Everyone at Sheffield Wednesday took great pride from the latest strand of our long-standing partnership with the Sheffield Children’s Hospital on Saturday.

The FA Cup fifth round tie with Premier League Swansea at Hillsborough saw the Owls players don the one-off shirt sleeve design dedicated to the hospital on a special day of action.

The FA Cup allows football clubs the opportunity to wear alternative logos from those of the Premier League and EFL on players’ sleeves. With this in mind, Wednesday worked hand in hand with the Children’s Hospital to generate invaluable exposure for this wonderful cause.

And with the tie broadcast live on BT Sports and BeIN Sports around the world, plus highlights on BBC’s Match of the Day domestically, the perfect platform was in place.

The Owls also wore Children’s Hospital tee-shirts for the pre-match warm-up before the action got underway, during which the giant screen hosted text donation numbers, enabling supporters to pledge much-needed cash to the charity arm of the hospital.

As well as the Twitter accounts of Sheffield Wednesday and the Children’s Hospital spreading the word through the afternoon, the official Emirates FA Cup account jumped in on the action to further increase awareness. 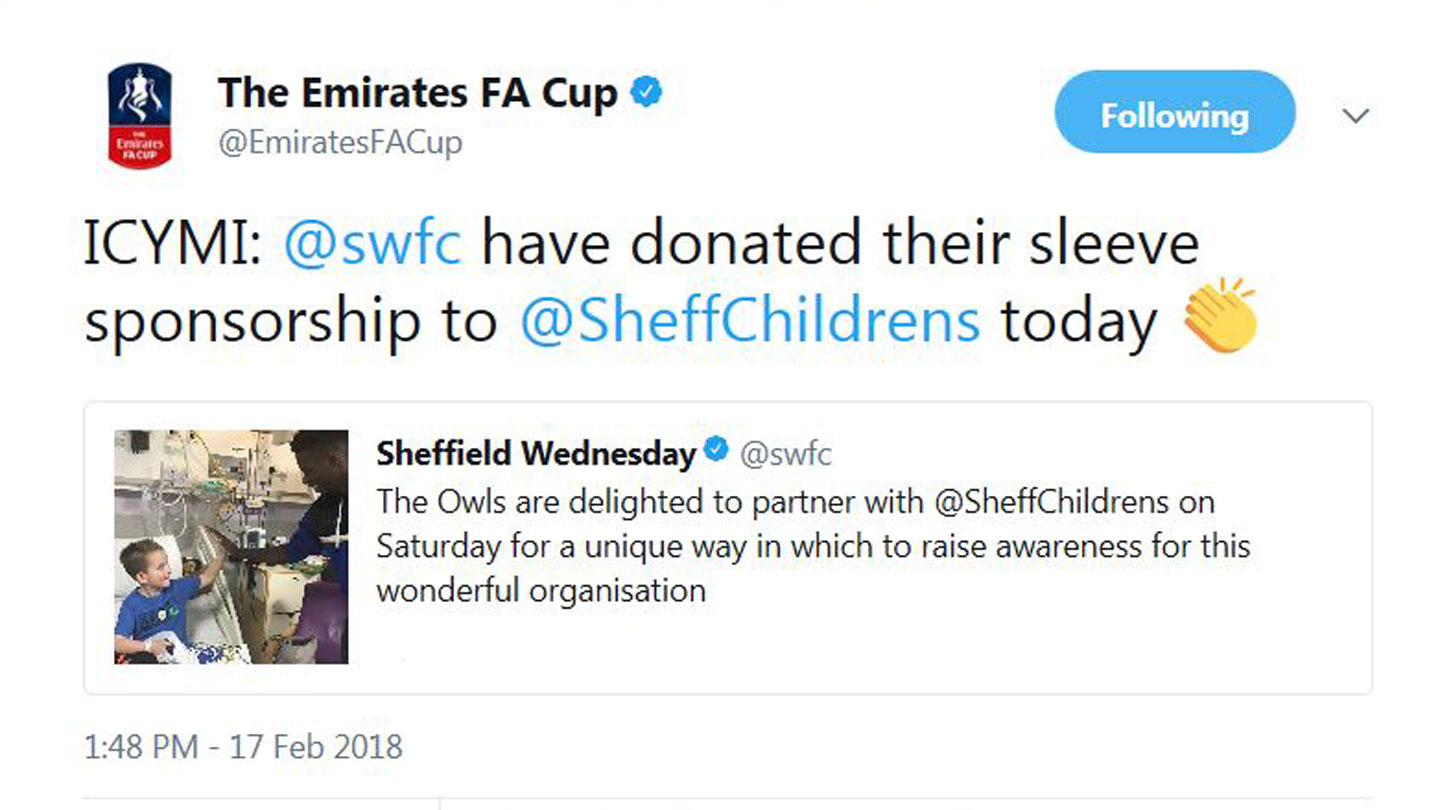 While the match was on, viewers all over the globe saw regular shots of the hospital branding on the Wednesday shirts and following the game, the next phase of the initiative kicked in.

Each and every shirt worn by the Owls was donated by the club to the Children’s Hospital, who proudly left Hillsborough with their haul before facilitating an online auction, with all proceeds going directly to the charity.

Owls skipper Glenn Loovens said: “We are proud of our long relationship with the Children’s Hospital that goes back many years.

“The FA Cup is renowned all over the world and the TV audience for the match made sure the message went global.

“The hospital desperately needs additional funds to those provided by the NHS every year and if we can help raise that awareness – and shout about the incredible work they do for our children in the region – it gives us a fantastic feeling.

“The match may have been a draw but the big winner on the day was the Children’s Hospital.” 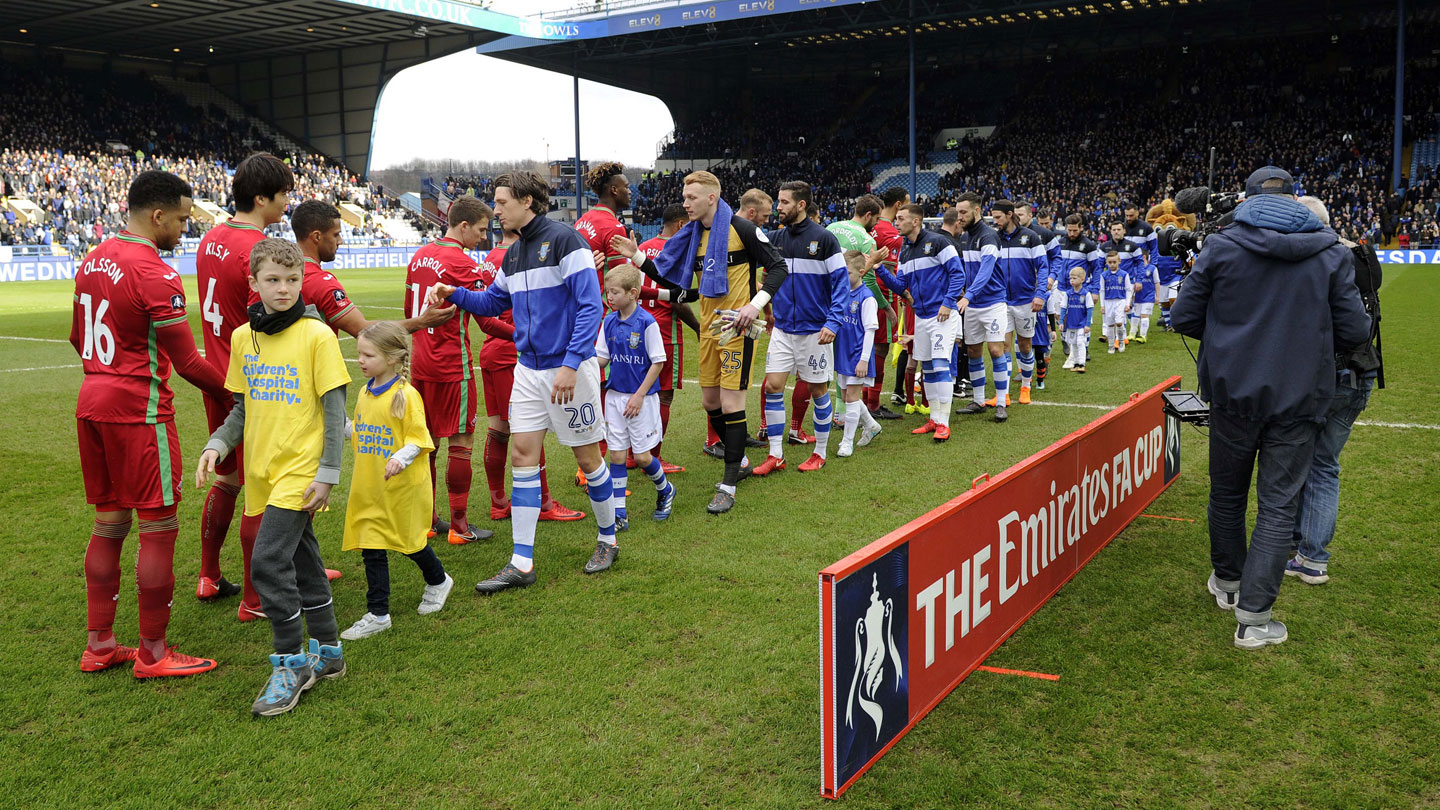 David Vernon-Edwards, Charity Director of the Children’s Hospital, added: “This fantastic gesture by Sheffield Wednesday will help us to continue to make a massive difference to the lives of our young patients and their families for years to come.

“Being one of only four specialist children’s hospitals in the UK, Sheffield Children’s Hospital treats young patients from all across the UK and overseas.

“Thanks to the generosity of our supporters the charity is able to fund areas such as specialist medical equipment which is above and beyond standard NHS provision. This all helps to ensure that Sheffield retains its world class status in child healthcare.

“Our huge thanks to SWFC, the players, the staff and supporters for your continued support.”

At the hospital itself, the stunning ‘Sheffield Wednesday Bedroom’ funded by our players and supporters last Easter via the hugely successful ‘Give it Up’ campaign is nearing completion. 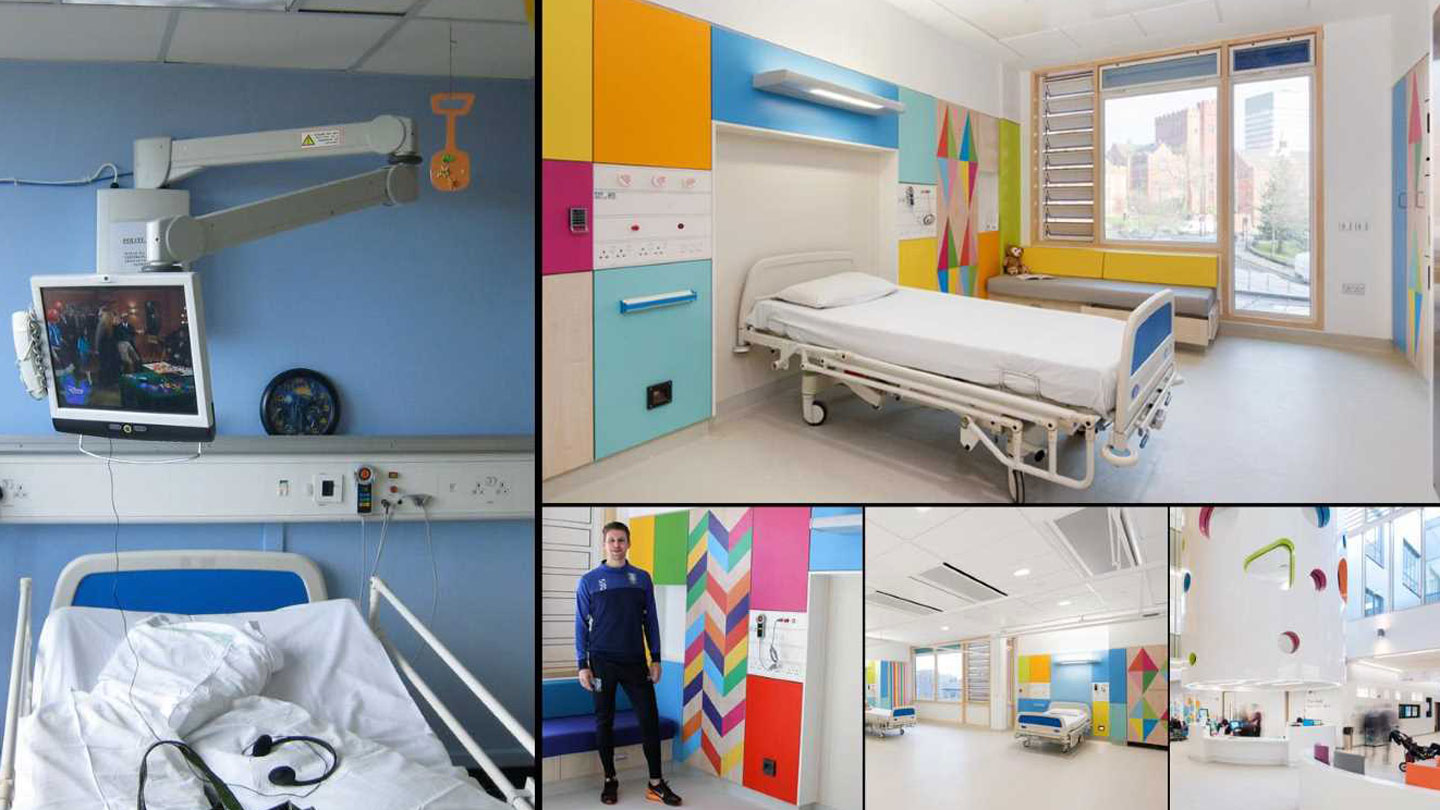 Watch this space for further details and images and in the meantime CLICK HERE to keep track of the shirt auction facilitated by the Children’s Hospital charity.