The Owls are delighted to announce the return of the Multi-Year Season Ticket, giving supporters the opportunity to secure their seats at Hillsborough for up to five years.

There are savings for all age groups through the duration of the deal - and for each year fans commit, the cost comes down in price.

From the 2018/19 campaign, as well as the usual Early Bird options, supporters will also have the option of purchasing a two, three, four or five-year Season Ticket.

Owls chairman Dejphon Chansiri told swfc.co.uk: "The three-year Season Ticket launched in 2016 was a very successful initiative and warmly received by our supporters.

"Many have asked if we would do something similar in the future and I am pleased that we are now in a position to release the five-year Season Ticket.

"The feedback from our supporters is very important to me as chairman and I will always do my best to give the fans want they want where possible.

"Loyalty to me is a big word with deep meaning and it gives me pleasure to reward the fans who show their commitment to our team and our club over as many as five seasons.

"Of course, I know that not everyone will be able to buy for the full five years so supporters have the option of buying a Season Ticket for any duration from one to five years.

"It is also important as a community club that we are positioned at the heart of pioneering initiatives so I would like to make this offer to all our fans, across all age groups.

"The key thing for me is that the longer our supporters commit, the better the value they receive.”

Aside from the benefit of the cost decreasing with each year, the offer remains irrespective of the division in which Wednesday are plying their trade.

So, for example, if the Owls are playing in the top tier in year five, you could be watching Premier League football at Hillsborough in 2022/23 for less than you pay for Championship football now!

Prices for a full five-year Season Ticket equate to attending each and every game at Hillsborough for just £18.04.

Supporters who have one year left to run on their existing three-year Season Ticket can also extend by a further one, two, three, four or five years. 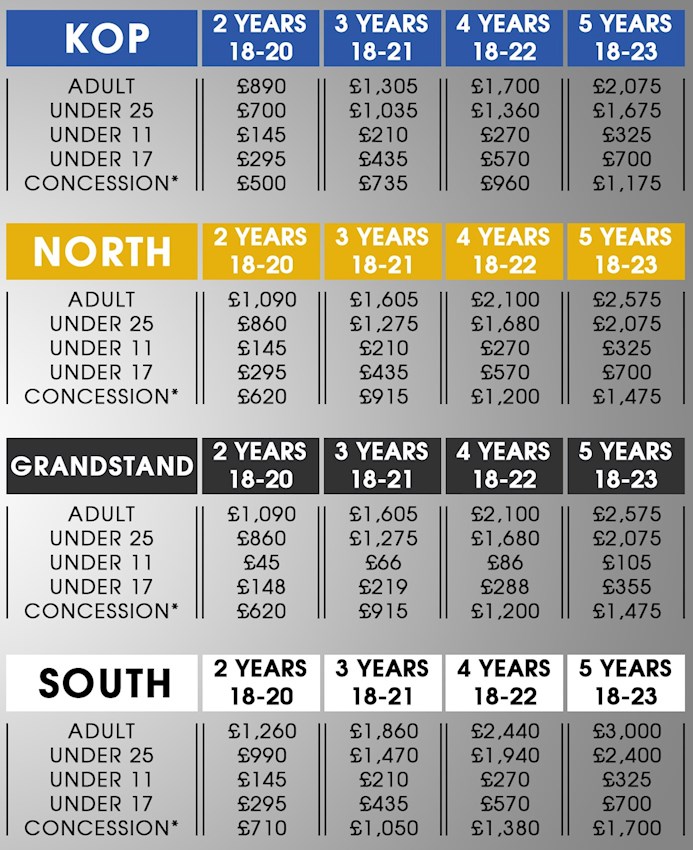 Due to financial regulations against Credit Card purchases against such products, we regret that we are unable to accept Credit Card payments for Multi-Year Season Tickets but we can offer a finance product to spread the cost over 20 months with V12 finance*. Due to the payment restraints these are only available to purchase in person at the Owls Megastore.

The Ticket Office will be extremely busy during the Early Bird and Multi-Year Season Ticket period, so supporters are advised to purchase as early as possible as the nearer the deadline, the busier staff will be.

Supporters can request a call back from the Ticket Office by emailing ticketenquiries@swfc.co.uk with their client ID, purchaser request and daytime contact numbers. A member of the team will then call back at the earliest convenience.

* Six, ten and 20-month options are available to spread the cost of your Multi-Year Season Ticket. Each option includes an administration fee which is taken on the first payment 30 days after signing up. Rate for six months is 6.25%, ten months is 6.5% whilst the 20-month option is 7.9%.