Lucas Joao will steal the headlines, with his goals either side of half time ending the Rams’ 12-match unbeaten run.

But the Portuguese was part of an impressive all round team performance that earned the Owls their first Championship success since Boxing Day.

Wednesday made a positive start under the Hillsborough lights, with young debutant Sean Clare seeing plenty of possession in the engine room.

It was he who drilled an early shot narrowly wide as the Owls made their intentions clear from the off. 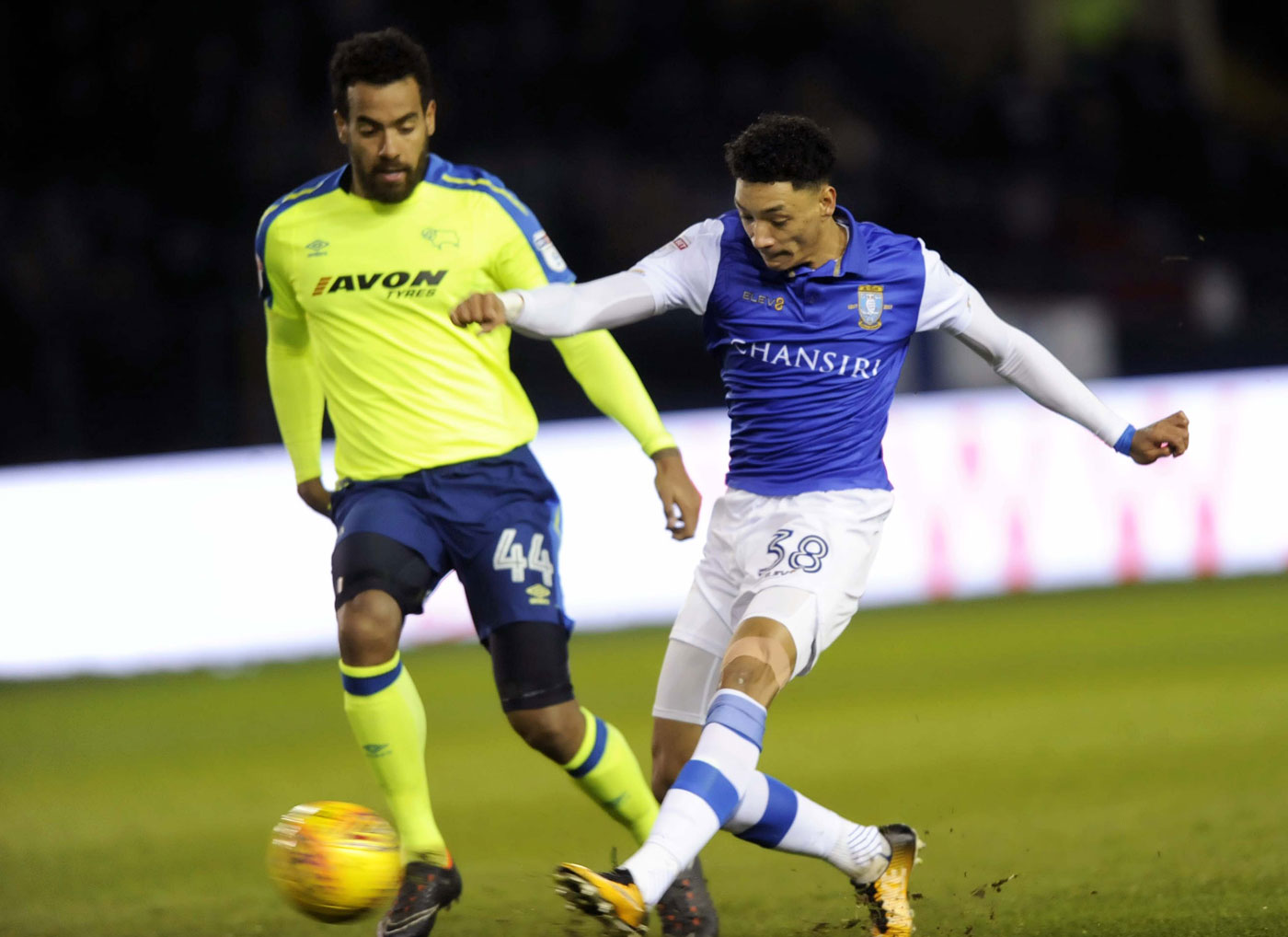 And on 18 minutes, they deservedly took the lead. Adam Reach sprayed a super diagonal ball to the marauding Jack Hunt, who showed sublime control before teeing up Joao to apply the finishing touch from 12 yards.

Derby responded with David Nugent having a fierce hit charged down by Daniel Pudil and Chris Baird found Andreas Weimann in space but the Austrian headed wide.

The Owls, though, reclaimed their dominance and ended the first half as they began, squarely in the driving seat.

And it was more of the same just two minutes into the second period as Wednesday doubled their lead.

The hosts orchestrated a neat four-man move that ended with Joao unleashing an unstoppable drive from distance that whistled into the bottom corner. 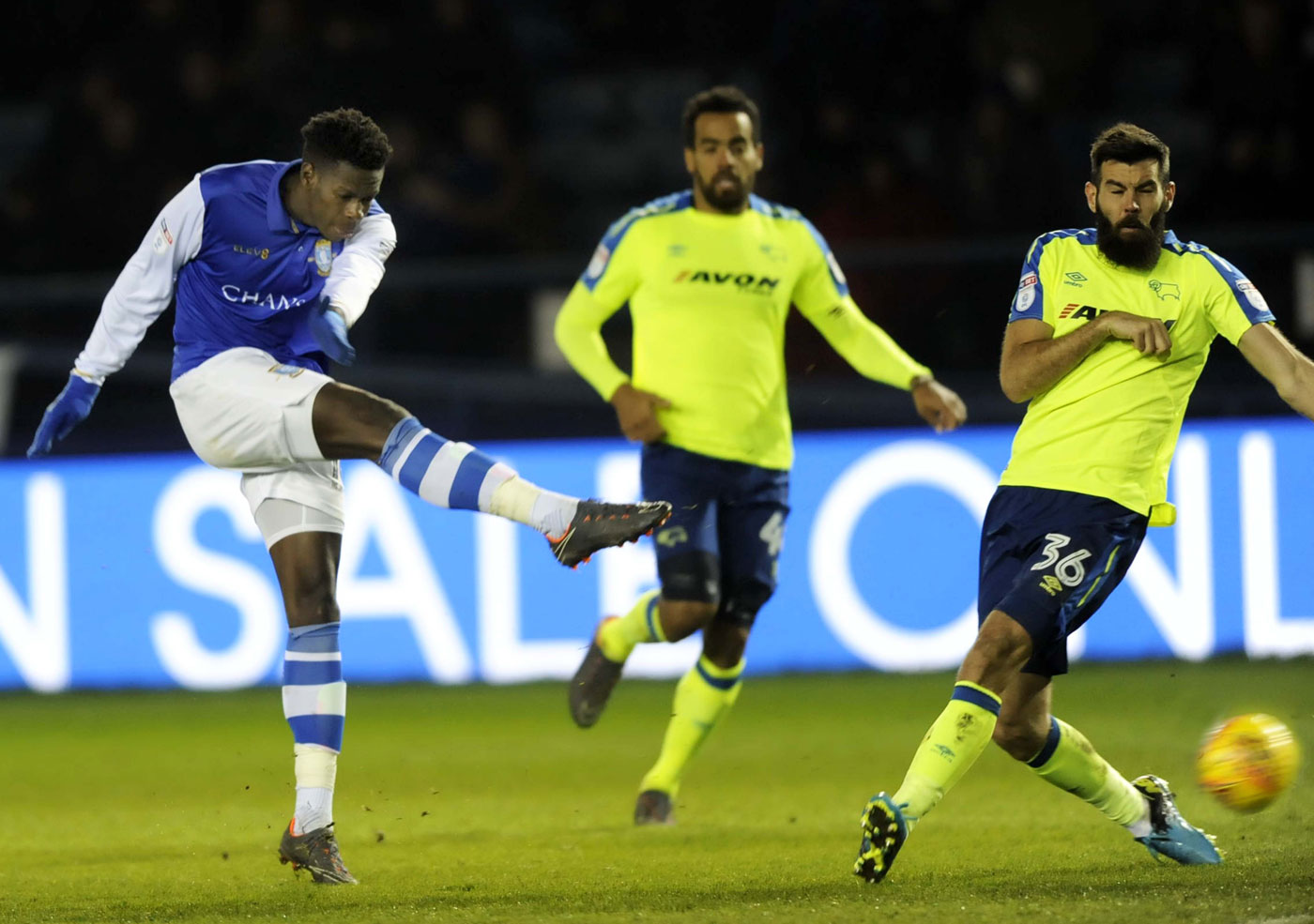 Derby were stunned into action by that quickfire setback and Tom Huddlestone had a rasping daisycutter deflected wide.

Joe Wildsmith denied Weimann with a smart reflex save as the Rams had little choice but to pour numbers forward.

Wildsmith then thwarted Matej Vydra with his legs on the hour and the same player fashioned but mishit one of his side’s best chances on a frustrating night for the Midlanders.

For the Owls, only the reverse was true and they played out the closing stages with an air of welcome confidence ahead of hosting Premier League Swansea in the FA Cup fifth round on Saturday.