Atdhe Nuhiu fired home his fourth goal in six games on Saturday in the South Yorkshire derby at Barnsley.

The striker broke the deadlock at Oakwell, confidently dispatching his penalty in front of the sold out contingent of Owls fans behind the goal.

For Nuhiu, the key thing now is to stick together and fight hard for every point, starting on Tuesday when the Owls host Derby at Hillsborough.

“It was one point we got out of this derby and overall maybe it was a fair point for both,” he said of Saturday’s clash with the Reds.

“Sometimes when you are in these kind of situations, not everything goes your way but the most important is we are all together.

“The players we have available are sticking together and fighting for each other.

“After the game against Birmingham last week, the Barnsley game was the first step. 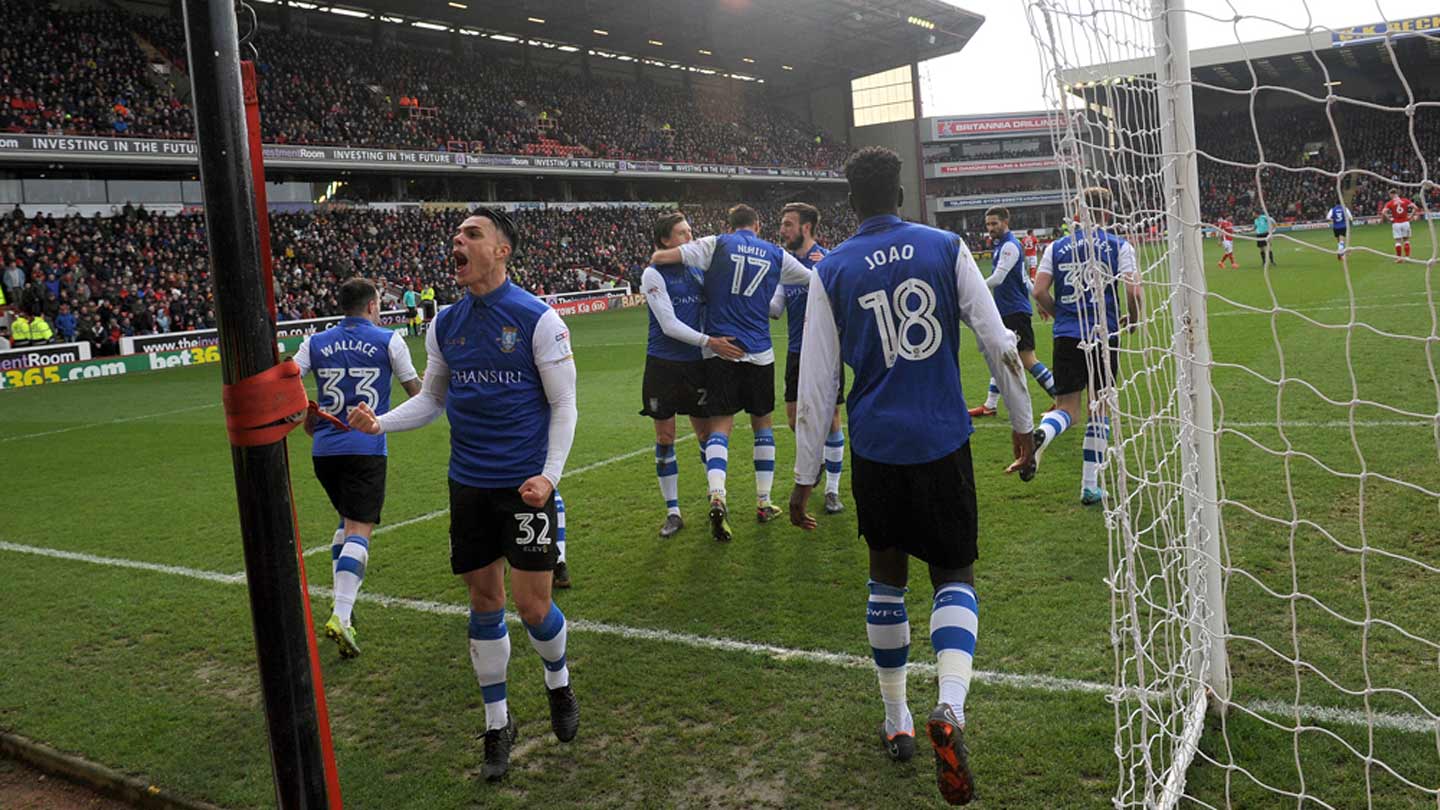 “Obviously it is tough right now, if you look at the bench there were three players from the Under-23s but the positive for them is that they are getting the opportunities.

“We have good players here, I have trust in all of them and the manager does also.

“I didn’t see one player hide, the fans could see we were trying. This season, everything isn’t going our way but this happens in football.”

Next up is a clash against the high-flying Rams, who occupy second spot in the Championship but Nuhiu welcomes the opportunity to face one of the form sides in the division.

He added: “Now we play at home where we have another three points to challenge for and another positive performance to make.

“I always look forward to the games and I try to help the team and give my best all the time.

“I won’t hide from anything, you need to take your opportunities to score in these difficult situations.

“The new manager has given me confidence, he believes in me and I try to repay that but not just to him, but to the team.”