Cameron Dawson has praised the open pathway available to the younger members of the squad ahead of the Owls’ FA Cup fifth round replay at Swansea on Tuesday night.

The 22-year-old goalkeeper is one of a string of fledgling players who have graduated to the first team of late, the latest strand of which will see Dawson line up between the sticks at the Liberty Stadium.

Speaking to the media at Middlewood Road on Monday morning, Dawson said:

“As a local lad myself, playing for Wednesday means everything to me and to see the opportunity is there is a real boost.

“It’s the same for the other young lads who have come into the squad, there is a clear pathway into the first team set-up. 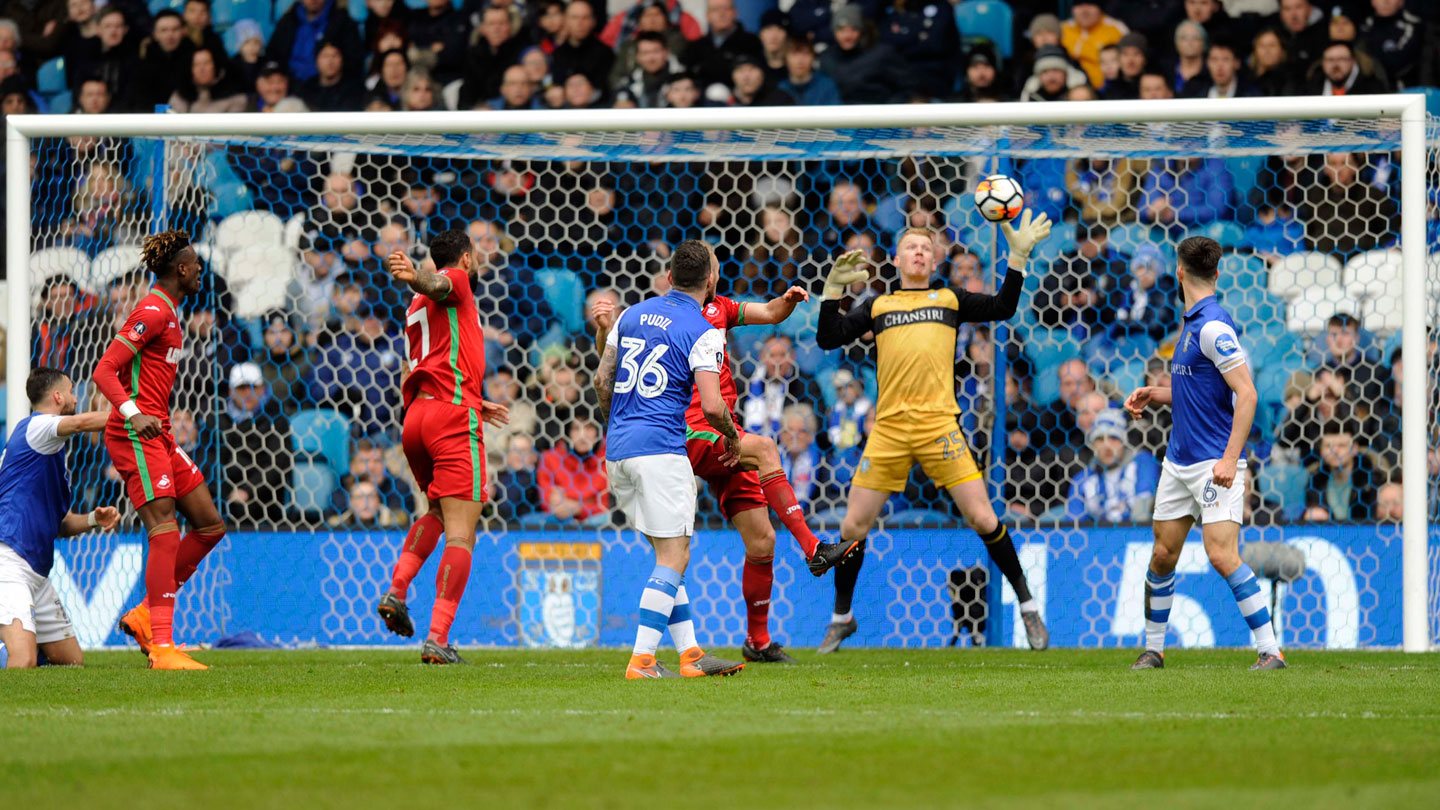 “It’s a great time for the academy right now to see their hard work paying off.”

It was a stunning save from Dawson that effectively sent the fifth round tie back to South Wales, the Sheffielder denying Mike van der Horn with a world class save.

Asked to recall the moment of the match at Hillsborough the first time round, Dawson smiled:

“It was instinct really. I was waiting for Kyle Naughton to cross and as a keeper you always have an eye on what’s going on around you, and their lad got a good contact.

“It was a reflex save and thankfully I got enough on the ball to tip it over the crossbar.

“We have another crack at it now and with a reward of the quarter finals, we will be going there giving our all.”