As the 60th anniversary of the Munich air disaster approaches, our ‘Yesterdays’ feature focuses on the incredibly emotional night at Old Trafford which came 13 days later.

The story begins on 6 February 1958, when the Manchester United side known as the 'Busby Babes' were returning from a European Cup clash with Red Star Belgrade in Yugoslavia.

The Reds had won over two legs by an aggregate score of 5-4 to advance to the semi finals. 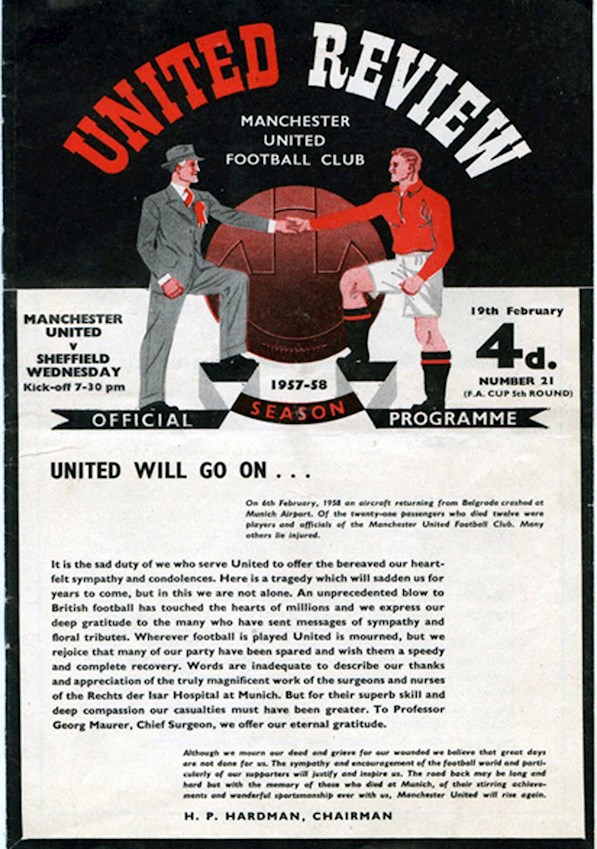 Club staff, journalists and fans also lost their lives in the disaster.

There was speculation that the club would fold given they may not be able to fulfil their fixtures but United managed to complete the 1957/58 season.

Their first game post-Munich was an FA Cup tie against the Owls on 19 February 1958.

A makeshift Reds side won the fifth round tie 3-0, with the match programme, titled ‘United Will Go On’ showing the poignancy of the evening, leaving the home team blank. 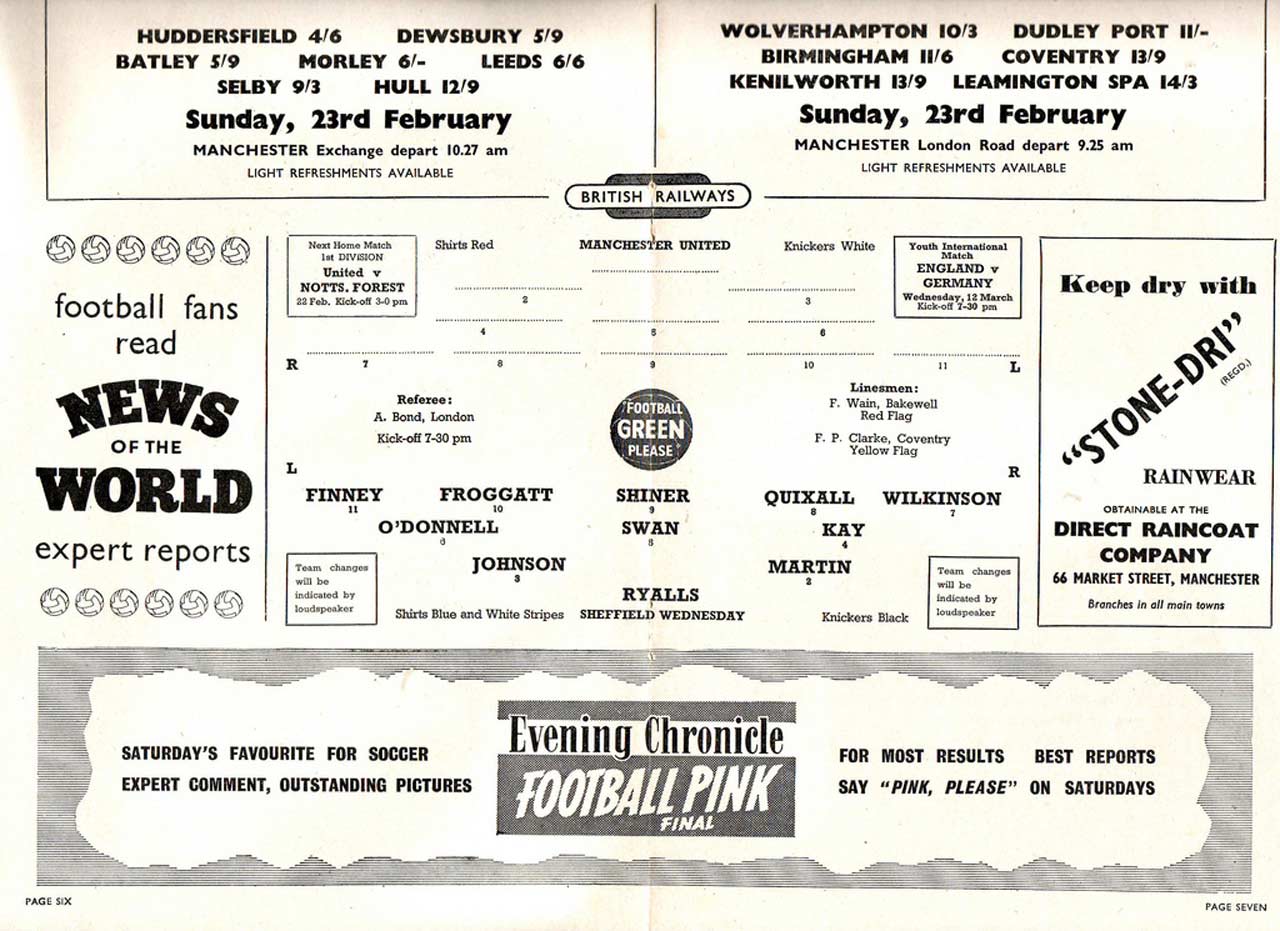 Tomorrow, Tuesday 6 February 2018, marks the 60th anniversary of the Munich air disaster and the thoughts of Sheffield Wednesday remain with all those affected by the tragic events of 1958.