The Owls Under-18s were recently paid a visit by inspirational speaker Charlie Fogarty.

Charlie founded a football team for people with disabilities after his own career was ended by a car accident.

The 21-year-old was a former academy player at West Brom and Birmingham City until he suffered severe injuries after being hit by a car at the age of 15.

Fogarty was in a coma for six months before spending a further ten months in rehab learning to walk, talk, eat and drink again.

The youngster set up the Solihull Moors FC open age disability team aged just 18 and has gone on to use his experiences to prove that ‘anything is possible’ with the right outlook and was amongst the youngest people on the New Year Honours list.

Charlie has also defied the odds by returning to action, representing Northern Ireland in the Cerebral Palsy World Cup and becoming the player-manager of the Moors Open Age Disability team. 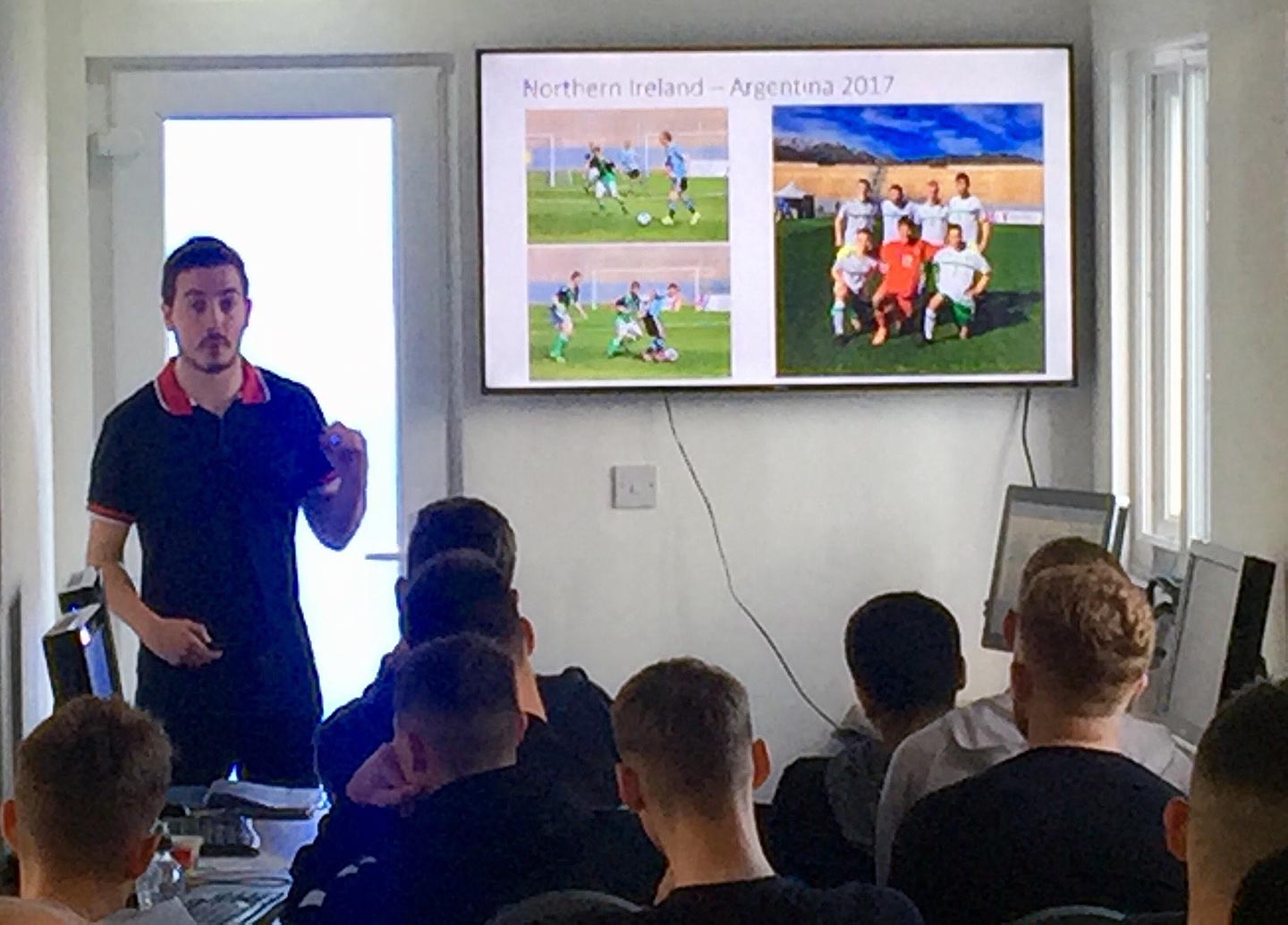 Head of Education and Welfare Dan Potts said: “If Charlie can’t inspire young players to work at being the very best they can, then I’m not sure who can!

“This inspiring and incredible young man talked about his journey to overcome adversity and his return to playing football.

“He conveyed this with a great sense of humour and our apprentices really engaged with him during the talk.

“I was delighted to see Charlie honoured with an MBE in the recent New Year Honours list.”