Joe Wildsmith has lavished praise on the team following a battling performance at Bramall Lane on Friday evening.

Wednesday posted a point from the Sheffield derby in difficult conditions, playing the final 25 minutes with ten men.

Captain Glenn Loovens was dismissed on 65 minutes, picking up his second yellow card, but the Owls stood firm in the Steel City clash and Wildsmith said:

“I just think it was a tough match but we fully deserved to come away with a point.

“Especially how we went down to ten men but with the new manager coming in, he’s changed the formation and we’ve had four days to work on it.

“We’ve worked hard to get it right and I think it shows what the lads are capable of after such a short time.

“We had a plan, we were solid and we have a clean sheet to show for it.” 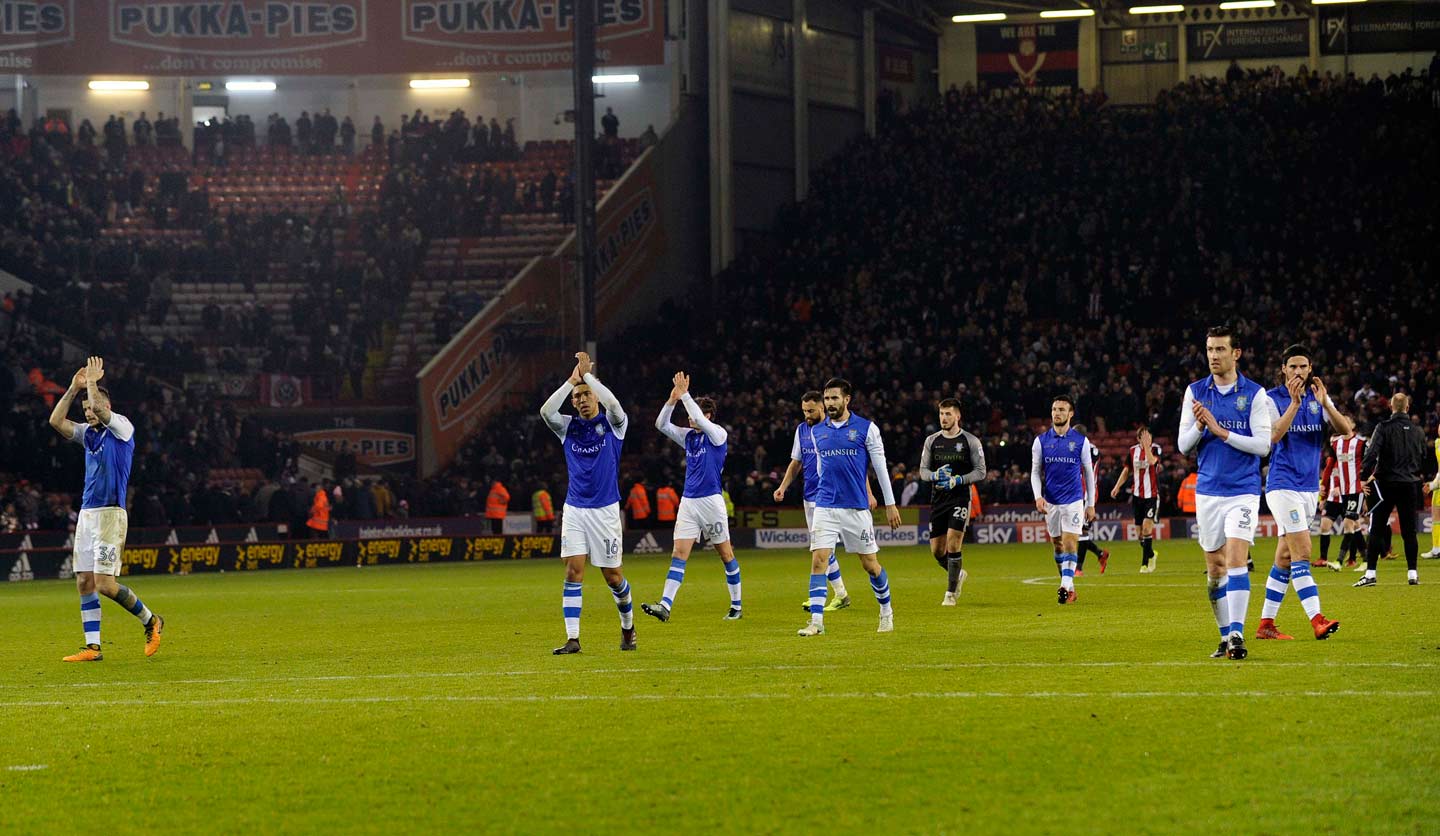 Wildsmith produced one of the moments of the game five minutes after the restart.

Clayton Donaldson’s header looked to have the beating of the Owls academy product but Wildsmith adjusted to make a spectacular save to tip the ball over the bar.

“I didn’t think I was going to save it, I genuinely thought it was going in,” he told swfc.co.uk.

“It’s a proud moment for me, I’ve got a split family in terms of football. I’ve got uncles in the Kop and my mum and dad in the away end so it’s a special day.

“It’s always nice in a Sheffield derby, I’ve grown up with it and it’s a fixture I know very well.

“But all credit to the team, we stuck together and we’re happy to take the point and move on.”