Wednesday slipped to a 3-0 defeat to Burton on New Year’s Day at Hillsborough.

The signs were promising when Joe Wildsmith saved an early penalty but goals from Tom Flanagan, Lloyd Dyer and Tom Naylor put Wednesday to the sword.

It was a bittersweet start to what proved an afternoon to forget for the Owls, who conceded the spot-kick inside five minutes but Akins saw his effort superbly saved by Wildsmith.

Jacob Butterfield was probably the most relieved man in S6 as it was the midfielder’s misplaced pass and subsequent trip on Will Miller that led to the award.

But Wildsmith came good, diving to his left to parry clear and boast a second successive penalty save on home soil.

The Wednesday keeper, though, was powerless to prevent the visitors taking the lead on 37 minutes.

Flanagan picked up possession ten yards outside the penalty area and slalomed his way into the box before blasting high into the net.

The Owls came close to drawing level just ahead of the break when Adam Reach teed up Jordan Rhodes with a deft cross but the latter’s header fell into the grateful arms of Stephen Bywater.

Then things took a turn for the worse for the Owls five minutes into the second half when Burton doubled their lead.

Akins sent Dyer scampering in on goal and the former Leicester winger kept his cool to slot beyond the advancing Wildsmith.

Wednesday had little choice but to chase the game and both Rhodes and Reach went close to halving the deficit.

Atdhe Nuhiu fired into the side-netting before the big man unleased from 20 yards only to see Bywater save well at his near post. 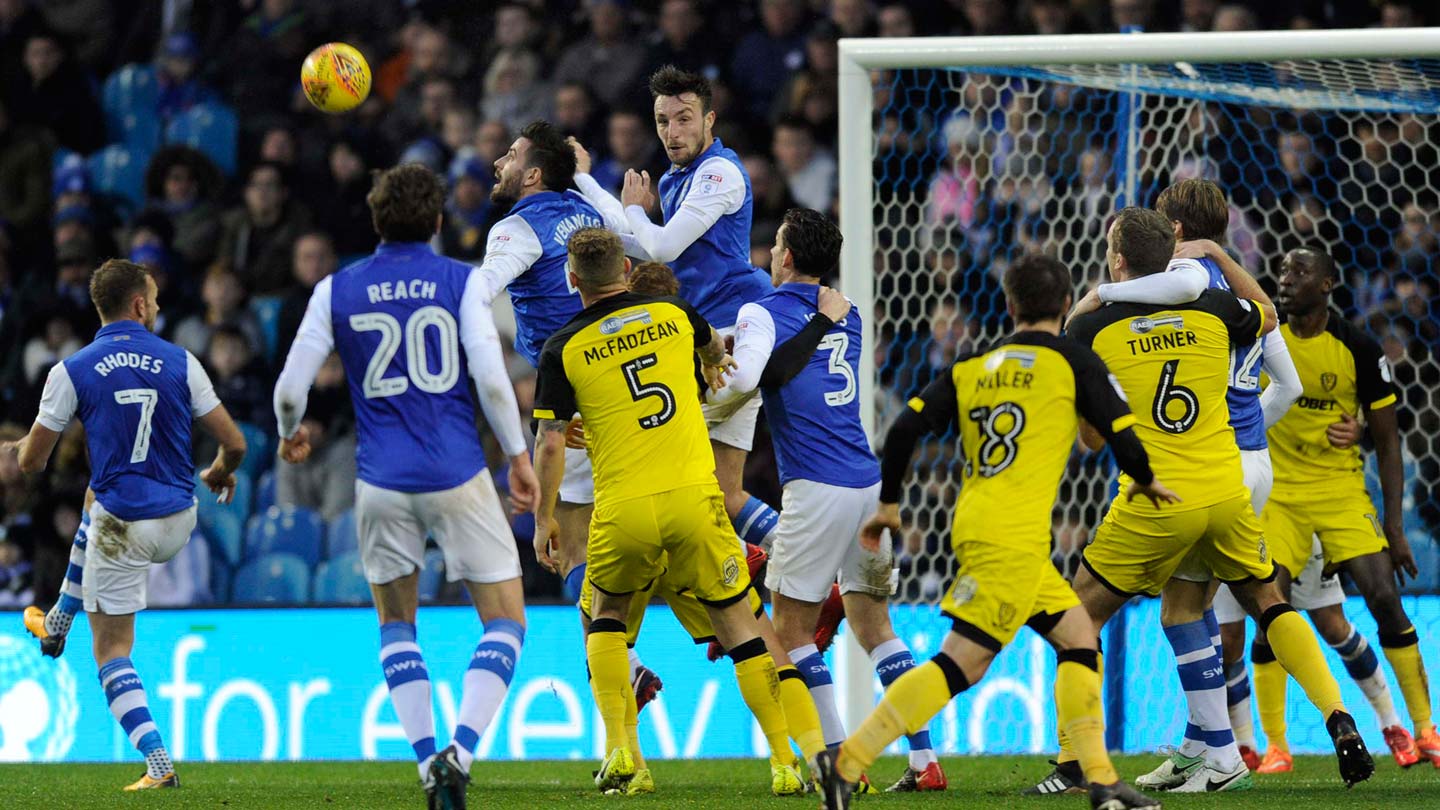 It was all Wednesday towards the end and Ross Wallace had a goal-bound shot deflected over the bar by Jake Buxton.

But for all their toils, the Owls could not fashion a way through the wall of yellow and the danger was Burton breaking and adding to their tally.

And with a minute to go, that was exactly what happened as Dyer crossed low for Naylor to apply the finishing touch.