The Owls survived the big freeze but could not escape a convincing Bristol City side that eased to a 4-0 win.

For the Owls, a double header at Hillsborough against Ipswich and Bolton is up next as they seek to climb away from potential danger.

Leading scorer Reid put down a marker inside two minutes, taking a Famara Diedhiou feed into his stride but firing over the bar.

Diedhiou chanced his own arm moments later with the same outcome but the hosts would not be denied and took the lead on 14 minutes.

That man Reid played a give and go with Brownhill and applied a calm finishing touch after advancing one on one with Joe Wildsmith on the angle.

Wildsmith was then tested by a Diedhiou long ranger to which he was equal before Atdhe Nuhiu hit the Owls’ first opening over just past the half hour mark. 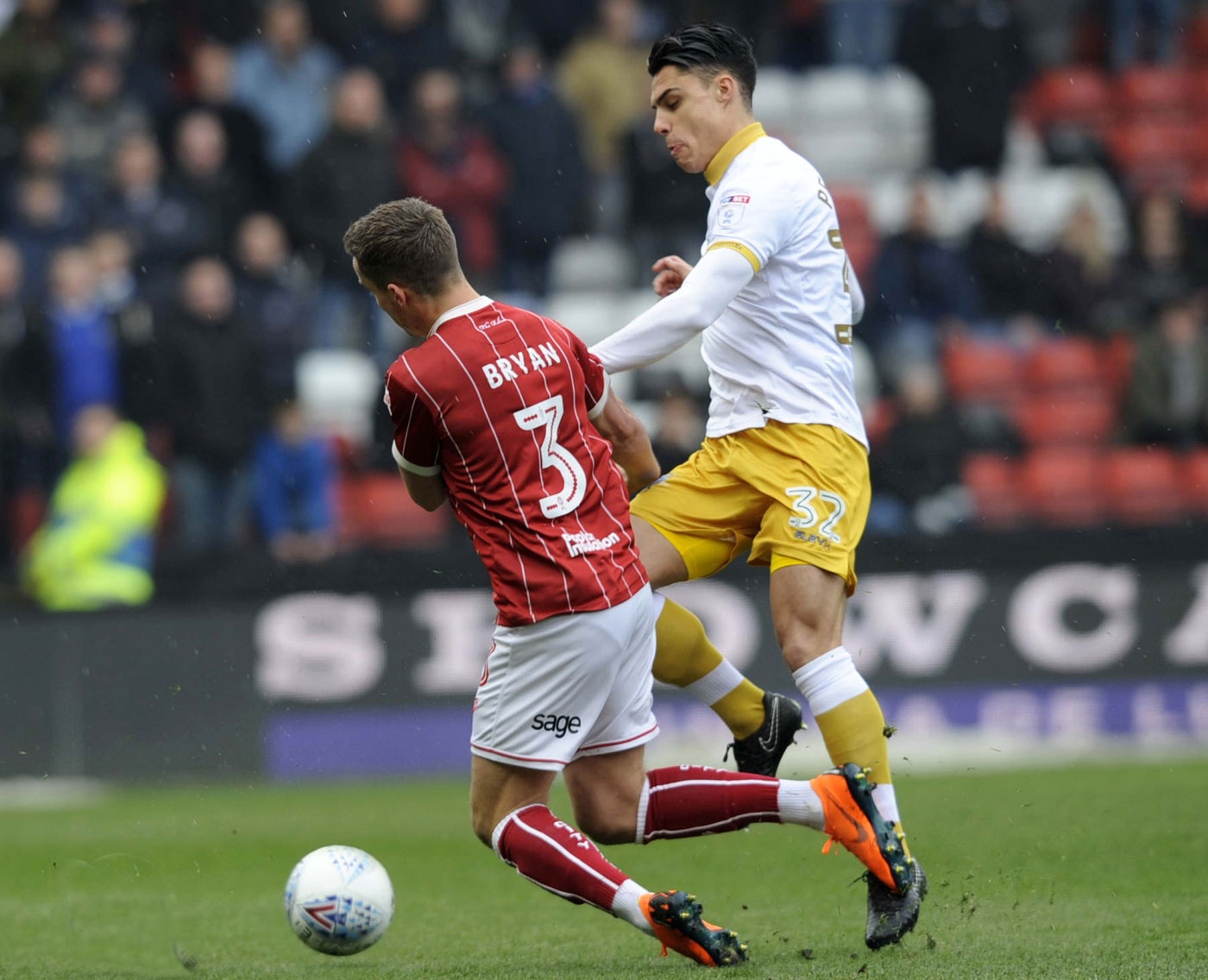 But the game reverted to type on 35 minutes as City doubled their lead.

It was another give and go with the same duo that did the damage, with Reid the main architect alongside Pack, resulting in the former stroking home from six yards.

There was no stopping the hosts, who made it 3-0 two minutes before the break. An intricate four-man move ended with Brownhill taking possession inside the box and burying a firm drive into the far corner.

The half time whistle sounded on the back of Lucas Joao going close but overall it was 45 minutes to forget for Wednesday.

They certainly upped the ante for the start of the second period and twice Nuhiu threatened from quick-fire Jack Stobbs crosses.

But it was not the Owls’ day and City struck again on 62 minutes. Joey Pelupessy was adjudged to have tripped Pack in the penalty area and Reid duly claimed the match ball from 12 yards.

From that juncture, the remainder of the game was academic. The Robins dominated play - Wildsmith prevented a fifth goal with a save from Korey Smith following Reid’s dribble - and ran the clock down with the points safely stored.