The original ‘Play up Wednesday Boys’ collage, designed by supporter Oliver Fozard will be on show in the Wednesday Tap from Friday.

The artwork was previously available as a poster in the Owls’ official matchday programme against Reading in the FA Cup in January.

The popular piece will take pride of place in the Wednesday Tap, which also houses the Sheffield Wednesday Dream Scene, from which Oliver’s design was inspired.

Oliver told swfc.co.uk: “At the beginning of the season I set about creating this collage, which soon turned out to be a great way for me to engage my daughters in both the importance of being creative and the importance of Sheffield Wednesday. 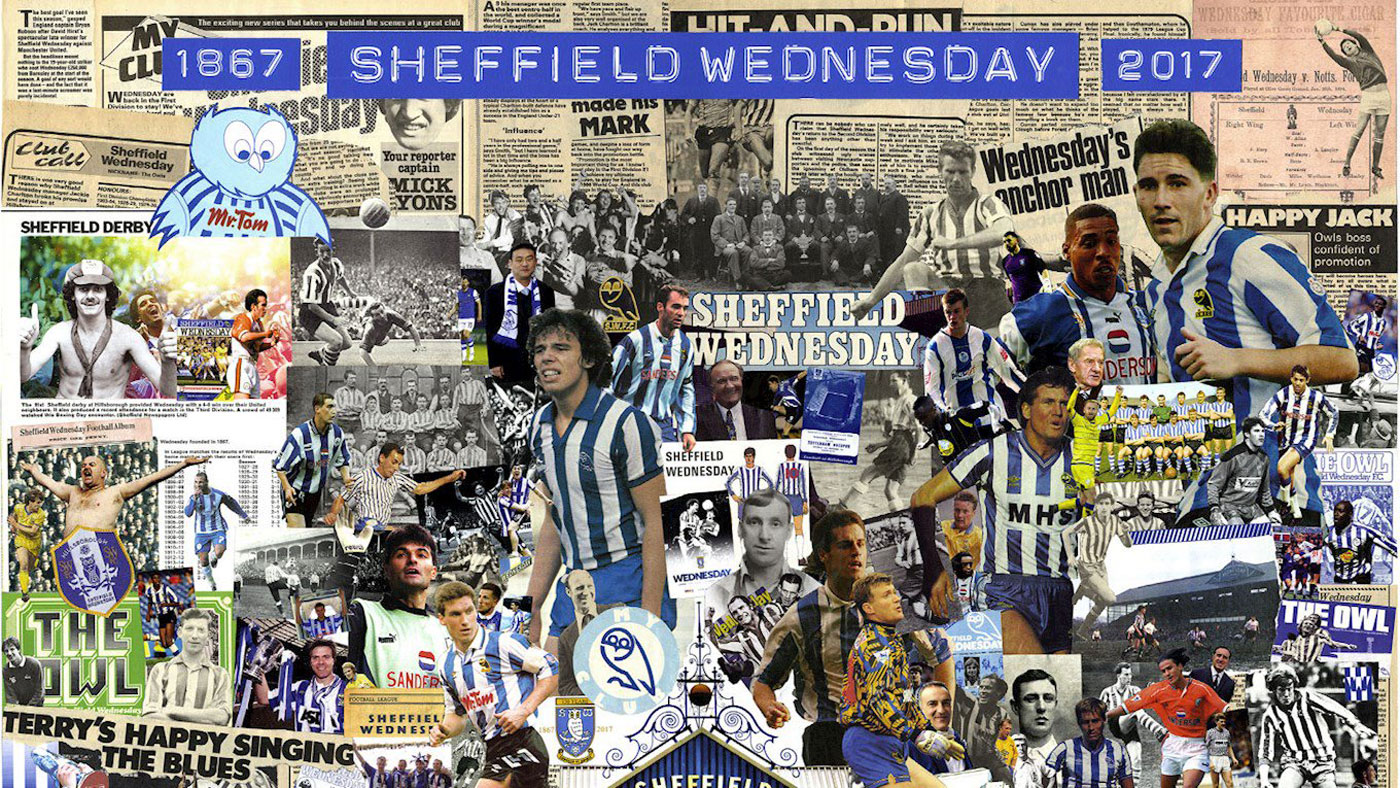 “Inspired by the club’s Dream Scene painting and a desire to do something with my collection of programmes and press cuttings, the collage is made up of the moments and the people that have contributed so many poignant and happy memories for the thousands of supporters of this historic footballing institution.

“I have tried to capture the horizon of the uncovered Spion Kop, using the blue and white photos on top of the old newspaper cuttings. As for the name of the collage, 'Play up Wednesday Boys' was a regular sound that could be heard from the terraces in the 1920s.

“I’m very grateful for the level of interest that the club has shown in my work.”