Owls fan Ian King has taken on a cycling challenge as he attempts to ride from Barnsley to Amsterdam, raising money for Prostate Cancer UK.

Supporters of teams throughout the UK will be taking part in the cross Europe cycle challenge and Ian, a lifelong Season Ticket holder at Hillsborough from Hackenthorpe, has registered for Wednesday.

The first part of Ian’s journey will begin on Friday 1 June, setting off from Oakwell, where he will ride to Hull.

After crossing to the Netherlands, the second day will see him cycle from Rotterdam to the Amsterdam Arena, a total journey of 145 miles! 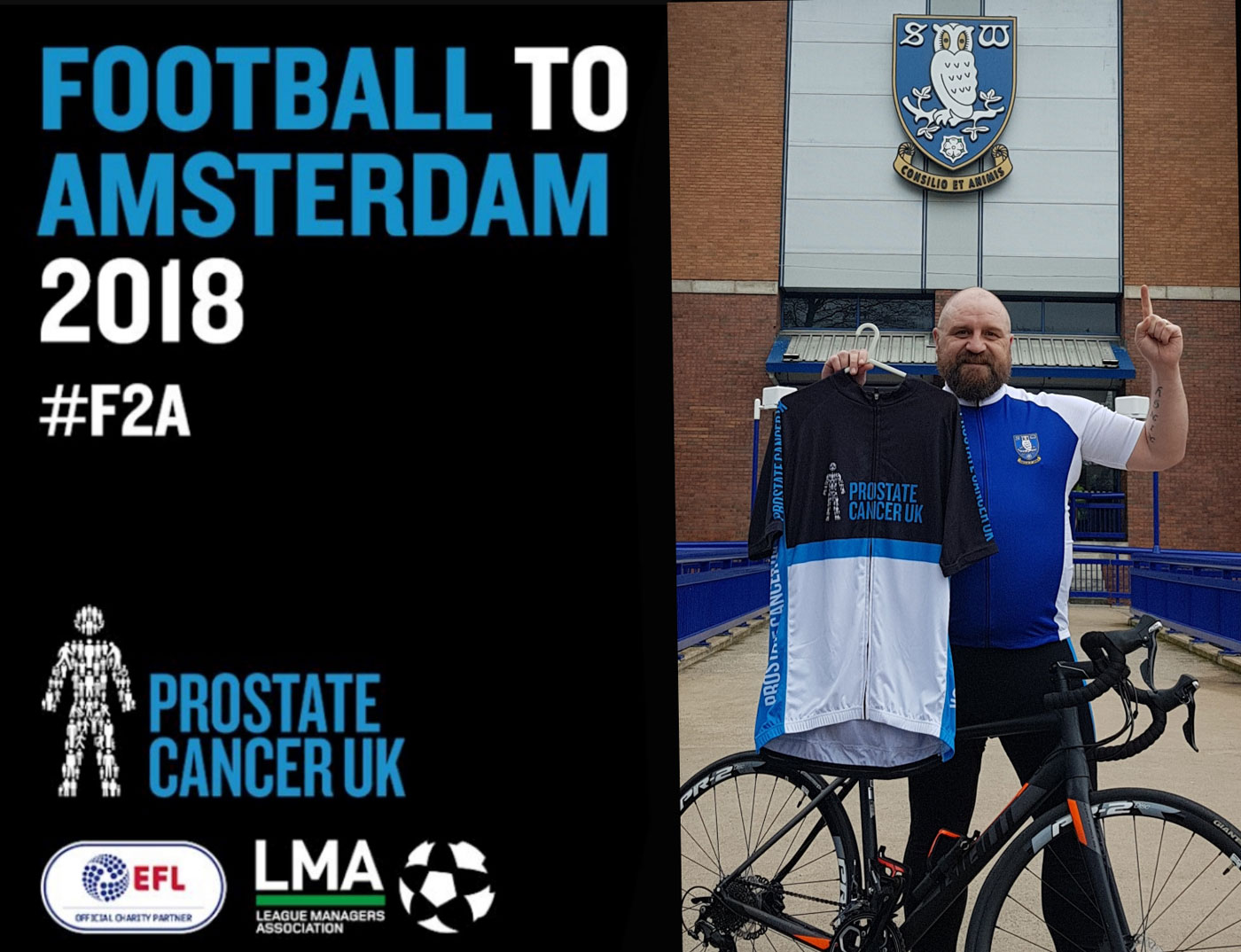 Backed by the EFL and LMA, the event will see over 200 football fans complete the ride to raise funds for the national cancer charity.

In the UK, approximately one in eight men will contract prostate cancer at some point in their lives, and PCUK funds research and helps people living with the disease.

Ian has raised over £1,000 so far, and you can help by donating to his JustGiving page by CLICKING HERE

Everyone at Sheffield Wednesday wishes Ian the very best of luck with his charitable challenge!