Owls goalkeeper Cameron Dawson said Wednesday had to dig and fight during their 1-0 win over Bolton at Hillsborough on Tuesday evening.

It was a game of few opportunities for both sides, but Wednesday skipper Tom Lees sealed victory with a towering header from a Joey Pelupessy corner, and Dawson said it was a big win for the Owls.

The young shot-stopper said: “It was massive we got the win.

“Bolton set out to frustrate us and really close those gaps and plug those holes. The first half wasn’t pretty, we had a bit of a go at half time and got a reaction.

“Everyone wants a perfect performance all the time, but we knew if it got tough that we were going to have to really fight and that’s what we did, so we are delighted with the three points. 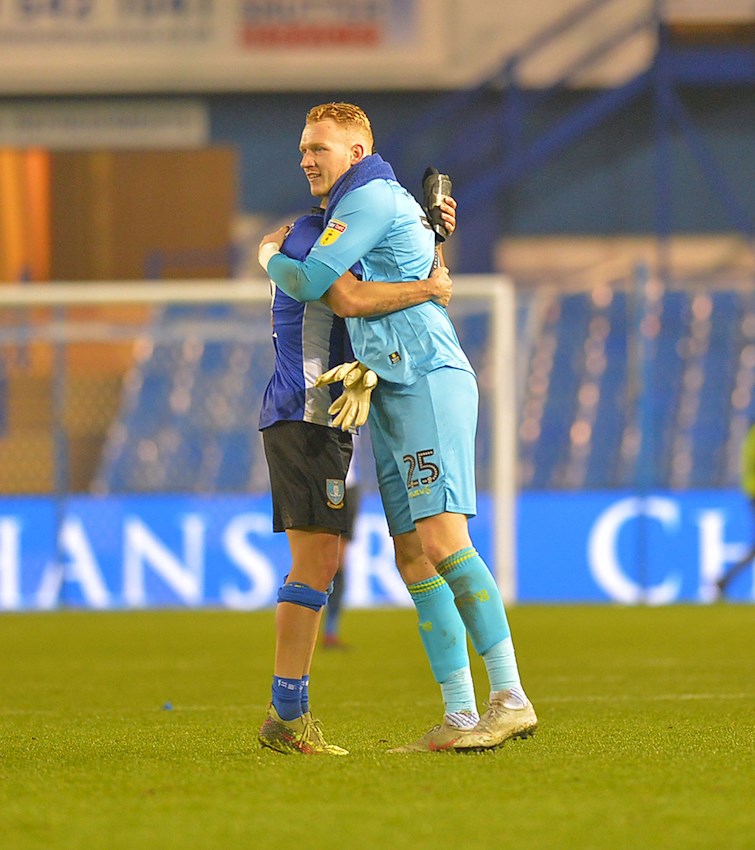 “Tom deserves that, to get his goal, I’m delighted for him.”

The win against the Trotters was the Owls’ second clean sheet in three games, a stat which pleased the Wednesdayite keeper.

He added: “The clean sheets are flying in now!

“It was nice to get my first one at Hillsborough, it’s taken a bit of time but we are getting there now, I thought we were really solid.

“I’ve been talking to the other goalkeepers and saying ‘when is that game going to come where I just have a nice steady game with little to do’, and fortunately that was tonight.

“If it was up to me, I’d have nothing to do all game and just pick up my clean sheet!

“We’ll be trying to go on a run going into the Christmas period now, the games come thick and fast and we’ll be looking to put more wins on the board.”