Owls goalkeeper Dan Wallis was involved in a lively FA Cup battle at the weekend for loan club Frickley Athletic.

The cup clash was not short of talking points as Frickley lost out 1-0 despite Wallis’ best efforts, with the Wednesday loanee saving two penalties.

Wallis was named in the starting XI for the second time in a week for the Blues, with his debut coming four days prior in Frickley’s 5-4 victory over Cleethorpes.

Following a goalless first half, the Mariners took the lead moments after the restart before Wallis came to the rescue to keep his side firmly in the fixture. 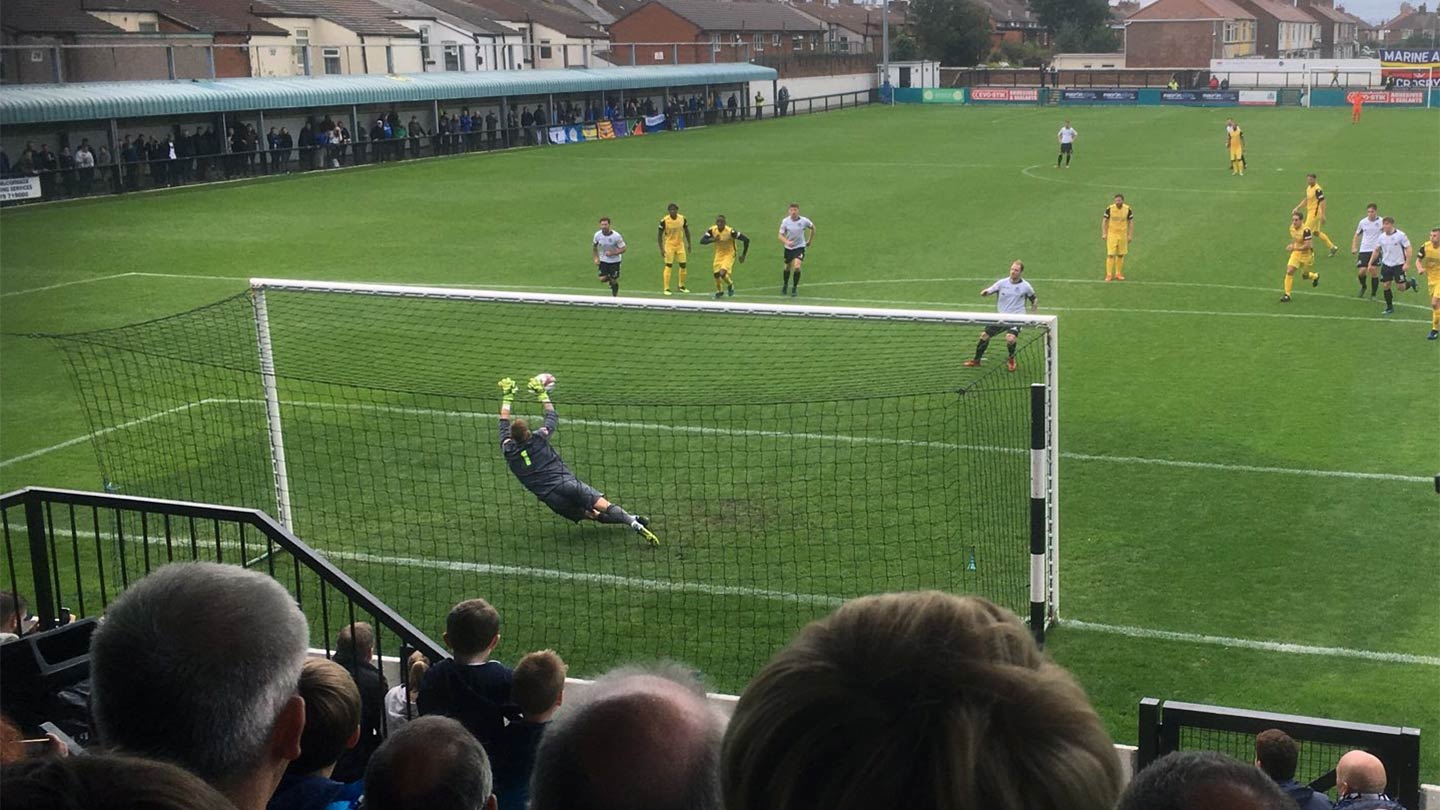 At 1-0 down, a penalty was awarded to the hosts and Frickley were reduced to ten men, but Wallis saved superbly from Danny Mitchley, who had earlier put Marine a goal ahead.

Then with ten minutes left on the clock, a second red card for Frickley left Spencer Fearn’s side with an impossible task away from home.

Still, there was time for Wallis to shine once more in stoppage time as Marine had another chance from the spot to make it 2-0. 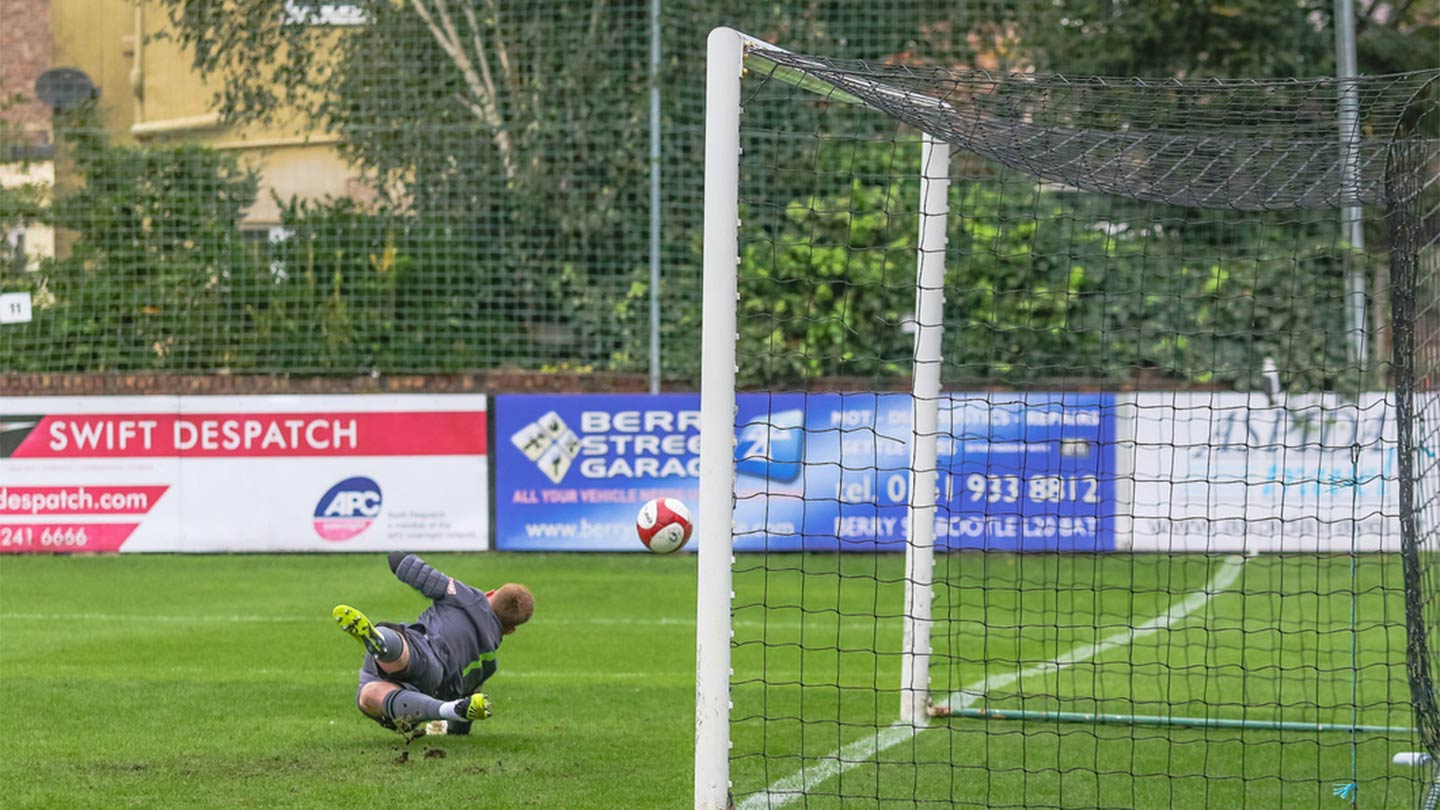 But the SWFC Under-23 shot-stopper won the battle with Mitchley again from 12 yards, successfully pushing the ball to safety with the final whistle sounding seconds later.