Ten-man Wednesday came back from 3-1 down to salvage a point in stunning style at Preston.

Jayden Stockley’s strike and a Tom Lees own goal put the hosts in command until Barry Bannan reduced the arrears.

With the Owls looking for a leveller, Preston broke and Alan Browne extended the advantage.

But a quickfire brace from Fernando Forestieri and substitute Atdhe Nuhiu turned the tide to give Wednesday a deserved share of the spoils.

Dominic Iorfa was sent off for dangerous play late on, which only added to the drama of a ding-dong Deepdale clash.

Wednesday were first to show in a thrilling encounter over the Pennines, with Bannan unleashing from range and Connor Ripley parried clear of the danger zone.

But just as the visitors were looking to assume control, the Lilywhites took the lead on nine minutes. 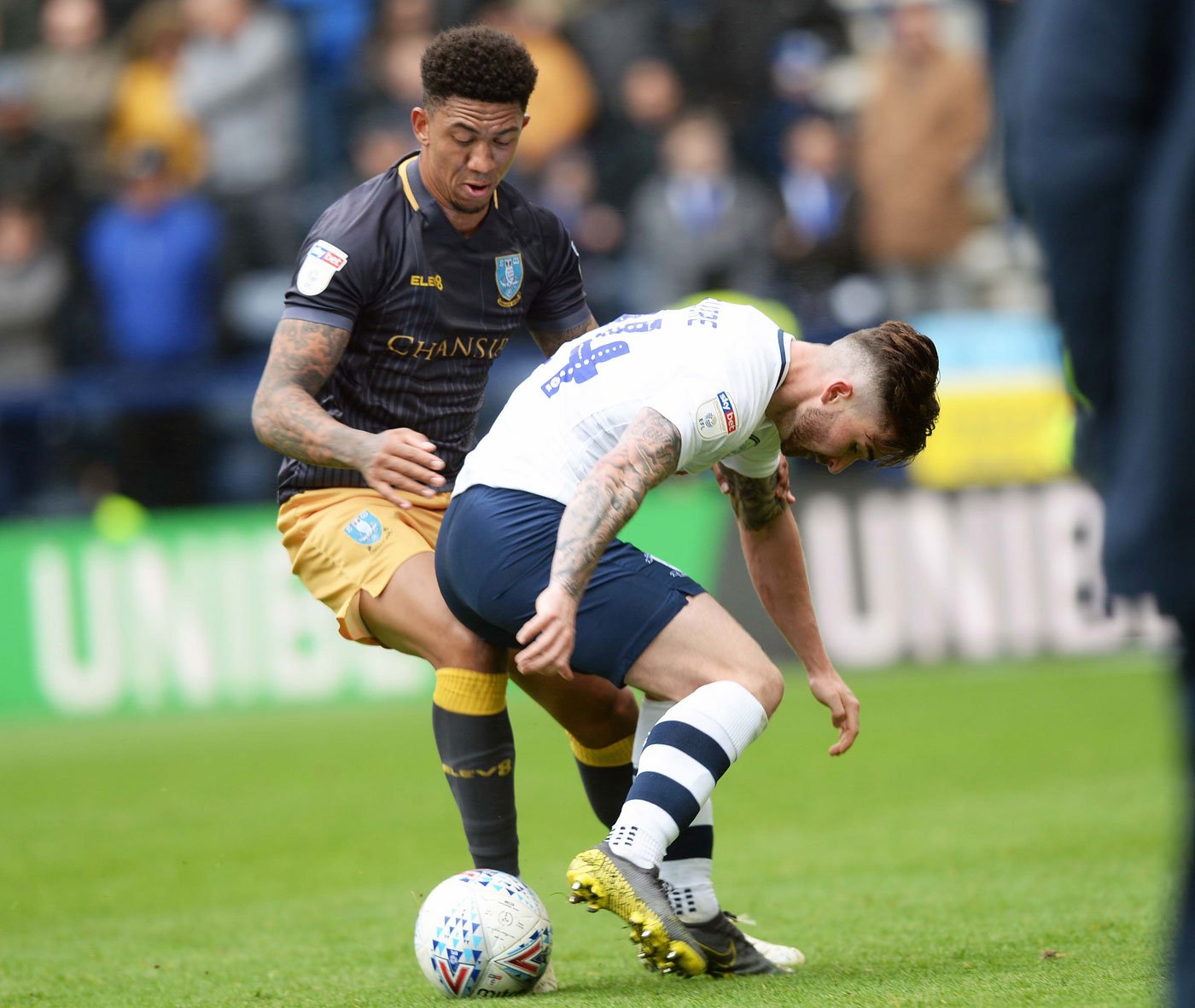 Callum Robinson delivered a telling ball right into the mix and Stockley was perfectly placed to head powerfully past Cameron Dawson.

Robinson turned from provider to poacher on 21 minutes, bursting inside the area on the angle but Dawson was equal to the low drive.

Wednesday countered on the half-hour mark when Steven Fletcher forced a fine save from Ripley but again, with the Owls sensing a goal, the hosts hit back.

Joe Rafferty and Sean Maguire combined down the right, the former’s cross clipped Michael Hector’s heels and deflected off the head of the unsuspecting Lees before bouncing into the back of the net.

Maguire slid narrowly past the post with half time looming, the Owls probably welcomed the half time whistle and they certainly welcomed the restart as Bruce’s men halved the deficit on 49 minutes.

A mini scramble in the box ended with Marco Matias cleverly teeing up Bannan and the Scot executed an unstoppable shot right into the top corner.

The goal triggered a sustained period of Wednesday pressure and Liam Palmer went close with a long ranger that curled the wrong side of the upright.

But not for the first time, Preston responded at exactly the right time and made it 3-1 on 62 minutes.

Robinson did well to find the advancing Brown, who looked up 18 yards out and slammed home to restore the two-goal cushion.

But the Owls refused to give up and with the clock counting down struck twice in as many minutes to haul themselves level.

First, on 76 minutes, Nuhiu crossed into the path of Forestieri and the Argentine nodded past Ripley in front of the travelling hoards.

Then Nuhiu got on the scoresheet himself two minutes later with a brave diving header to convert Bannan’s feed and send the travelling fans into raptures.

Iorfa saw red for a late challenge on Darnell Fisher before the Owls almost stole a winner at the last.

Kieran Lee – making his first appearance since December 2017 – crossed from the right having only been on a matter of minutes and fellow substitute Lucas Joao’s volley was headed off the line by Fisher.