Sheffield Wednesday are pleased to announce the launch of the 2019/20 Season Ticket second phase.

Anticipation is high for next term following our promising end to the current campaign under Steve Bruce, who has steered the Owls towards the coveted top-six.

Thousands of fans have already put their faith in Bruce to take Wednesday all the way in 2019/20 and Season Tickets are now back on sale, with big savings to be made all around Hillsborough.

First and foremost, prices remain frozen from this season. Consequently, adult prices start from just £505 on the Kop, with concessions as low as £280.

The club remain fully committed to the next generation of Wednesdayites and as such there is no increase for Junior Owls in the Grandstand Family Area. This means Under-11s can watch a complete campaign of football in S6 for only £23 – or a token £1 per game!

For Under-11s on the Kop or in the North Stand or South Stand, Season Tickets cost only £99.

The next age group of Under-17s in the Grandstand pay just £75, equating to just £3.26 per game. Across all other areas of the ground, Under-17s’ Season Tickets are priced £199.

All supporters looking to secure their seat for 2019/20 season in phase two have until Monday 3 June to make their purchase.

Current Season Ticket holders who wish to renew are advised that this represents the final opportunity to do so before seats are released for general sale.

Season Tickets for 2019/20 are on sale now and can be purchased at the Sheffield Wednesday Online Shop, in person at the Ticket Office or by telephone on 03700 201867.

Once again, we are pleased to partner with V12 Finance* for fans who wish to spread the cost of their Season Ticket over a six-month period.

As always, thank you for your support, and we look forward to seeing you at Hillsborough next season.

*An arrangement fee of 6.25% is added to the first payment. 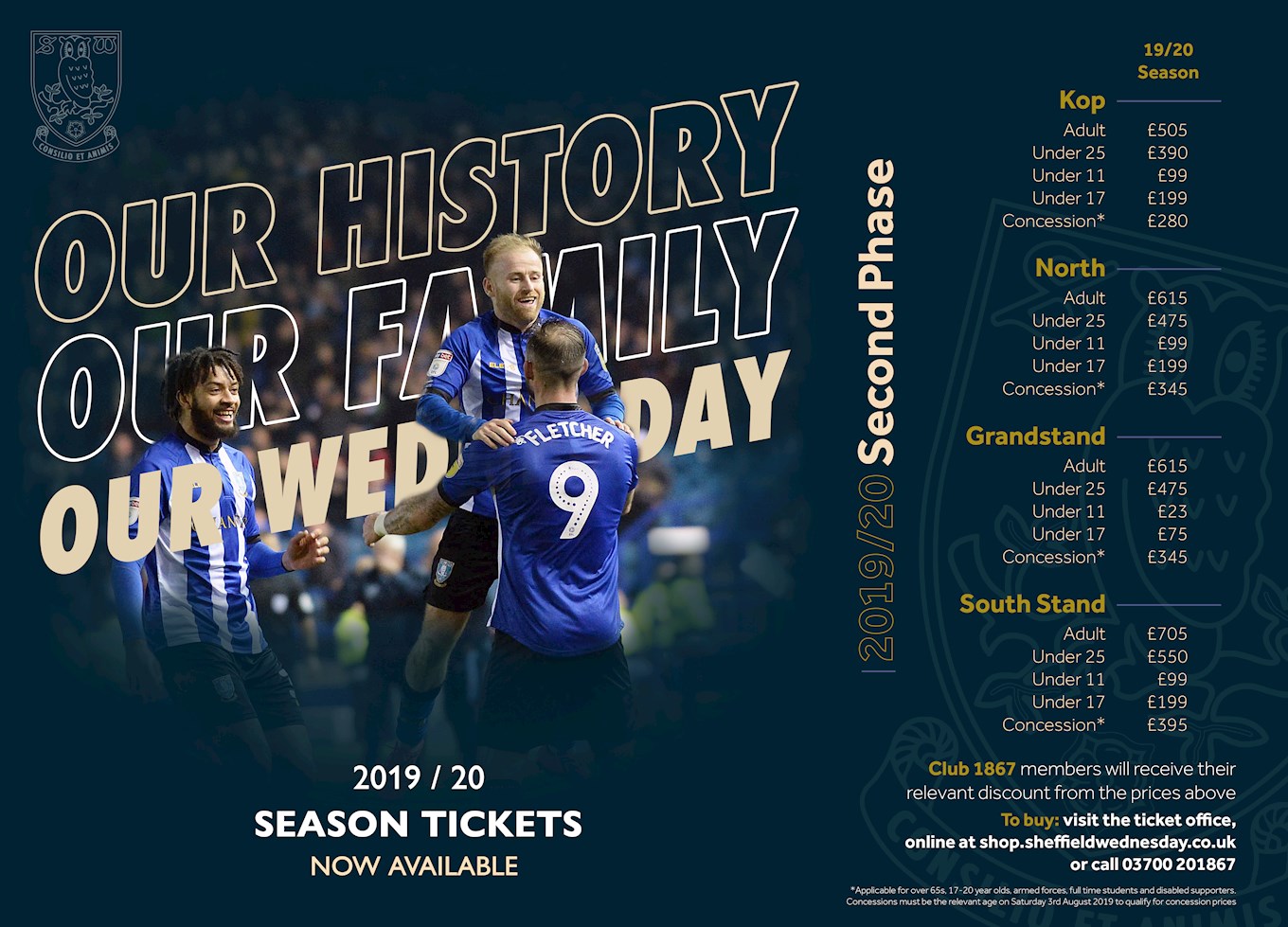