Sheffield Wednesday Under-18s picked up a point in Saturday’s Steel City derby to be crowned U18 Professional Development North champions.

Following an incredible campaign for the youngsters, that has seen them lose just three of their 28 league fixtures, the Owls needed just one point to secure the title on a sunny afternoon in Shirecliffe.

Due to a vastly superior goal difference, the point from the 1-1 draw sees Wednesday leapfrog rivals Leeds to the top and will mean Andy Holdsworth’s side have home advantage in their play-off game next week.

They will now host runners-up of the South League Ipswich in their play-off semi final. 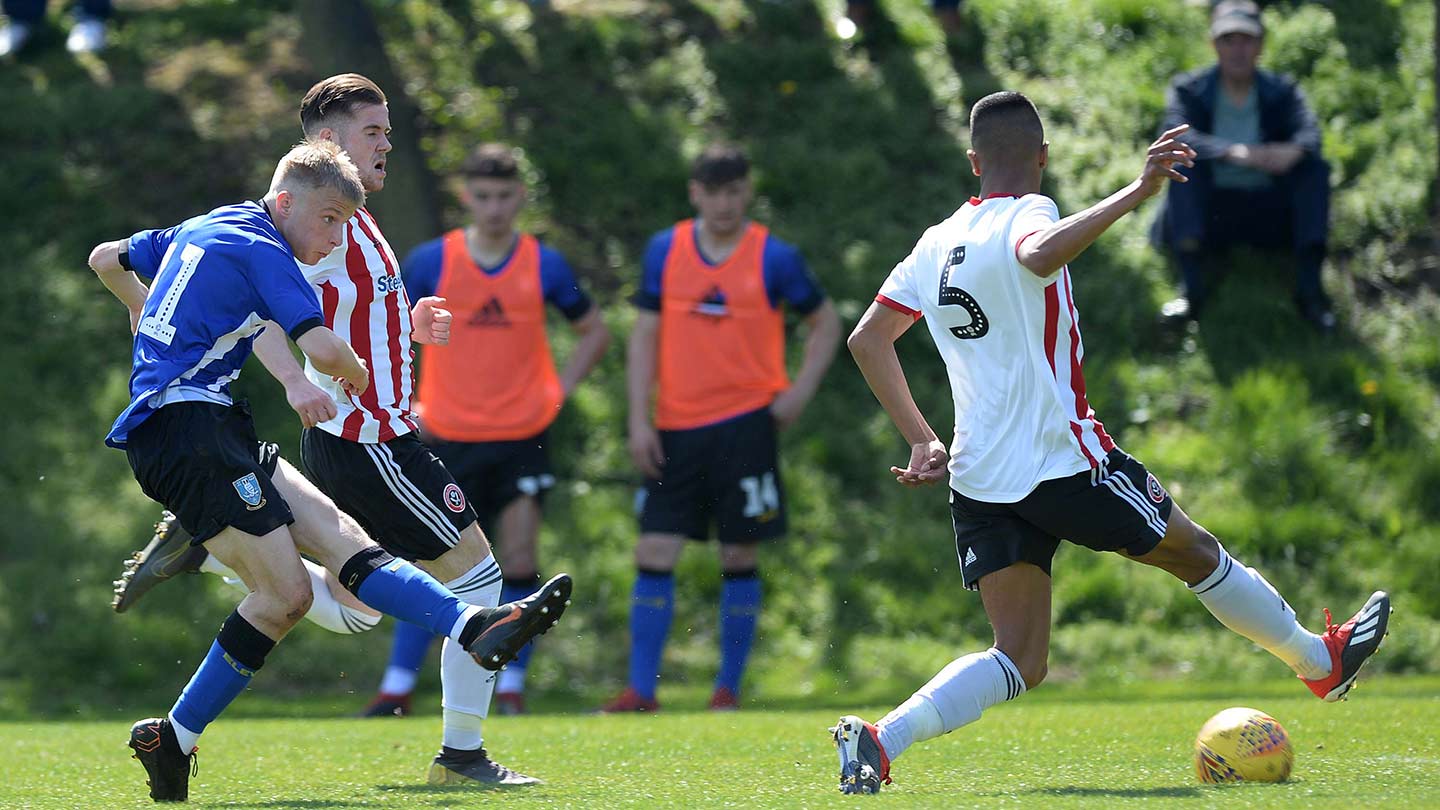 Back to the season finale, and following an even start to the game, Charles Hagan was first to threaten for the visitors after capitalising on a defensive slip but fired straight at Blades keeper Marcus Dewhurst.

United were then let off the hook midway through the opening period when Josh Dawodu’s deflected strike went inches wide of the upright.

Conor Grant saw a free kick from 25 yards comfortably saved by Dewhurst and Lewis Farmer dragged a shot wide just before the break.

Although the best of the chances fell to Wednesday, there was very little between the two sides and a goalless scoreline at the break was a fair reflection of the first 45.

Just moments after the restart, Wednesday were dealt a blow when Dawodu was adjudged to have brought down Harry Boyes in the box, the referee pointed to the spot and Sam Ackroyd converted from 12 yards.

But to Wednesday’s credit, the visitors’ heads did not drop and the response was swift.

As the Owls peppered United’s goal, the linesman’s flag was raised on the far side after spotting a handball on the goal line and following a brief consultation with the referee, the penalty was awarded which Grant calmly finished to level the score. 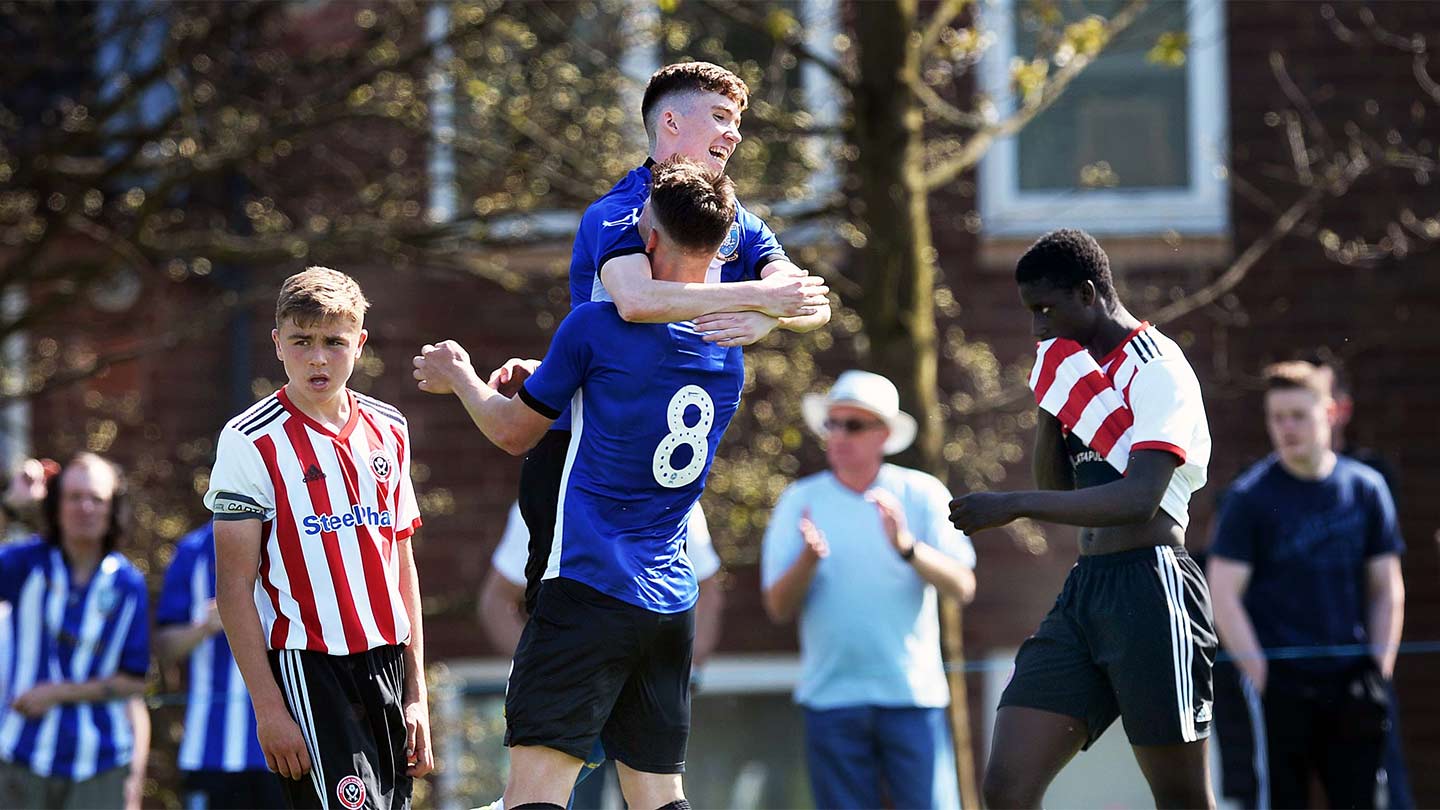 That gave the Owls a real lift and Liam Shaw was unfortunate not to add a second goal when his low strike went agonisingly wide after a marauding run.

Elliott Vasalo had the ball in the net 15 minutes from time but the goal did not stand with the offside flag raised.

And from there, Wednesday were content to keep possession, winning a string of corners on the far side to run down the clock, with the knowledge a point was enough to seal the silverware.

A deserved share of the spoils in a close fought derby but huge congratulations goes to the Owls Under-18s following a superb season. 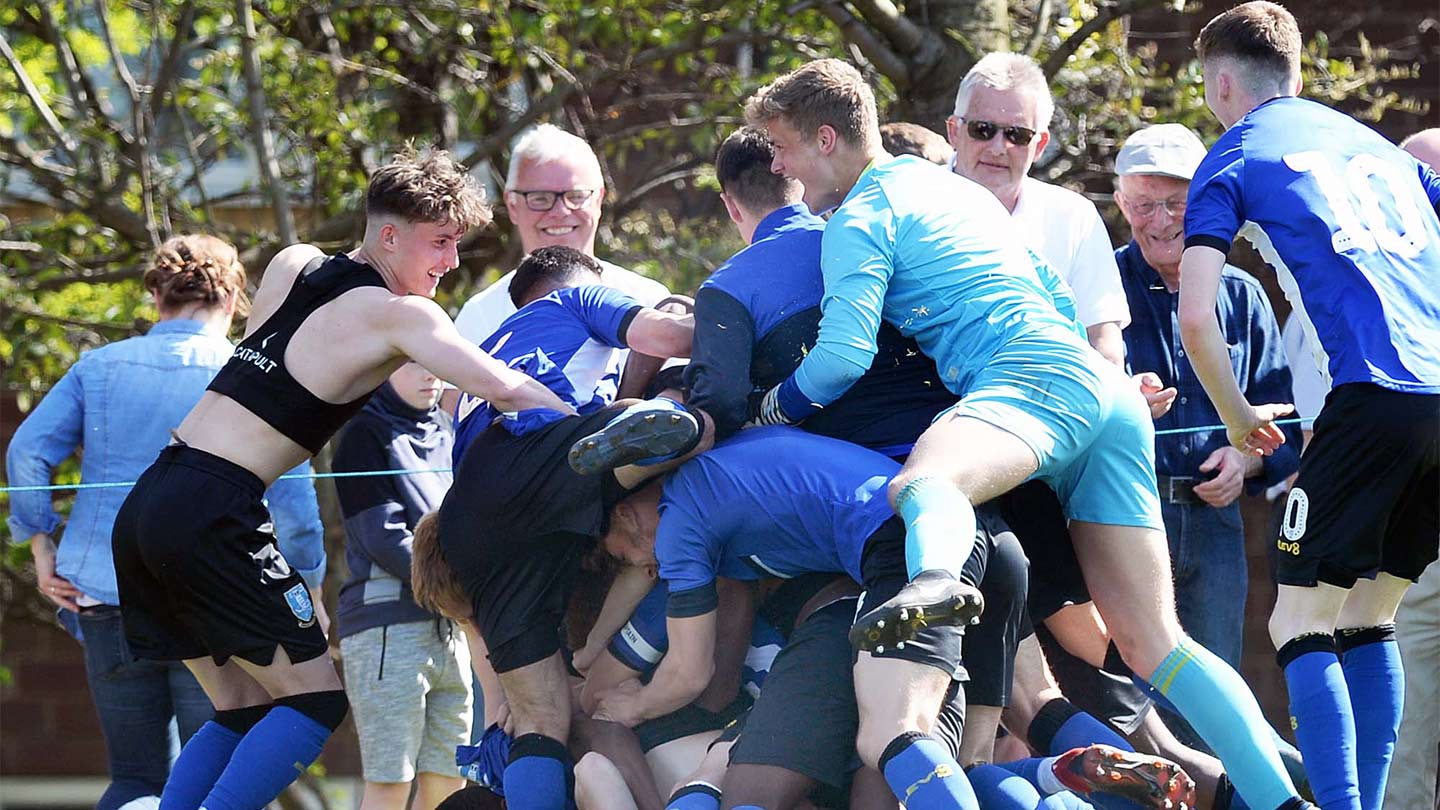