Sheffield Wednesday’s Under-23s overcame torrential rain to end their mini pre-season training camp with a 4-2 victory over Greek outfit Olympiacos, who were visiting England on a camp of their own.

The Owls have been training at the Queen Ethelburga’s College in North Yorkshire this week and the win was the perfect way to end three days of hard work in the run-up to the new season.

However, in difficult conditions Wednesday didn’t have it all their own way initially as Olympiacos forward Kasami almost took advantage of a defensive mix-up by rounding Josh Render but could only find the side-netting.

That gave the Owls a wake-up call and on 11 minutes Preslav Borukov got away from his man and his cross almost caused an own goal were it not for a quick reaction from Olympiacos goalkeeper Papadoudis.

But on 39 minutes, Wednesday took the lead when Fraser Preston won the ball in the middle of the park and found Borukov, who in turn fed Conor Grant to round Papadoudis and stroke the ball into an empty net.

The Owls started to take control and midfield duo Alex Hunt and Preston each drew good saves from Papadoudis.

The Greeks introduced a more experienced side for the second half but Wednesday continued in the box seat and doubled their lead on 53 minutes when Borukov’s well-timed pass found the advancing Liam Shaw, who found the target from the edge of the area. 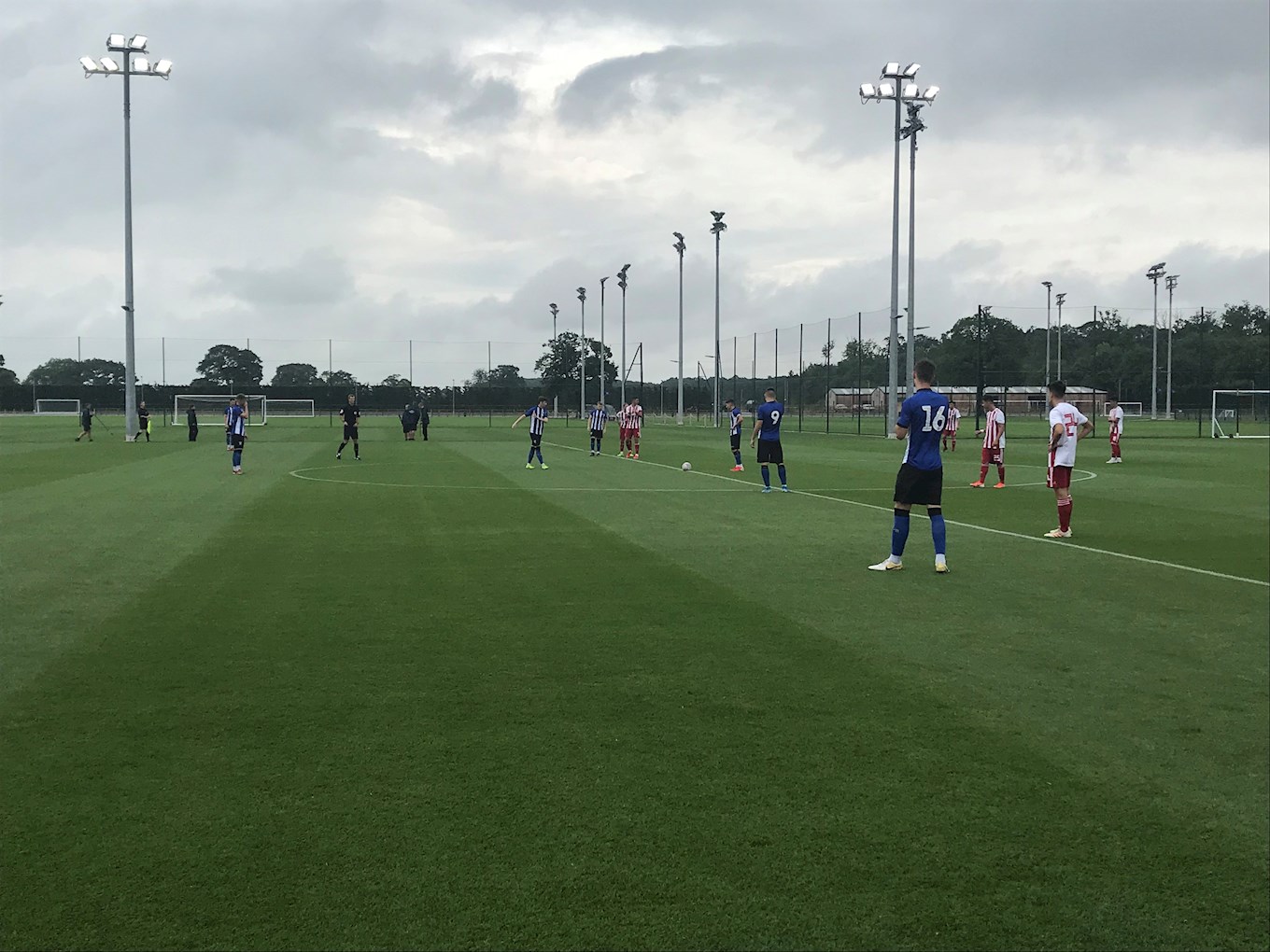 The Owls were now firmly in charge and extended their advantage two minutes later. Preston threaded through for Hunt and the midfield man coolly curled around the advancing Papadoudis to make it 3-0.

With the rain starting to pour, Olympiacos pulled a goal back against the run of play on 63 minutes when a well-worked midfield combination found Fekkas, who placed his shot into the bottom corner.

But Wednesday were unmoved and three minutes later Borukov deservedly got on the scoresheet from close range to quickly re-establish the three-goal advantage.

As the Owls pushed for a fifth, they were caught on the break when Olympiacos forward Veolis netted from 12 yards with seven minutes to go but Wednesday ran out comfortable winners.