It was a debut Dominic Iorfa will never forget.

Come on from the bench in second half stoppage time with the team trailing 2-1 and score an equaliser in front of the fans ten minutes into added time.

Iorfa’s last-gasp leveller away at Rotherham was officially recorded as hitting the back of the net in the 100th minute to rescue a point for Steve Bruce’s side.

“It’s a good feeling for me,” he told swfc.co.uk. “It’s good that we managed to get a point in the end because we weren’t at our best.

“The main thing was that we didn’t lose but for me to come on with ten minutes to go and manage to get the goal, the equaliser I was buzzing really. 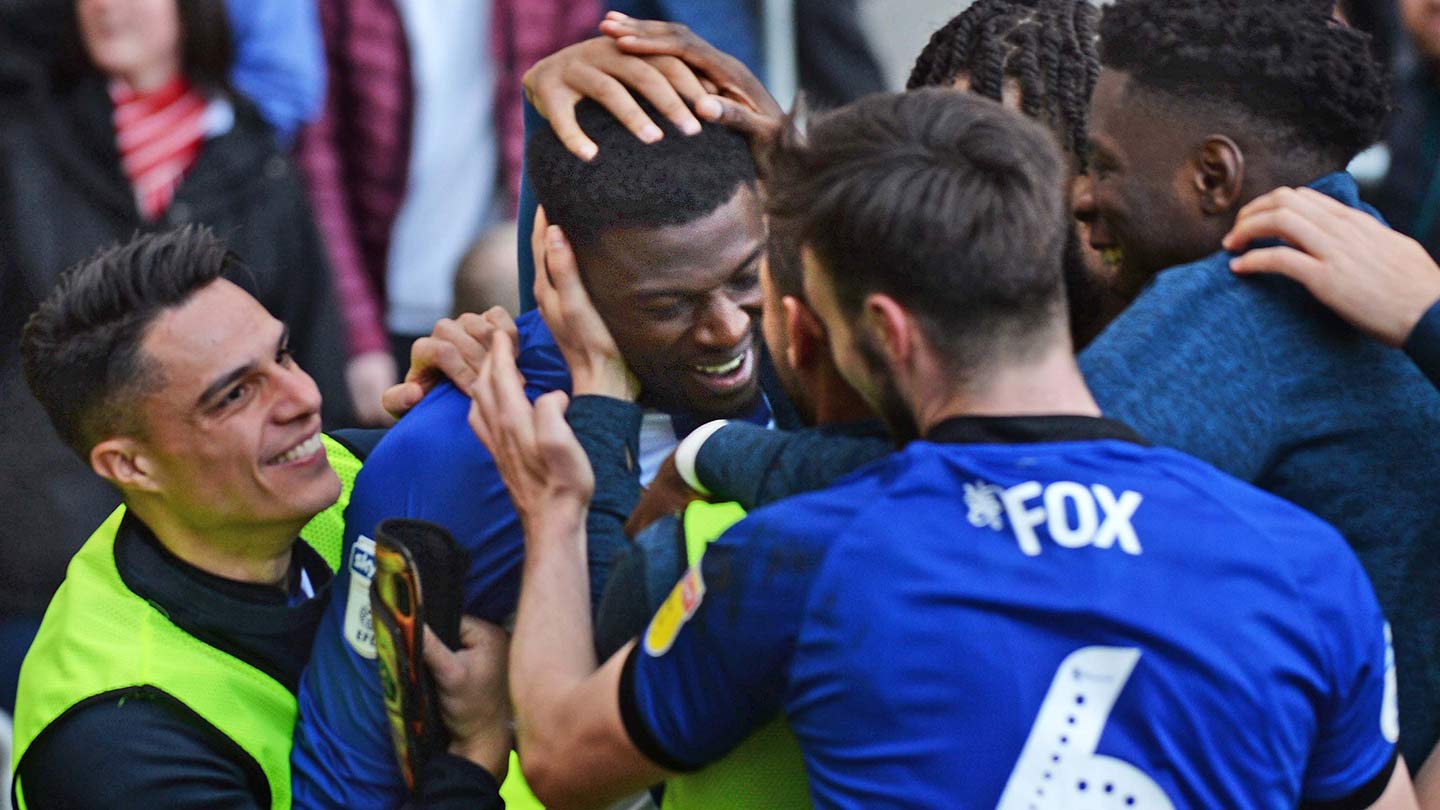 “It was scrappy and a little frantic, we were 2-1 down and chasing the game. When Jordan went down, I thought I would come on and be solid and make sure we don’t concede again.

“If lucky, I wanted to push on, maybe if we got a set piece try and nick a goal and thankfully that is what I have done.

“I’ve only scored once before but have had chances so scoring goals is something I want to add to my game and I’m up and running here.”

He continued: “To be fair to everyone, we have played well the last few games, defended well and limited mistakes. We just haven’t been scoring.

“But at Rotherham it was the complete opposite but it’s football and you have those off days and thankfully we didn’t lose and that’s a positive to take from the game.”

On biding his time and waiting for his chance in the team, Iorfa added:

“It’s only my second week and I’ve got no complaints, the boys have been doing well, defensively been keeping clean sheets so I can’t complain.

“I’ve got to keep working hard, keep improving in training and keep showing my qualities to the gaffer. When I get the opportunity, I have got to perform.”