It was a game of two halves at the Den on Tuesday, albeit without either serving up a goal as Wednesday drew 0-0 against Millwall.

The hosts bossed the first, the Owls the second, and in truth a share of the spoils for both was about the right outcome.

Neither imposed themselves sufficiently to force the win but for Wednesday, the positives continue as they posted a fourth successive league clean sheet.

For the Lions, their home form has been and will prove key in their battle to stay in the Championship.

And that was evidenced through the early exchanges as Neil Harris’ side stamped their authority on the contest.

Twice in the first 15 minutes, ex-Owl Ben Marshall was denied by brave blocks from Michael Hector and then Liam Palmer.

Most of the game unfolded in the centre of the park, with Millwall edging possession but Keiren Westwood was untroubled between the Wednesday sticks.

Jed Wallace unleashed a long range free kick straight down Westwood’s throat and that was as close as Millwall came during the remainder of the opening 45.

The Owls upped the ante after the break, playing with added tempo, and Lucas Joao called keeper Jordan Archer into action from a low snapshot.

The Lions responded with a glancing Aiden O’Brien header snuffed out by Westwood following neat work down the right from Wallace. 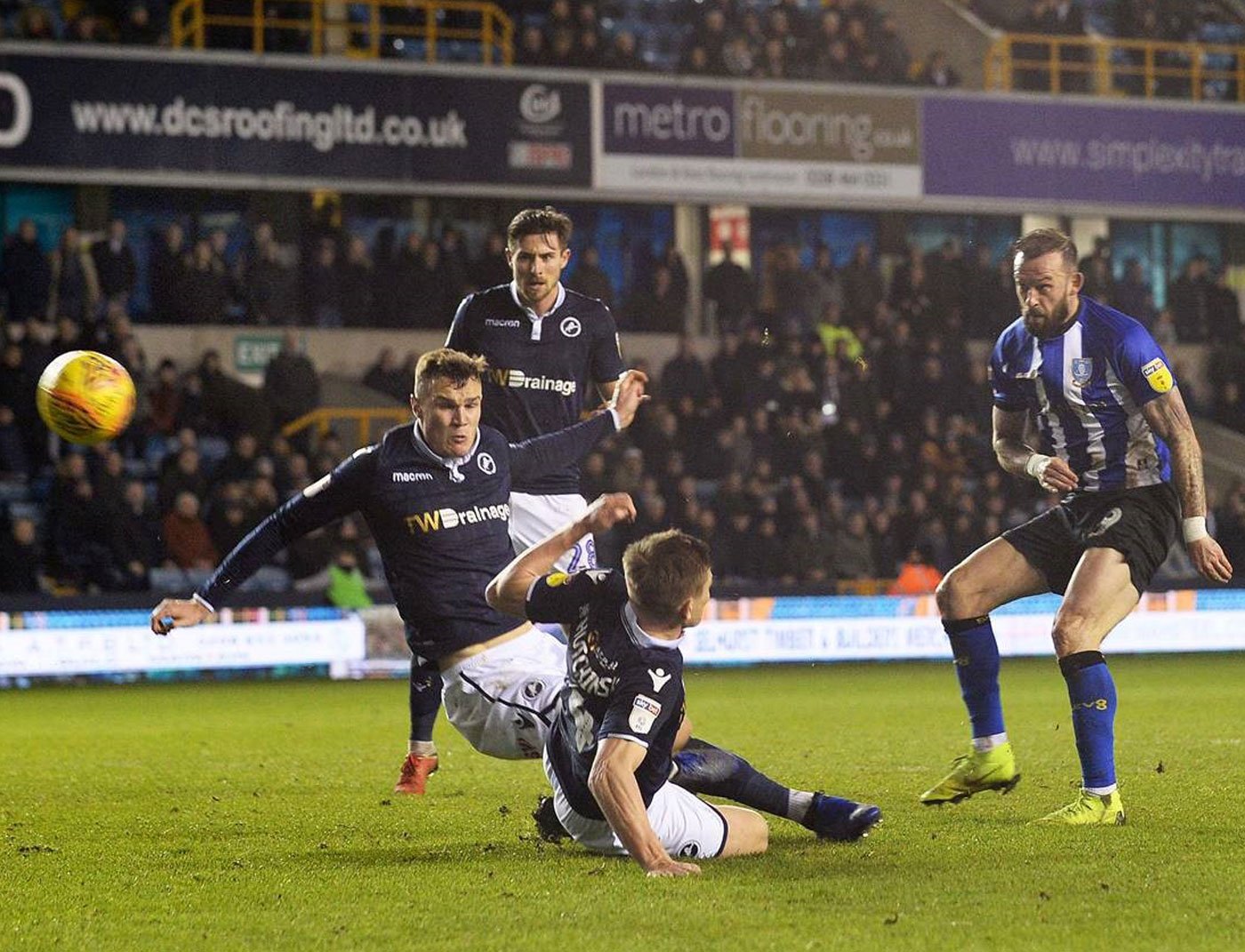 As the second half unfolded, though, Wednesday took command and poured forward in search of the breakthrough.

Hector was a whisker away from getting something on an Adam Reach cross before Millwall countered with Marshall’s header blasted clear from danger by the steady Jordan Thorniley.

Indeed, having been dominated for much of the half, Millwall finished strong and substitute Steve Morison fired wide on the angle when the Lions striker was given a fair chance to break the deadlock ten minutes from time.

Steven Fletcher fired past the post right on the whistle and the Owls returned home with a point and another determined shutout.