There was off-field excitement around Hillsborough on Tuesday as our ever-popular Golden Ticket returned to the matchday programme.

And for young Owl Isaac, it was a Happy New Year indeed as he scooped a raft of fantastic prizes after finding the Golden Ticket inside his copy of ‘Wednesday’.

Eight-year-old Isaac has endured a tough time of late and we share his delight at striking gold!

Mum Amy takes up the story:

“Isaac goes to all the home matches with us (mum and dad), he loves to buy his own programme each week from the South Stand bridge programme kiosk.

“He bought his programme as usual, and because we knew the Golden Ticket was back for the Birmingham match, we checked the programme just out of habit, never ever believing it would actually be there!

“There aren’t words to describe the mixture of disbelief and joy at seeing it there in the pages. Isaac just couldn’t comprehend he had found the ‘only’ ticket! 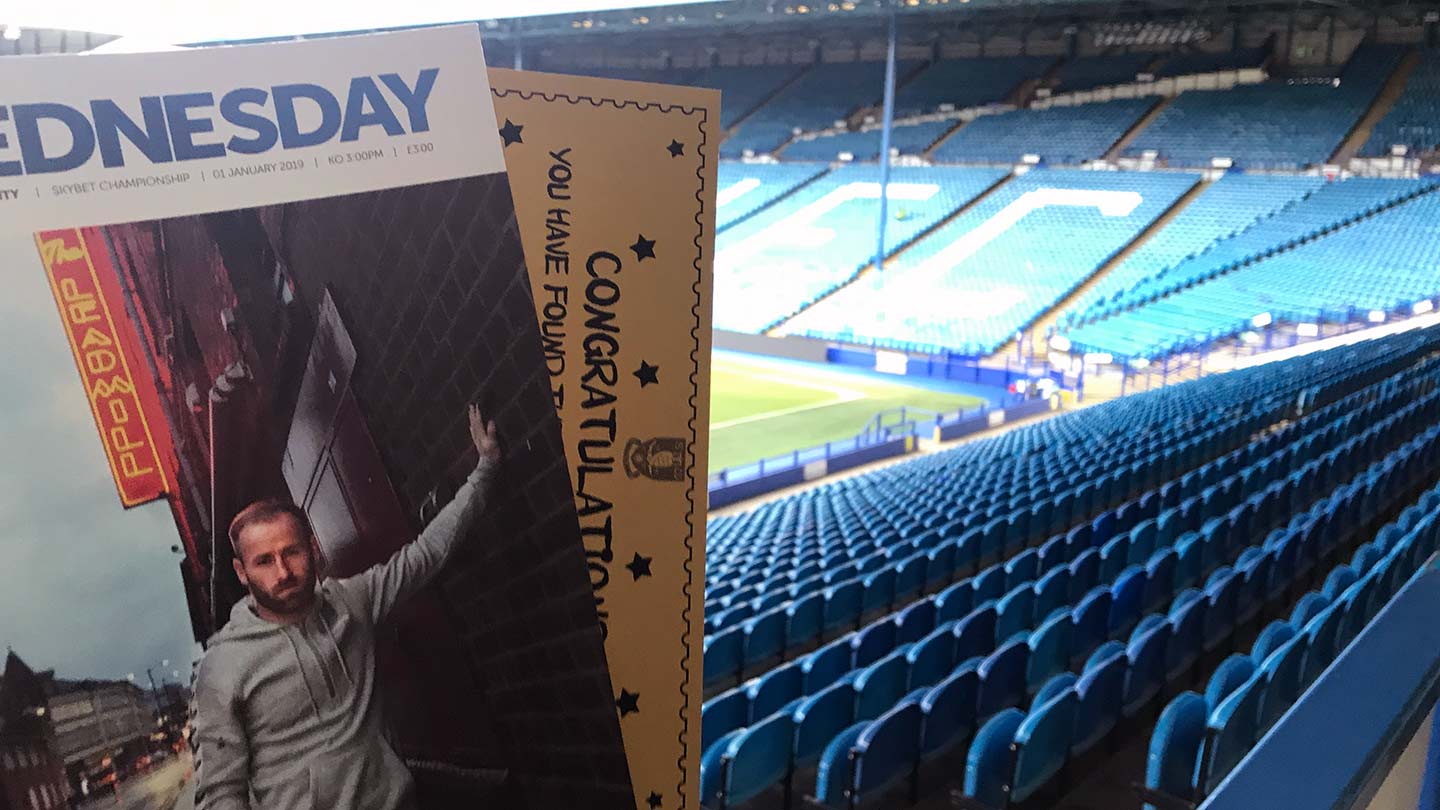 “Isaac has had a tough couple of years after losing his grandad, who was a lifelong Owl, and was really struggling at school due to recently diagnosed dyslexia and attention difficulties.

“Playing and watching football has brought him so much enjoyment, allowed him to gain confidence, focus and reduce his anxieties. He idolises the team and dreams of being a footballer!

“Finding the Golden Ticket feels like a total dream. After singing a rendition of ‘I’ve got a Golden Ticket’ from Charlie and the Chocolate Factory (Isaac never sings!) he pointed out just how lucky he is to have received ‘the best Christmas and New Year present’.

“We cannot thank you enough for this gift!”

The pleasure is all ours Amy and we are so pleased for Isaac, who will collect his prizes from his favourite player Atdhe Nuhiu in a special presentation at Hillsborough.