The Owls are pleased to launch the second strand of Club 1867 Membership.

Club 1867 was initially released last year and this next level of membership is enhanced from its original concept in terms of increased flexibility and additional benefits, providing the option for supporters to commit to one, two, three, four or five-year periods.

The core feature is inclusion in and receipt of a brand new limited edition pictorial history book by club photographer Steve Ellis charting his 45 years of shooting the Owls. Every member of Club 1867 will have their name within this exclusive hardback publication - which will not be available for general sale - with added extras in the book guaranteed for each respective year of membership.

Fantastic bonuses include a free Season Ticket should the Owls achieve promotion to the Premier League based on the time frame of Club 1867 purchased. For example, one year equates to one free Season Ticket, two to two years and so on.

Cash savings are also part of the project, meaning subscribers will benefit from significant discounts on Season Tickets for every year Wednesday stay in the Championship until promotion to the Premier League is achieved.

All savings and additional benefits will remain intact until the Owls secure promotion and will be fully transferable in the event of a change of ownership.

Club 1867 is available to all supporters who wish to support the scheme, even Owls fans overseas. 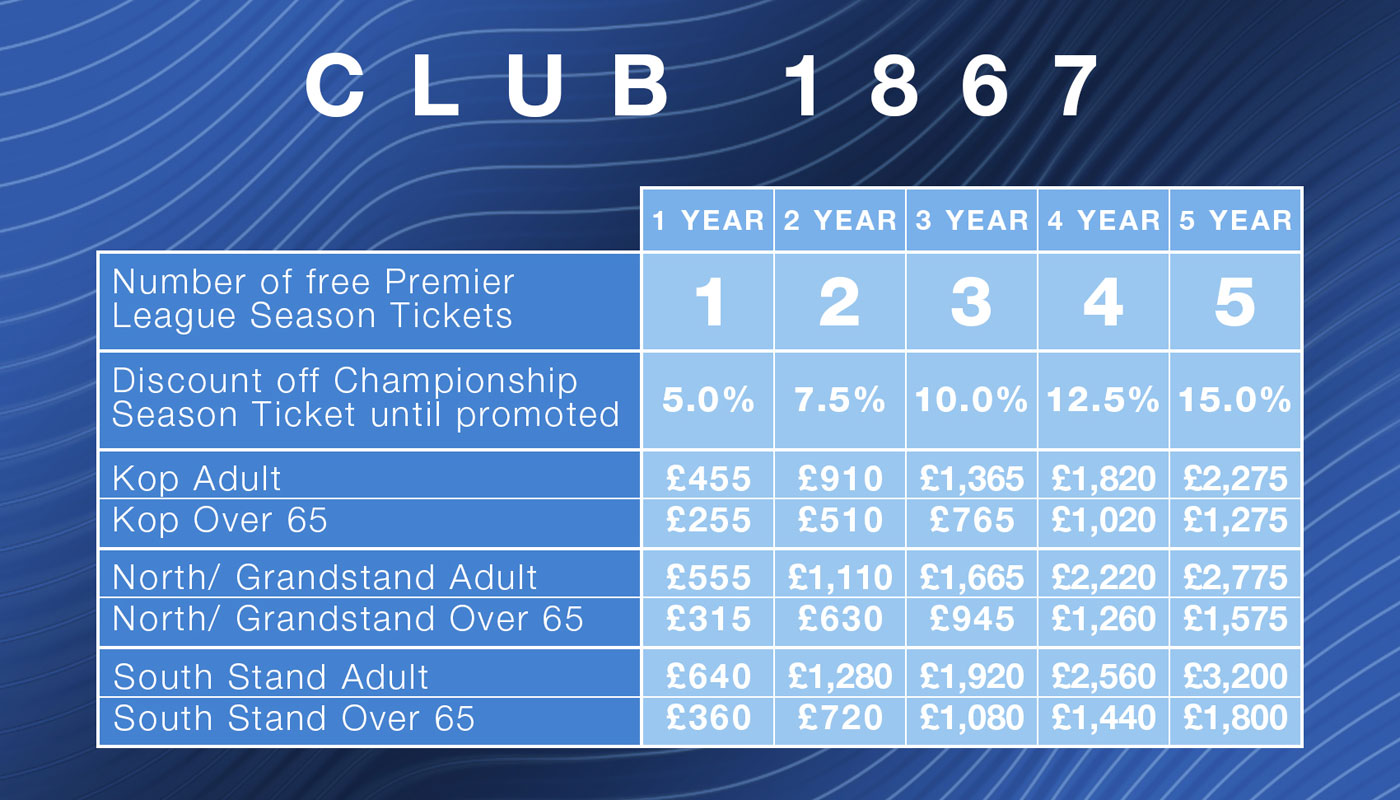 Supporters have the option of paying for membership in full or if £455 or over via monthly payments after an initial deposit (minimum 25% of the value). Final payments must be received by 25 May 2019.

This option is available in the Ticket Office only with a flexible, interest free payment structure, through which fans can set their own individual plan as long as the balance is settled in sufficient time.

Alternatively, supporters can pay in full online by CLICKING HERE, by telephone on 03700 201867 or in person at the Ticket Office.

Once purchased, supporters will be asked to send their booking reference number and name they require to go into the picture book by emailing: 1867@swfc.co.uk

Subscriptions to Club 1867 are available now and will remain on sale until Monday 11 February 2019.