Tom Lees has underlined the importance of a firm fitness foundation as the Owls are put through their paces under the Portuguese sun.

With temperatures heading well into the 30s, the players kicked off their ten-day stint from 9.00am on Tuesday with vigorous training routines dominated by running drills.

And skipper Lees, whilst acceding to the fact that pre-season is not designed for enjoyment, was pleased to put the first building blocks in place.

He said: “You can tell by looking at me now that it’s never easy! It’s very hard work but it’s something you have to do if you want to succeed in the Championship. 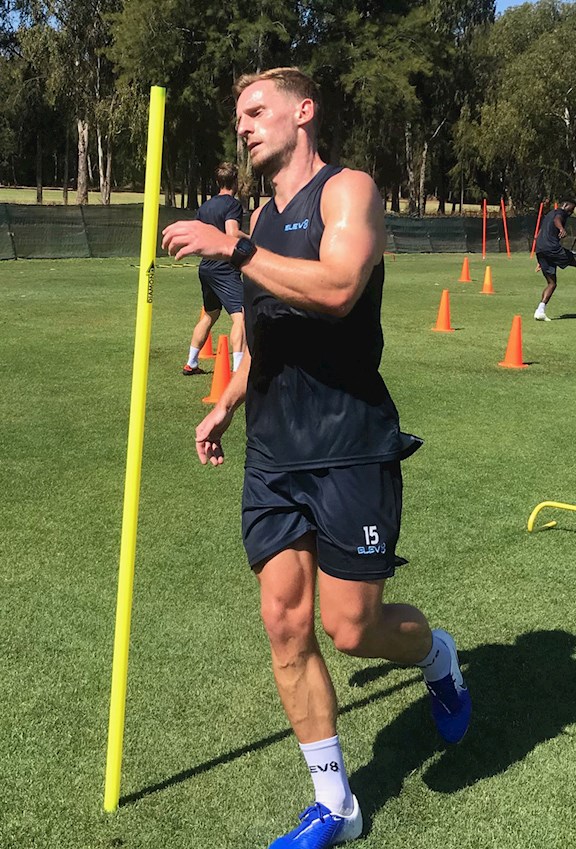 “You have to have the fitness base and build from there. It’s all about the running at this stage and the rest will follow.”

The Owls return to England on 10 July to kick off their schedule of friendlies, which includes two games in Germany in the middle of the month.

And :Lees is looking forward to pitting his wits against different players in a different environment, explaining:

“That’s something to look forward to because I’m sure the players in Germany will play a different way with systems that we don’t often come up against and that will be valuable experience.

“But that’s a couple of weeks away, before then we will concentrate on the fitness with everything aiming towards that first game of the season.”