Wednesday kicked off their bout of pre-season friendlies with a routine 3-1 success at newly promoted Lincoln.

The visitors just had too much for the League One Imps, who showed the odd spark going forward but were largely under the cosh at Sincil Bank.

Jordan Rhodes set the tone with an early hit and Adam Reach made it 2-0 before a Neil Eardley own goal ensured Wednesday’s summer schedule was up and running with a win.

Jordan Adebayo-Smith scored a late consolation for Lincoln but it proved too little too late.

The Owls were off the mark after just three minutes when Reach crossed for Steven Fletcher and the Scot’s glancing header was finished at close range by Rhodes.

It was all Wednesday through the early exchanges, in which Rhodes had a low effort cleared off the line and Joey Pelupessy struck the crossbar moments later.

Lincoln grew into the game as the first half unfolded and Keiren Westwood was alert to foil Jack Payne and John Akinde in quick succession.

But the Owls hit back and promptly doubled their lead on 25 minutes. Reach took possession from Barry Bannan and looked up to pick his spot low into the bottom corner. 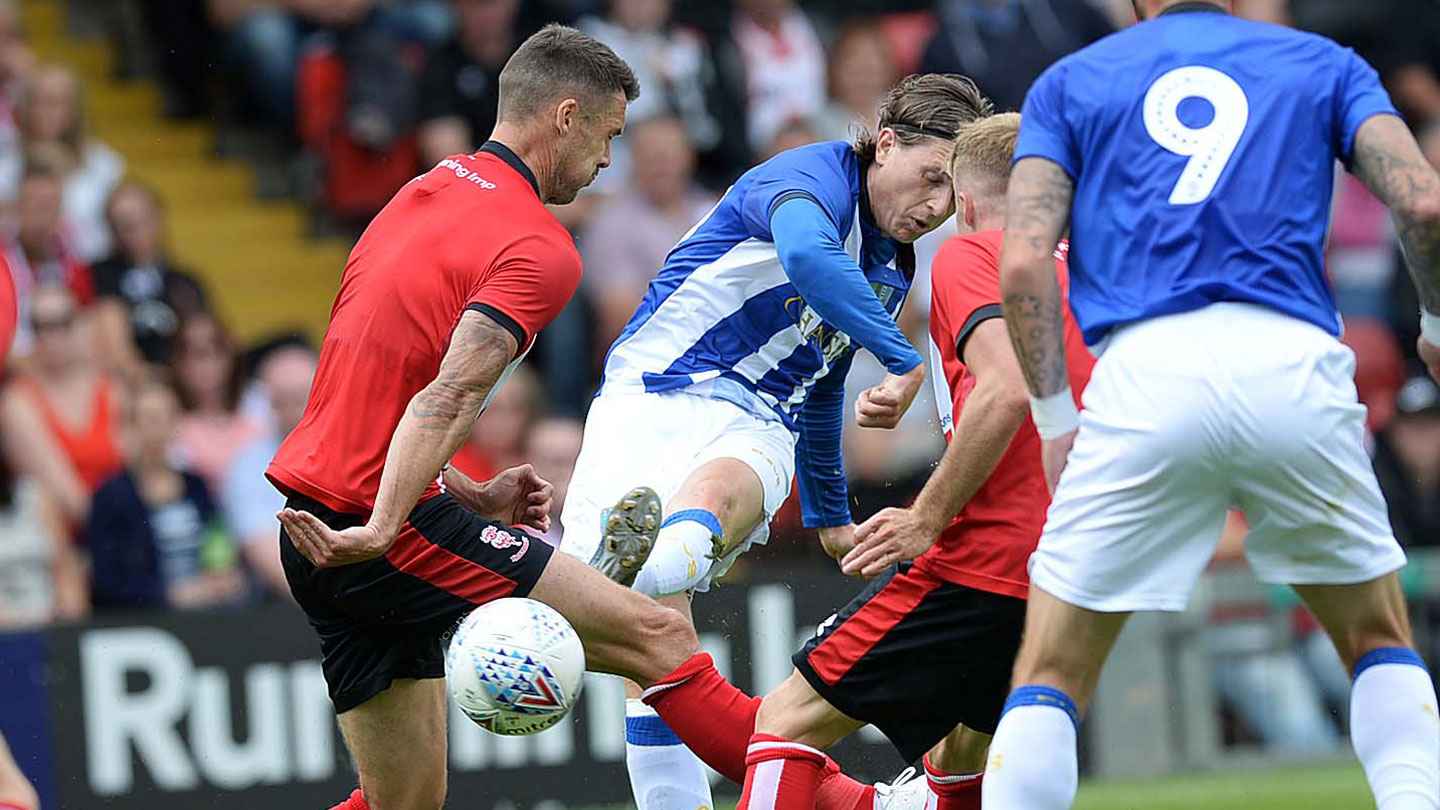 Wednesday finished the opening period as they started it and Fletcher twice went close, first brushing the side netting with a snapshot before firing a curling effort against the outside of the post.

Still there was time for Lucas Joao to shake the bar with a piledriver from distance and the Owls went down the tunnel well in control.

The second period continued in similar style and only a fine save from Josh Vickers prevented Rhodes doubling his tally.

Midfielder Josh McEachran, who has been training with the Owls in pre-season, was given a run out on 55 minutes, just before the third goal went in.

And to say the strike was unorthodox would be understating the point as Eardley’s back pass rolled out of Vickers’ range and agonisingly into the net.

A Bannan shot whistled wide as Wednesday continued their dominance but Lincoln pulled one back with the Owls threatening a fourth.

A rare counter saw the ball fall nicely to Adebayo-Smith, who swivelled to strike low past Joe Wildsmith.