Wednesday’s Under-18s continued their pre-season preparations with a deserved 3-1 victory over Huddersfield at the home of Frickley Athletic.

Alex Bonnington struck twice and Luke Hall was also on target as the Owls posted a comfortable win in West Yorkshire.

They were good value for the triumph too as the visitors flew out the traps and Bonnington was unlucky not to open the scoring from the game’s first attack after finding himself one on one with Jacob Chapman but his shot was well saved.

But Bonnington wouldn’t be denied for long and a long ball over the top was well controlled and finished by the forward, chipping home over Chapman in only the third minute.

Huddersfield went in search of a response and a parried low drive proved the first piece of action for Wednesday shot-stopper Alex Hare, whose strong hands managed to tip the ball round the post.

Two minutes later the Terriers would be rueing that missed opportunity as the young Owls won a free kick 25 yards from goal.

Jay Glover’s well struck set piece hit the bar but Bonnington was there to sweep up and double the lead.

The battle of the two Alexs for the spotlight would continue as Bonnington almost had a hat-trick, hitting the post from an acute angle on 20 minutes, then at the other end Hare produced another fine save as the home side countered.

But just before half time Huddersfield found themselves back in the game when a deep cross was headed in by Olly Dyson, giving Hare no chance.

Wednesday started the second half well, though, moving the ball confidently on a difficult pitch and they extended their lead on the hour. 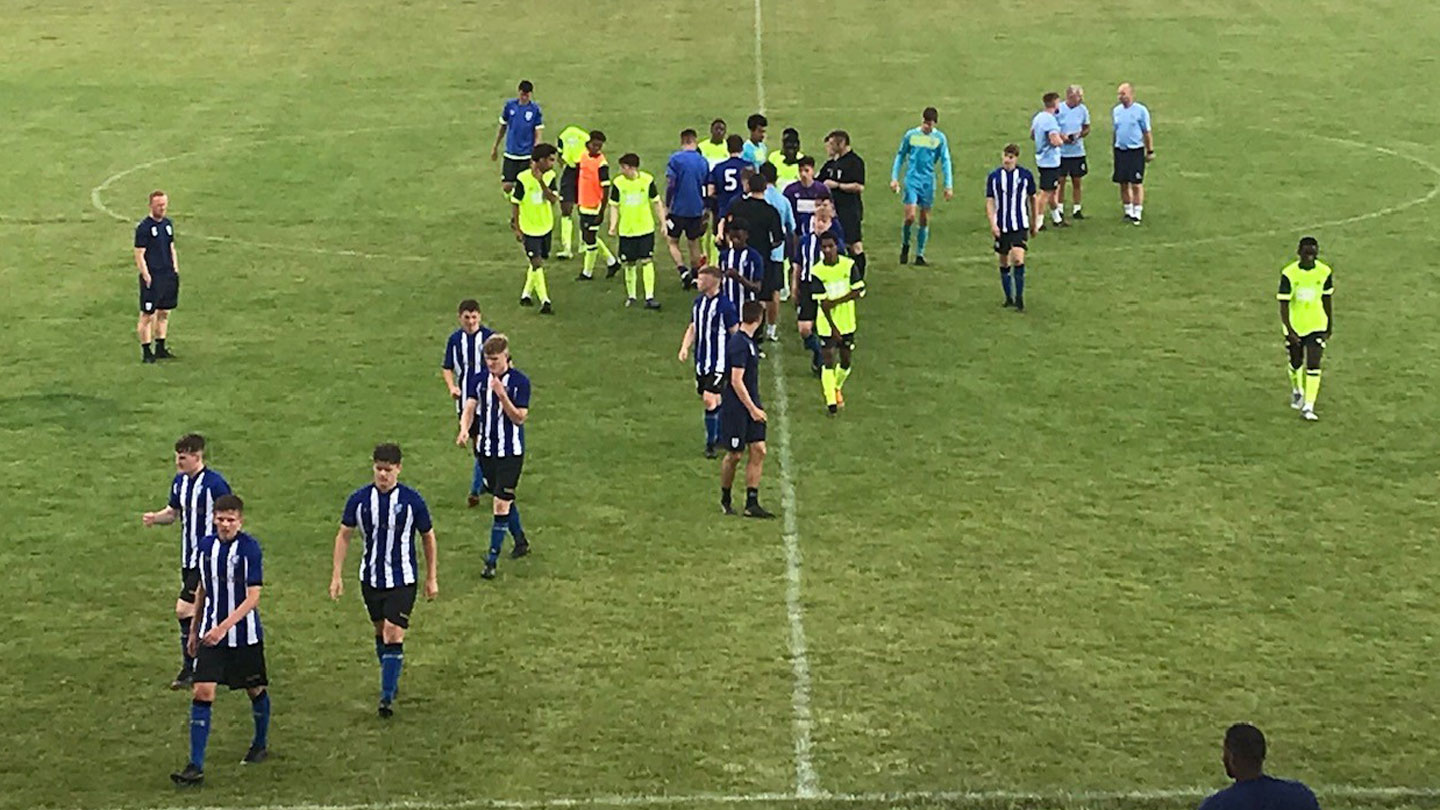 Will Trueman’s well weighted pass found the advancing Hall who calmly passed the ball into the back of the Terriers’ net.

Huddersfield cranked up the pressure but the Owls’ defence dealt with everything that came their way.

Hall was growing into the game and his runs were causing a problem for the home rearguard but Wednesday broke and Corey Glaves almost put the game to bed.

The midfield man burst into the penalty area and rounded Chapman only to see his low drive cleared off the line at the last.

It was end to end in the closing stages and the hosts threatened to claw their way back but Wednesday held firm and saw out the game to seal victory.