Having sealed their place back in the top flight in 1983/84, Wednesday set about life in Division One with a clash against Nottingham Forest at Hillsborough.

Mel Sterland put Wednesday ahead from the penalty spot midway through the first half.

The pressure was on for ‘Zico’ after his first successful spot-kick did not stand due to encroachment in the box but the full back converted on take two to give the hosts the lead.

Peter Davenport levelled the game before the break but the Owls regained their advantage in splendid fashion after the resumption.

A confident Imre Varadi carried the ball from deep after a Forest corner was cleared and fired home the goal of the game from just outside the box.

And there was no doubt the three points belonged to Wednesday on their return to the First Division, when striker John Pearson added a third to give the Owls a two-goal cushion.

Brian Marwood squared the ball for Pearson to finish into the Kop net to seal an opening day victory.

Sheffield Wednesday made a blistering start to the 1990/91 campaign which goes down as one of the finest seasons in the club’s history.

It all began with a trip to Ipswich on the opening day in August 1990.

Wednesday were out to make a strong start following relegation from the top flight the previous campaign and began life in the second division with a bang. 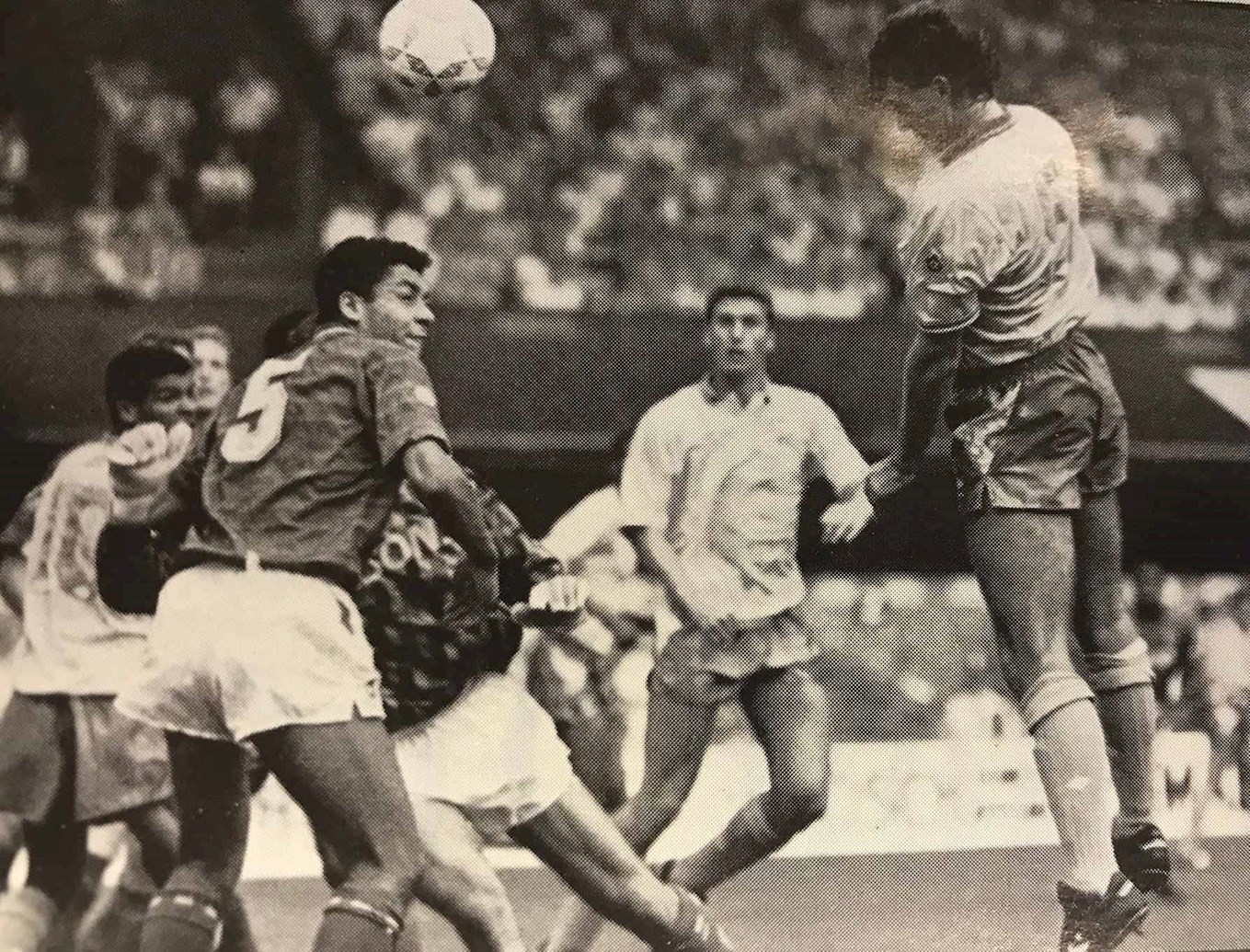 Ron Atkinson’s side defeated the Tractor Boys 2-0 at Portman Road in front of a crowd of 17,284 with goals from Peter Shirtliff and Paul Williams.

Wednesday went unbeaten in 12 league games at the start of the season, including eight wins.

During that impressive start, the wheels were also set in motion for Wednesday’s successful Rumbelows Cup campaign with a 4-2 aggregate win over Brentford in late September/early October.

The curtain raiser for the 94/95 Premier League campaign ended in defeat for Wednesday but will not be forgotten by those at Hillsborough on the day.

Tottenham took the points back to the capital following a seven-goal thriller which saw new signing Jurgen Klinsmann get off the mark in England. 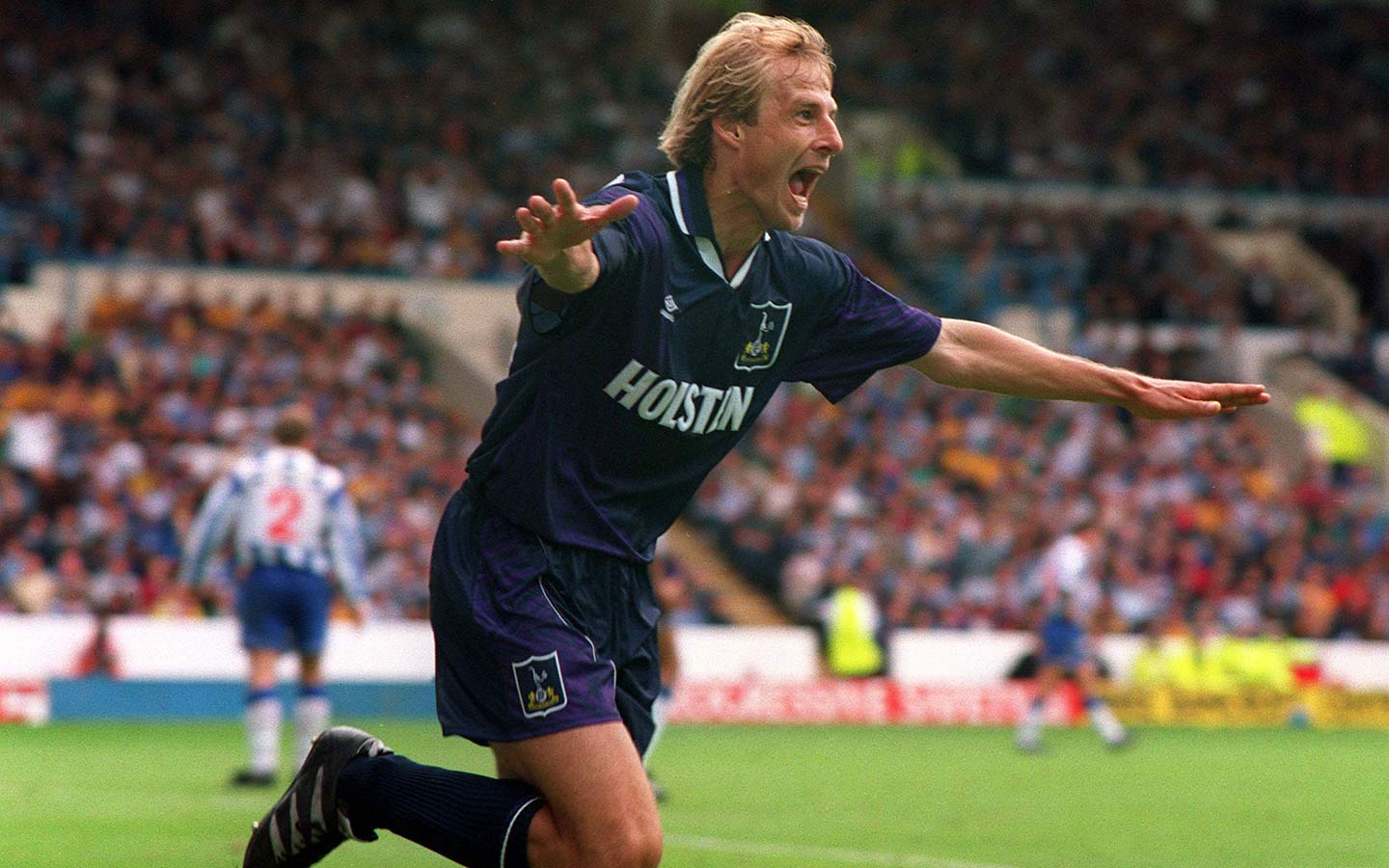 Goals from Teddy Sheringham and Darren Anderton gave the visitors a 2-0 lead at half time but in an explosive second half, Wednesday drew level thanks to a Dan Petrescu strike and a Colin Calderwood own goal.

Nick Barmby and Klinsmann restored the two-goal lead and despite a quick-fire response from the Owls with David Hirst on target seven minutes from time, it wasn’t to be on the opening day in S6 for Trevor Francis’ side.

While the 2003/04 season didn’t go as planned for the Owls, there was joy on the first game of the term with the win away at Swindon providing optimism for Wednesdayites.

The Owls stormed into a 3-0 lead at The County Ground with a double from Lloyd Owusu and one from Shefki Kuqi putting Wednesday firmly in the driving seat inside 25 minutes.

The Robins fought back to reduce the deficit through Stefani Miglioranzi and Sammy Igoe but Chris Turner’s side held on to post a travelling triumph on matchday one.

Wednesday began their journey from League One back to the Championship with a 2-0 win over Rochdale on the first day of the season.

The lead was doubled in the second half when debutant David Prutton hit a sweet strike from the edge of the box after Dale could only partially clear a corner in front of the Kop. 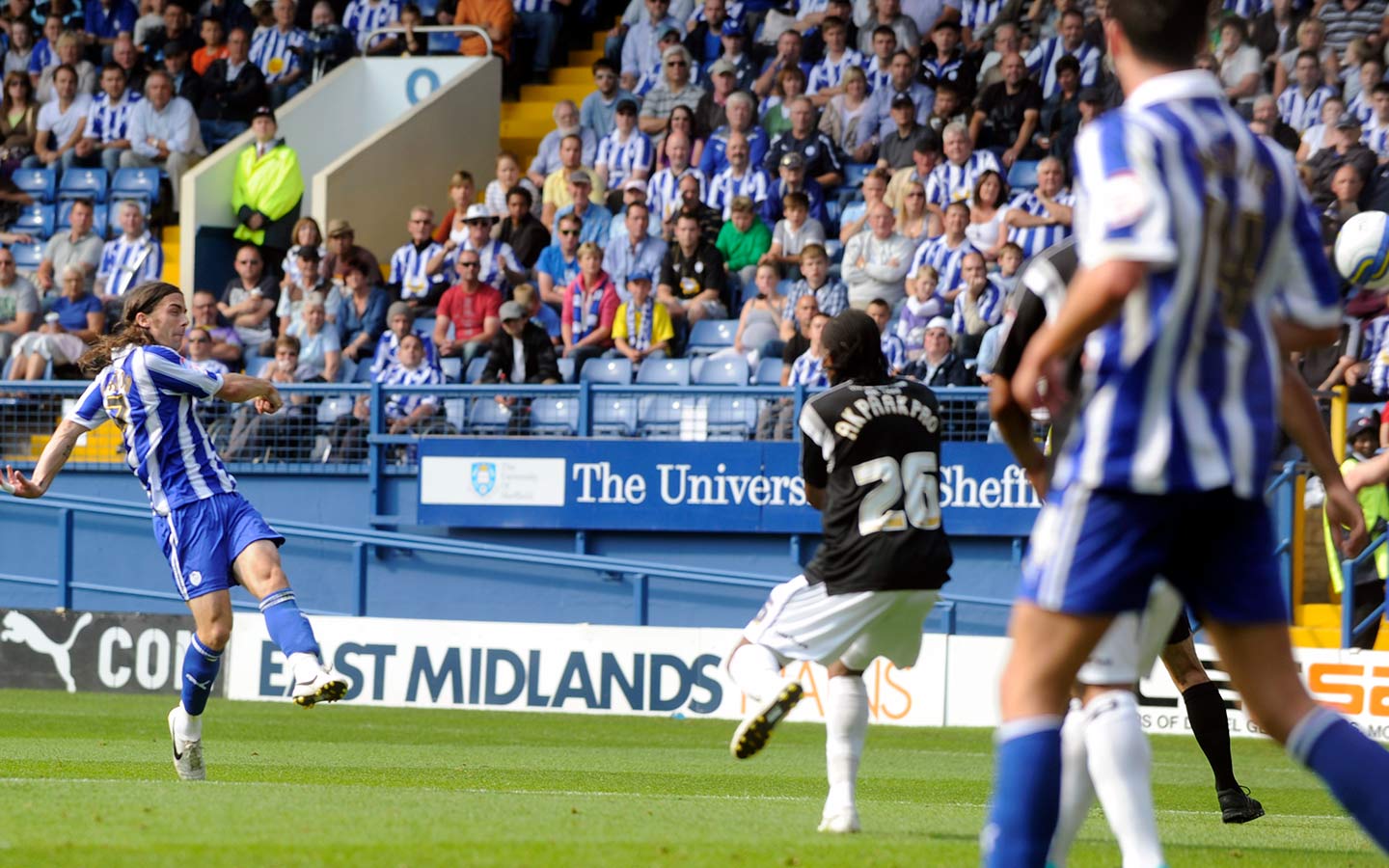