Young Owls fan Shay O’Grady saw all his plans fall into place ahead of the Steel City derby.

Although his beloved Wednesday had to settle for a point in the close-fought Championship clash with the Blades, eight-year-old Shay had a night he will never forget.

Ahead of the big kick-off, Shay completed his 16-mile walk from Bluebell Wood Children’s Hospice to Hillsborough in time for the derby.

The aim of this venture was to raise funds for Bluebell Wood, who provide care for his cousin Evie Mae who has a rare chromosome deletion order.

Shay set a target of £400 but upon arriving in S6 yesterday evening, that figure stood at almost £4,000.

Delighted with the spirit and determination of the youngster, Sheffield Wednesday chairman Dejphon Chansiri has made a pledge of his own. 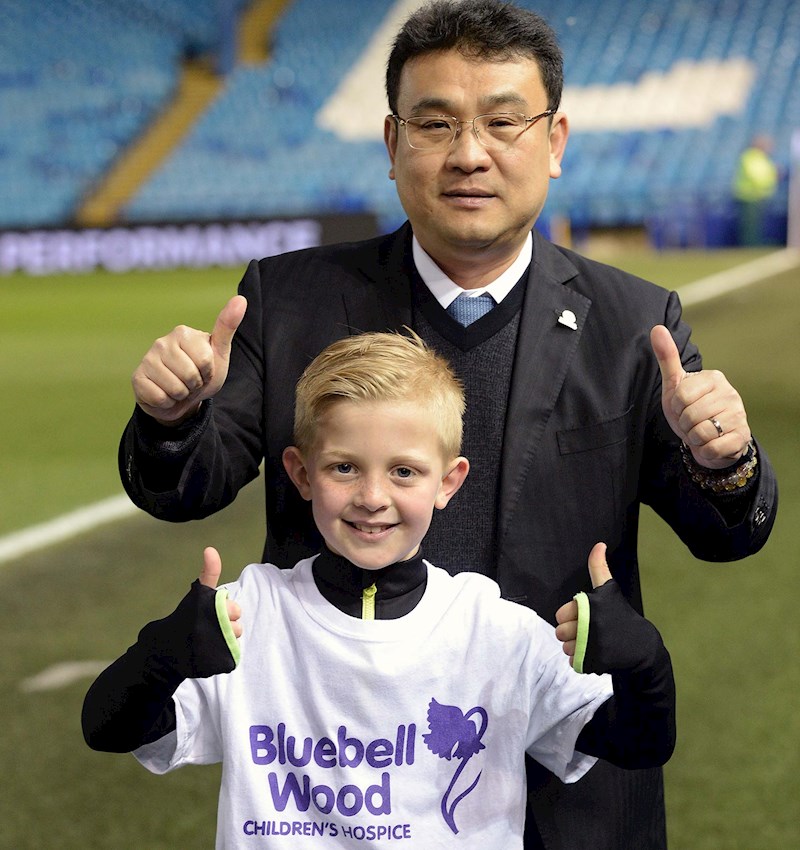 As kick-off approached at Hillsborough, Shay was invited pitchside and presented striker Steven Fletcher with his February Player of the Month trophy and met the Owls squad.

Proud dad Jason said: “He loved it but he was absolutely shattered this morning.

“The chairman came down and he said he was proud of him and said he would match what he had raised.

“I’m so proud of him. He also got the chance to speak on the microphone before the game about what he’d done.”

Shay split his journey into two legs, completing half on Sunday and finishing the walk after school on Monday.

His dad continued: “There were taxis pulling up and drivers were jumping out and chucking money in the bucket. We called in the New Barrack Tavern on the way to the ground and the fans in there were great.

“When he met Mr Chansiri he said he wanted young fans of Shay’s age to know that when they do something like this, he will support them and that’s a really nice thing to do.

“Shay understands how much Bluebell Wood do for Evie-Mae and her parents Keeley and Adam and brother Brandon. They offer so much more to families – it’s an amazing place.