The Owls Under-18s were presented with their U18 Professional Development League North title during the half time break of Sunday’s season finale with QPR.

Wednesday sealed the title in late April following their 1-1 draw with Sheffield United at Shirecliffe.

Andy Holdsworth’s side required just a point from the Steel City derby to pip Leeds to the title, finishing above the Whites on goal difference.

The Owls suffered just three defeats throughout the entire campaign, four less than their nearest rivals Leeds, to finish as league champions.

The official presentation took place at Hillsborough on Sunday, with Owls chairman Dejphon Chansiri handing over the prestigious trophy and medals to the Wednesday youth side. 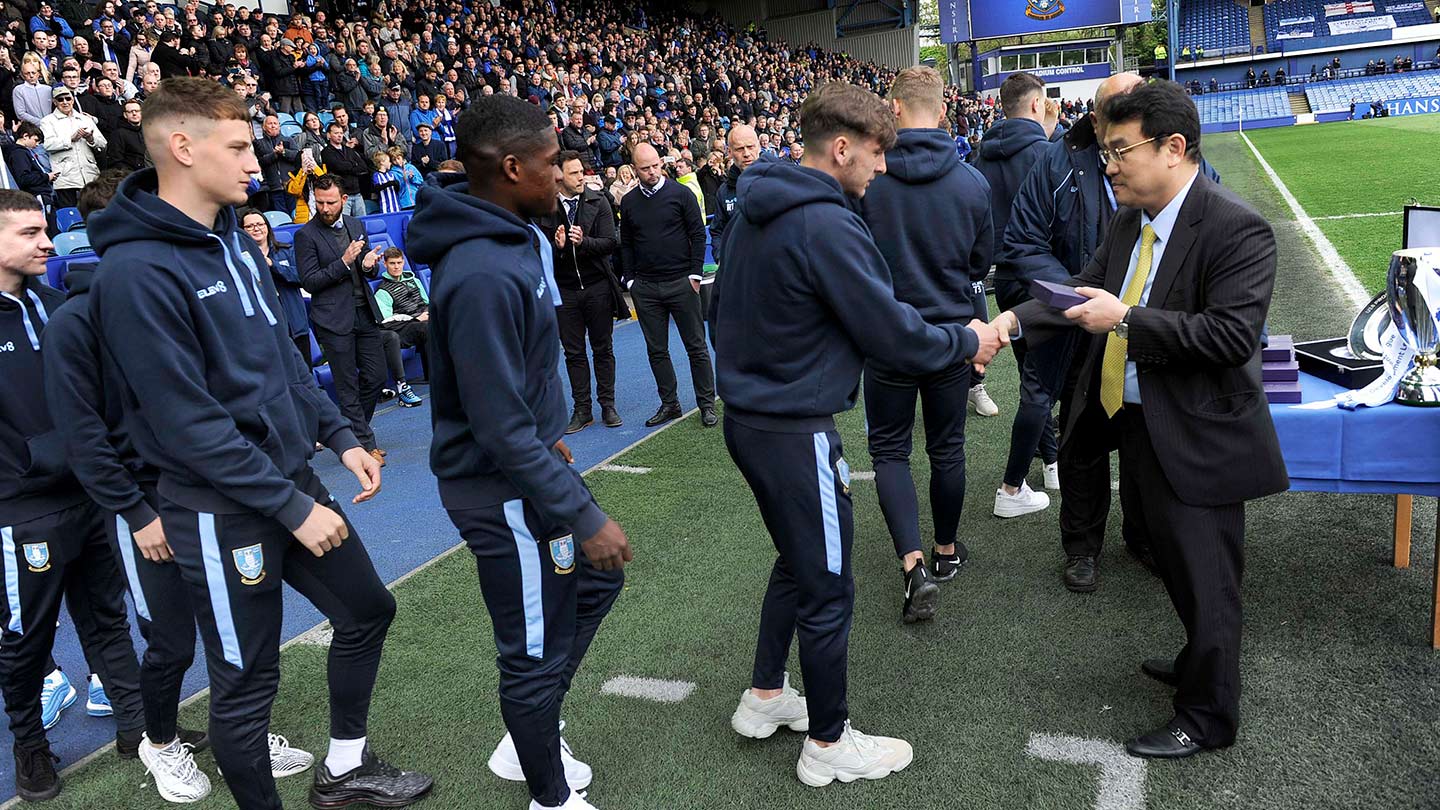 Wednesday’s Under-18s, of course, went on to scoop the National title by winning their play-off fixtures against Ipswich and Cardiff.

The final took place on Friday night at Hillsborough as the Owls overcame the Bluebirds in a dramatic 3-2 victory.

Following the presentation on the pitch at the weekend, the youngsters completed a lap of honour at Hillsborough with their silverware.

Our double-winning Under-18s are doing a lap of honour with their silverware during the half time break! #swfcLIVE pic.twitter.com/GWGjPKbZja