For the second successive week, Wednesday were embroiled in late drama and while this occasion yielded a point, it came so close to being all three.

When Fernando Forestieri levelled Andre Ayew’s first half opener late on, it seemed the points would be shared.

However, the Owls had other ideas and Morgan Fox struck in stoppage time to seemingly seal a stunning win.

But right at the last, Swansea motored upfield and Ben Wilmot somehow salvaged a draw to conclude an amazing afternoon of Championship football.

It was hard overall for Wednesday, who were on the front foot from the first whistle. A well-worked corner routine almost got the Owls off to the perfect start when Kadeem Harris picked out Jacob Murphy, whose low drive that took a deflection was saved by the alert Freddie Woodman.

Atdhe Nuhiu then fired inches over the crossbar as Wednesday continued their jet-heeled opening to the contest.

Woodman thwarted Steven Fletcher from close range, Nuhiu’s effort from the rebound was deflected over and Swansea were desperate for an outlet.

The visitors did stem the flow for a short while but were back against it on the half-hour mark when Kieran Lee found Fletcher in the box, the striker’s header beat Woodman but hit the woodwork.

The danger of domination without the breakthrough was always high given the quality in the Swans’ ranks, as Wednesday discovered on 31 minutes.

A rare corner from the visitors was not dealt with by the Owls’ backline and Ayew was on hand to stab into an empty net.

It was harsh on Wednesday but they regrouped for the remainder of the first half to see far more of the ball, albeit without calling Woodman into further action. 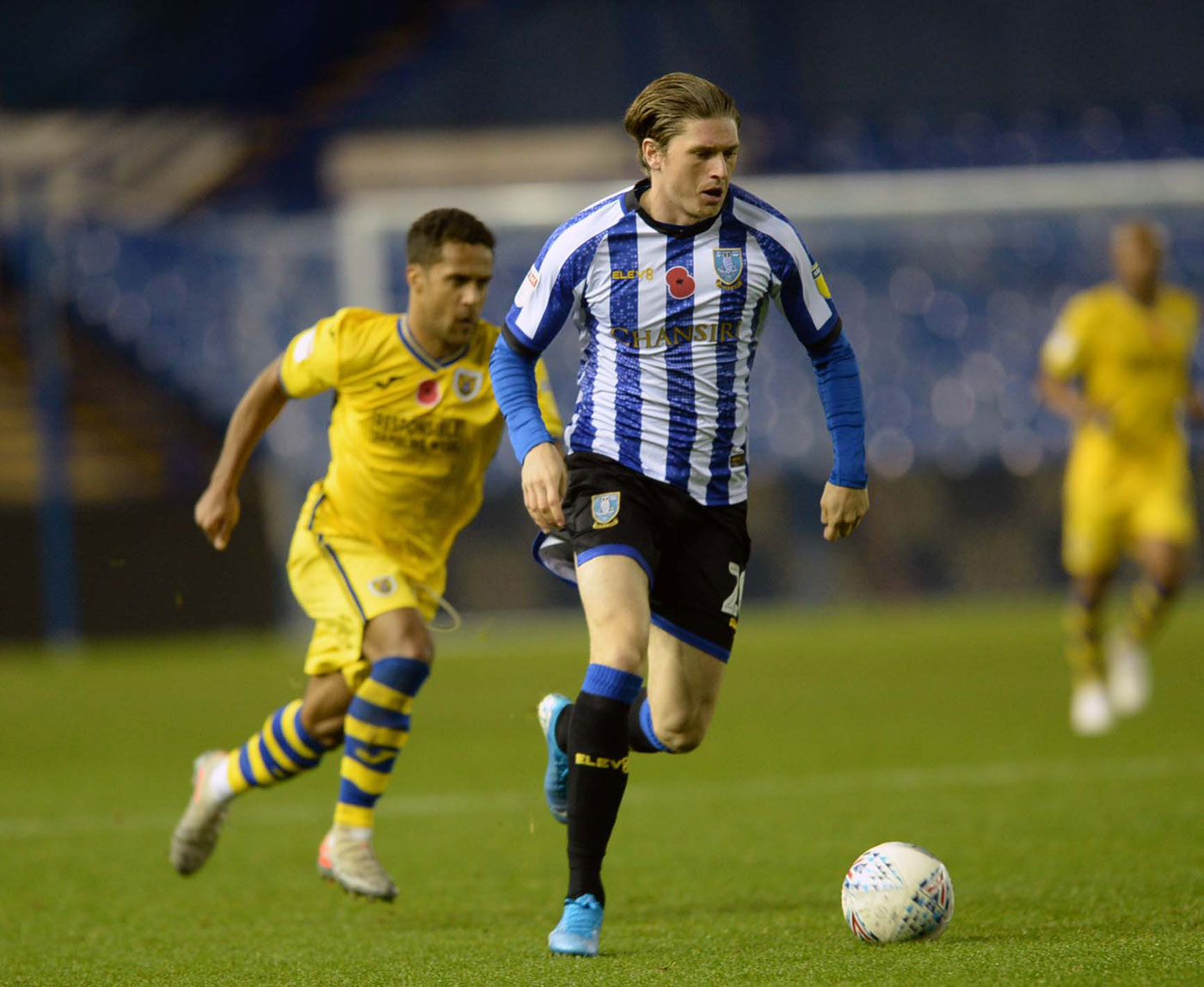 The Swansea keeper, though, was concerned immediately after the resumption when Murphy guided narrowly wide following terrific build-up play between Lee and Fletcher.

Nuhiu glanced a Murphy free kick wide before the Welshmen grew more into the game, particularly on the counter.

But they relied on a good deal of fortune to preserve their lead on the hour – first Woodman scrambled away Fletcher’s header, then Murphy smashed against the post.

Swansea hit back with Ayew heading wide having ghosted into space and Fox did well to block Nathan Dyer’s low drive.

Wilmot rattled the post moments later and it was the Swans looking the more likely going into the closing stages, nearly doubling their lead only for Keiren Westwood to deny Connor Roberts at full stretch.

But in a contest punctuated by the unexpected, the Owls levelled with nine minutes to go to trigger an explosive end. 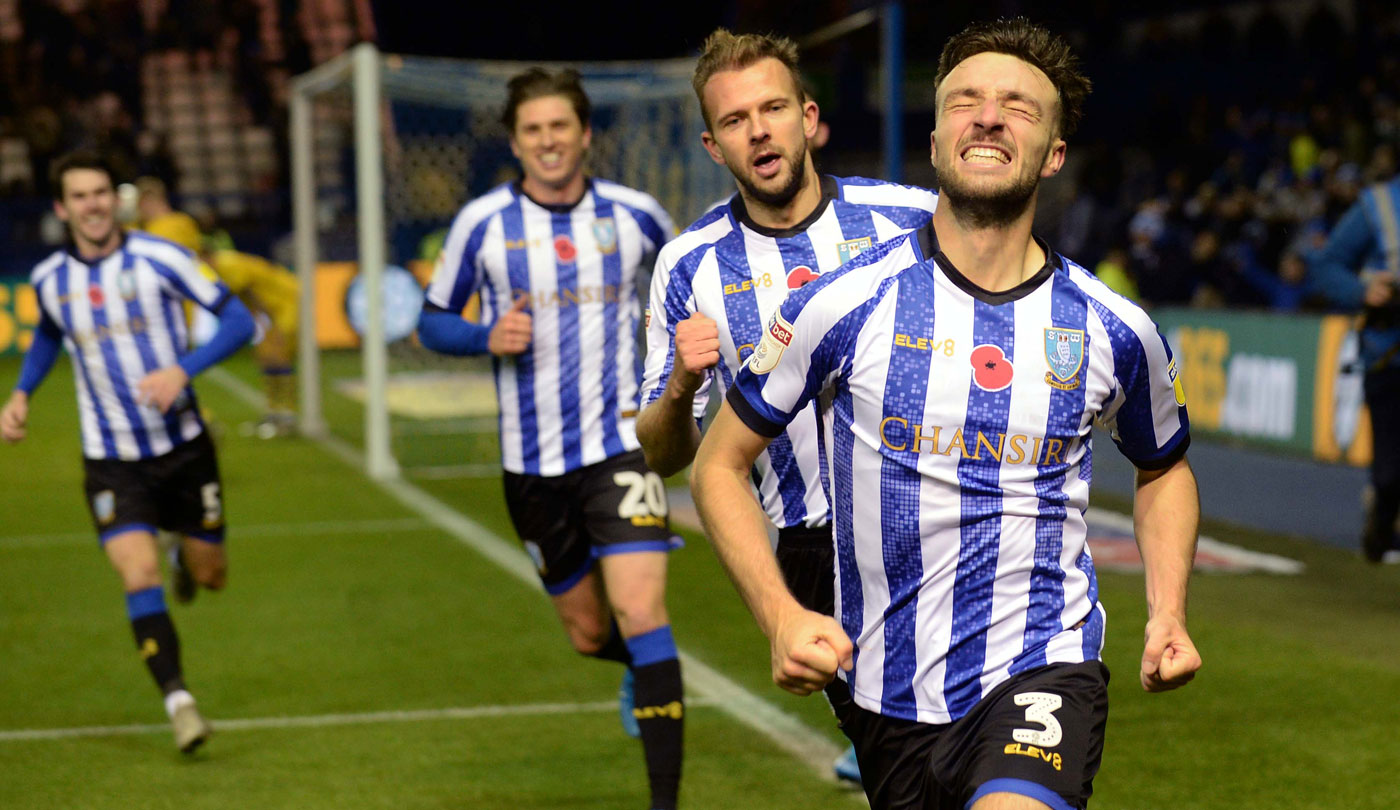 Substitute Adam Reach forced a fine save from Woodman but Lee was on hand to square to Forestieri, who crashed into the back of the Kop net.

And still there was more as the Owls hit the front in stoppage time. Barry Bannan swung a deep corner into the mix and there was Fox on the angle of the six-yard box to smash home.

But with Hillsborough still rocking, Swansea went straight up the other end and equalised to claim a share of the spoils.

After Westwood produced a quite stunning save to keep out George Byers, Wilmot ran into room at the back post to salvage a point from the resulting corner.