As we hit the 40-day mark with no football, the Owls’ media team are digging deep into the S6 archives to extend our popular numbers game across our social media channels.

Since elite football was suspended in March, we have charted the ensuing time with specific moments in Wednesday history relative to each passing day.

A whole range of Hillsborough facts and figures have been recalled so far up to today’s landmark of 40 – the grand old age of goalkeeping coach Eric Nixon when he was called into first team action against Grimsby back in 2003. 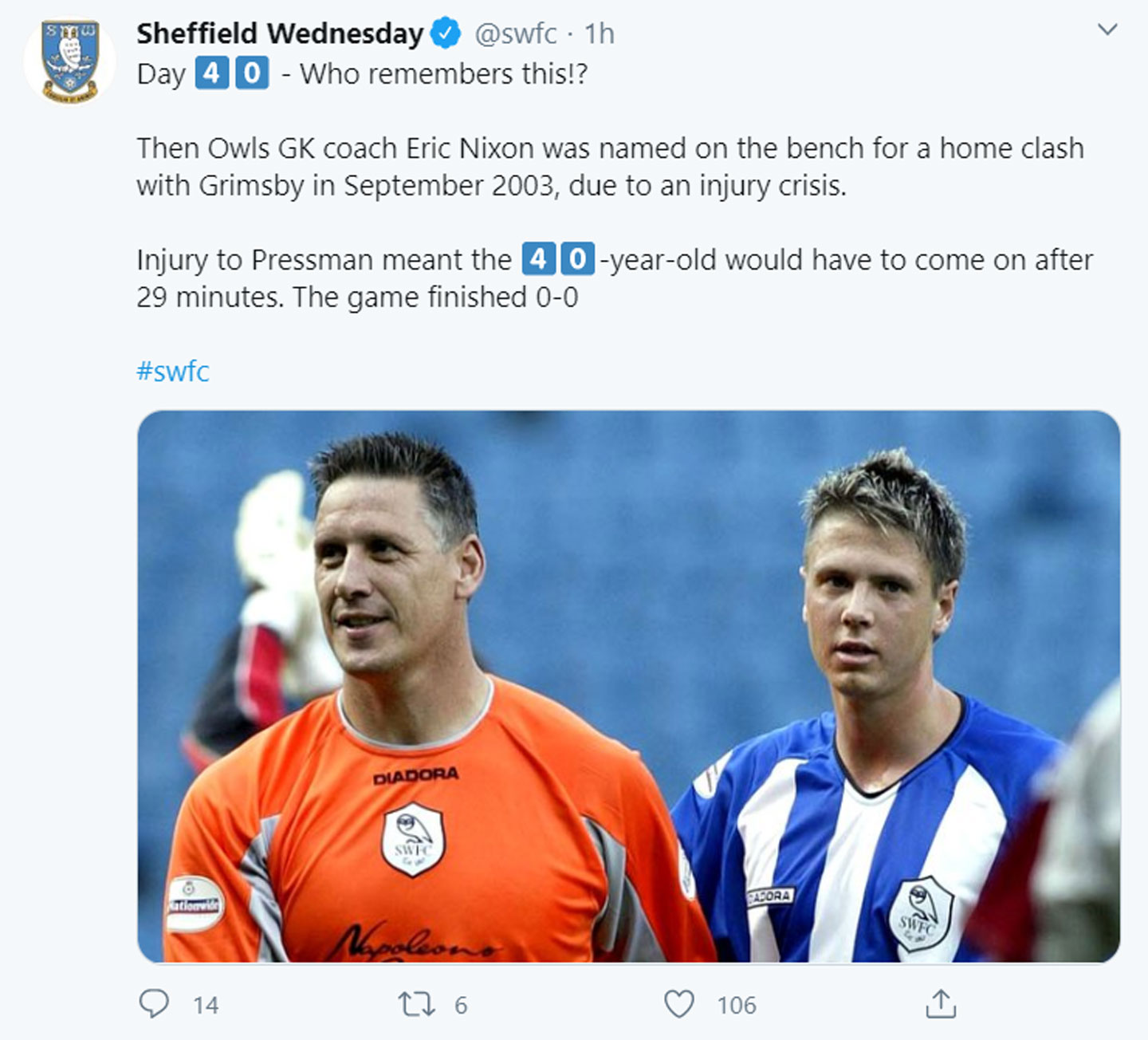 Wednesdayites the world over have joined us via our official platforms on Twitter, Facebook and Instagram throughout, chipping in with some telling and very clever suggestions of their own.

Keep them coming and the media team will do likewise as we head towards the hiatus half century!