This Saturday, 18 April, is the anniversary of Wednesday winning the FA Cup for the very first time after beating Wolves 2-1 at The Crystal Palace way back in 1896.

Victory in the capital also saw Arthur Dickinson’s team become the first to bring the then biggest prize in football back to Yorkshire.

Now, some 124 years later, a quartet of SWFC authors have joined forces to bring Wednesdayites the story of that success by combining historical and new material with 80 rarely seen images.

And thanks to a generous gesture, ‘When’s The Replay?’ can be downloaded completely free of charge by CLICKING HERE.

Alternatively, for those who would prefer a physical copy, there is an option to buy the book in printed form, with all proceeds going directly to the S6 Foodbank.

‘When’s The Replay?’ refers to Fred Spiksley’s match-winning goal, hit with such ferocity that it confused Wolves keeper Billy Tennant, who seeing the ball in front of him after it had rebounded from the net, promptly hoofed upfield and missed the restart!

This led to the Black Country custodian asking at the end of the game, ‘when’s the replay?’ This and many other tales of Wednesday’s triumph are covered in this absorbing publication. 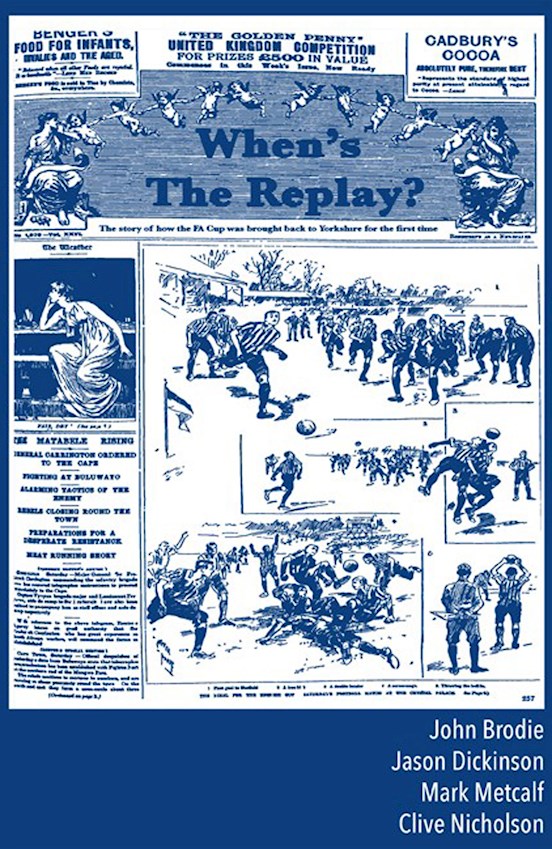 Supporters will be familiar with the work of lifelong Wednesdayite Jason Dickinson, who has authored a whole host of books on his beloved Owls.

He told swfc.co.uk: “Our football club has a rich and interesting history which I know our fans are proud of.

“During these difficult times when we are all missing watching the team, we are pleased to share one of our greatest stories and introduce supporters to some of the remarkable characters who have donned the blue and white.”

Clive Nicholson, co-author of the Fred Spiksley biography ‘Flying Over An Olive Grove’ added: “We have always been staggered by the interest in the Victorian era of football and the recent Netflix series ‘The English Game’ showed there are many fascinating stories just waiting to be discovered and told to a 21st century audience.

“I hope that in releasing this book on the 124th anniversary we can introduce even more Wednesdayites to the tale of how the FA Cup was won and those who made it possible. The range of photographs is also unprecedented.”

Mark Metcalf and John Brodie complete the list of authors who have worked tirelessly to produce ‘When’s The Replay?’

The Owls would like to thank Jason, Clive, Mark and John for their efforts and spirited gesture in making their journal available to all supporters.

Download a copy today or, even better, order your printed version HERE priced just £10 and support the S6 Foodbank during these troubled times within our community.