Former Owls striker Gerald Sibon talks through his time with Wednesday, from joining from Dutch giants Ajax to bagging a hat-trick against QPR.

Over to you, Gerald…

Before I moved to Sheffield Wednesday, I knew it was a very big traditional club in England.

My agent spoke to me, because I was with Ajax at the time and I wanted to go to another club abroad, he told me that Wednesday were interested.

I wanted to come to the Premier League, even though the division wasn’t as big then as it is now.

At the time it was still big, there were some big players, it was the Manchester United and Arsenal era and they were leading at the time, so it was interesting to come over and play against them. 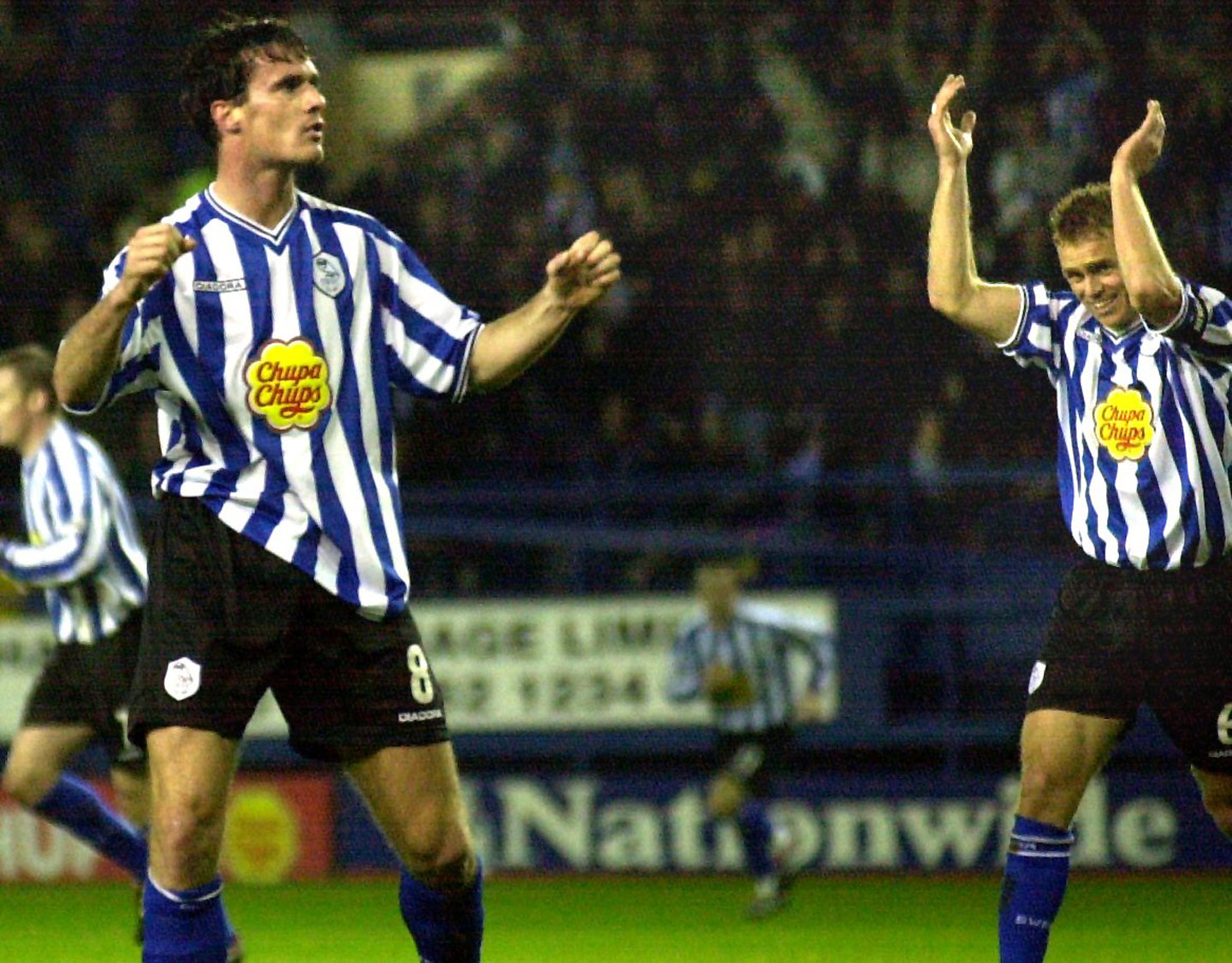 It wasn’t a tough decision to come here, I never had a problem moving on at any time in my career, it was just part of the job.

The quality of the players and the game was similar, though. In Holland the players were educated and understood the game, well, most of them did anyway!

I knew that Wim Jonk was at the club before I signed, he was brilliant. We spoke the same language so it was easier to talk, the English I knew at the time was just from watching movies and listening to songs on the radio, so we first had to adapt to the language and the dialect of some people!

My first season was a disappointing one for the club, we had key players out injured and we could never sort out the right tactics for the games. 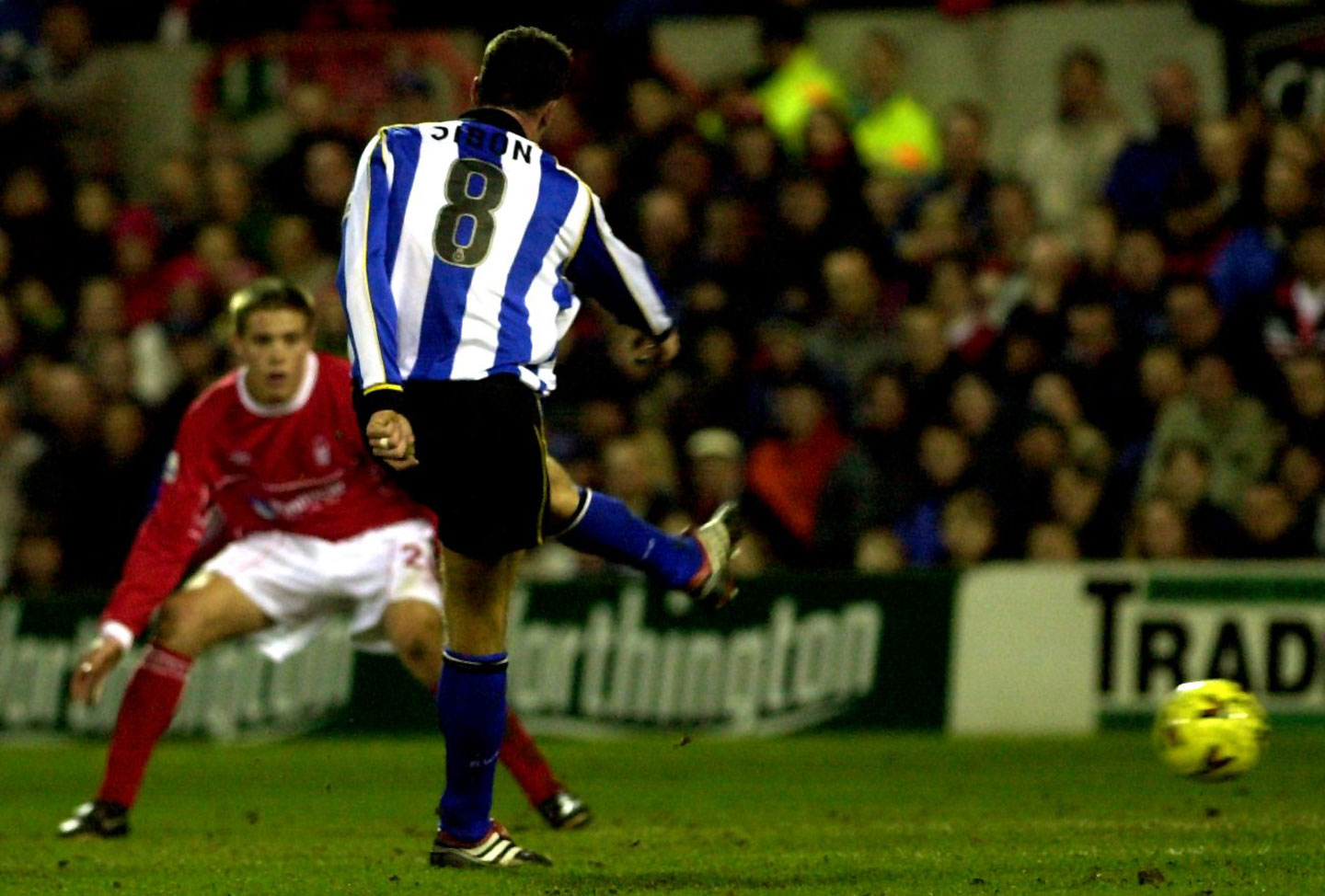 We had some European players who liked to go forward, like Niclas Alexandersson, Petter Rudi, Gilles De Bilde and me, we liked to play forward and press.

And we had some British players, and I know I can’t blame the British! But they felt more comfortable when we dropped a little bit.

Despite the relegation we had some good games that season, we won Tottenham away and we drew to Arsenal away, some good results but we were not good enough or lucky enough with the results over the season.

The dressing room while I was there was not laughing all the time after the games! But I think we had a good group.

There were big players like Des Walker and Andy Hinchcliffe. We had Emerson Thome, Andy Booth and Simon Donnelly, also Pavel Srnicek and Phil O’Donnell who sadly are no longer with us. 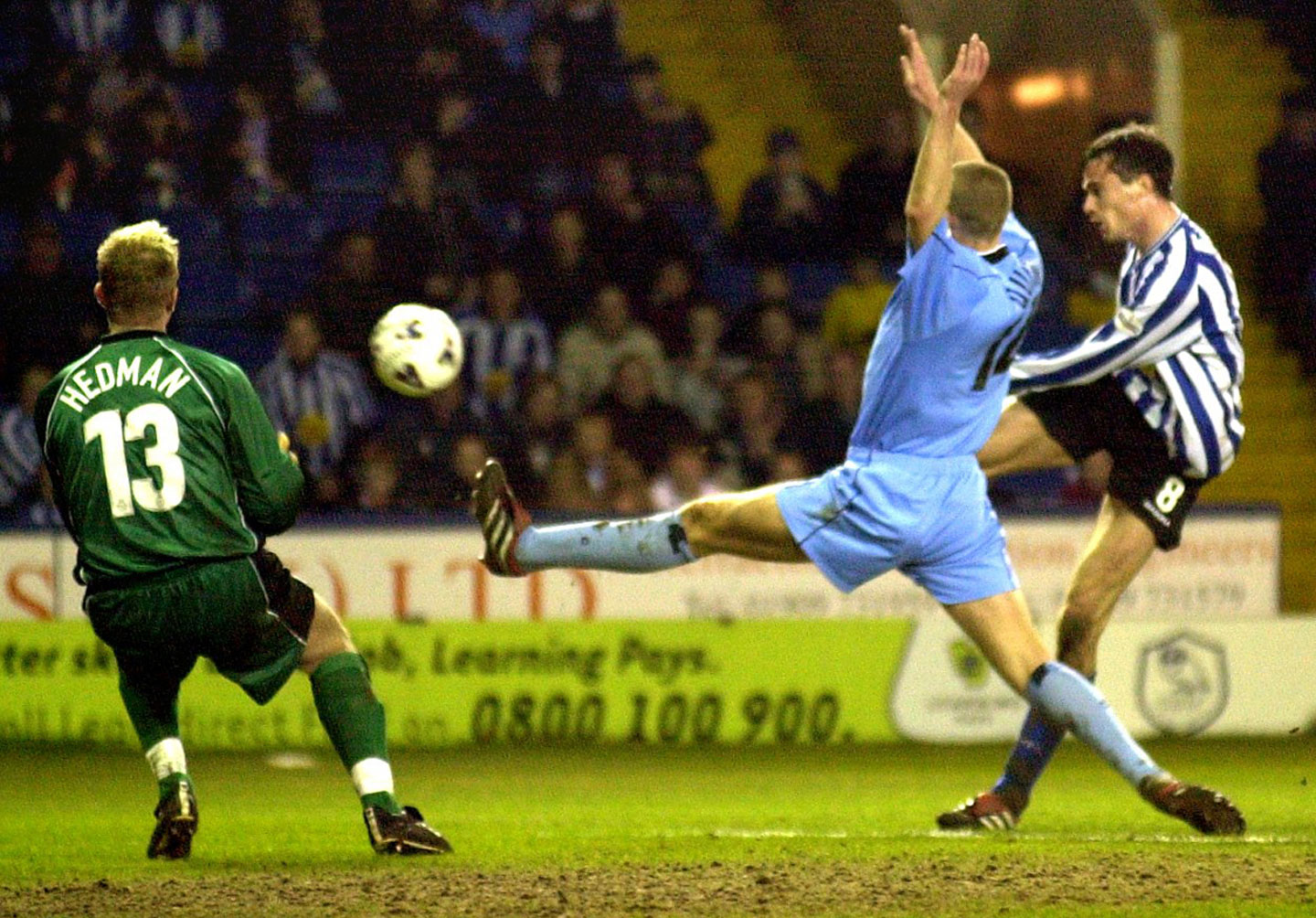 I remember when we drew 3-3 to Derby in my first season. It was a strange game, we were 3-1 up, but they scored the goals in extra time and stopped us from getting the result.

I scored a volley in that game, it was one of my best goals for Sheffield Wednesday, a powerful volley into the top corner.

I worked a lot on having a powerful shot. It was technique, I wasn’t the strongest, but it was the way you strike the ball.

We had a player at Ajax who had a very hard shot and I wondered whether I could do that too. It’s quite a weapon if you can control it, then you practice and get better, your shot just gets harder and harder. 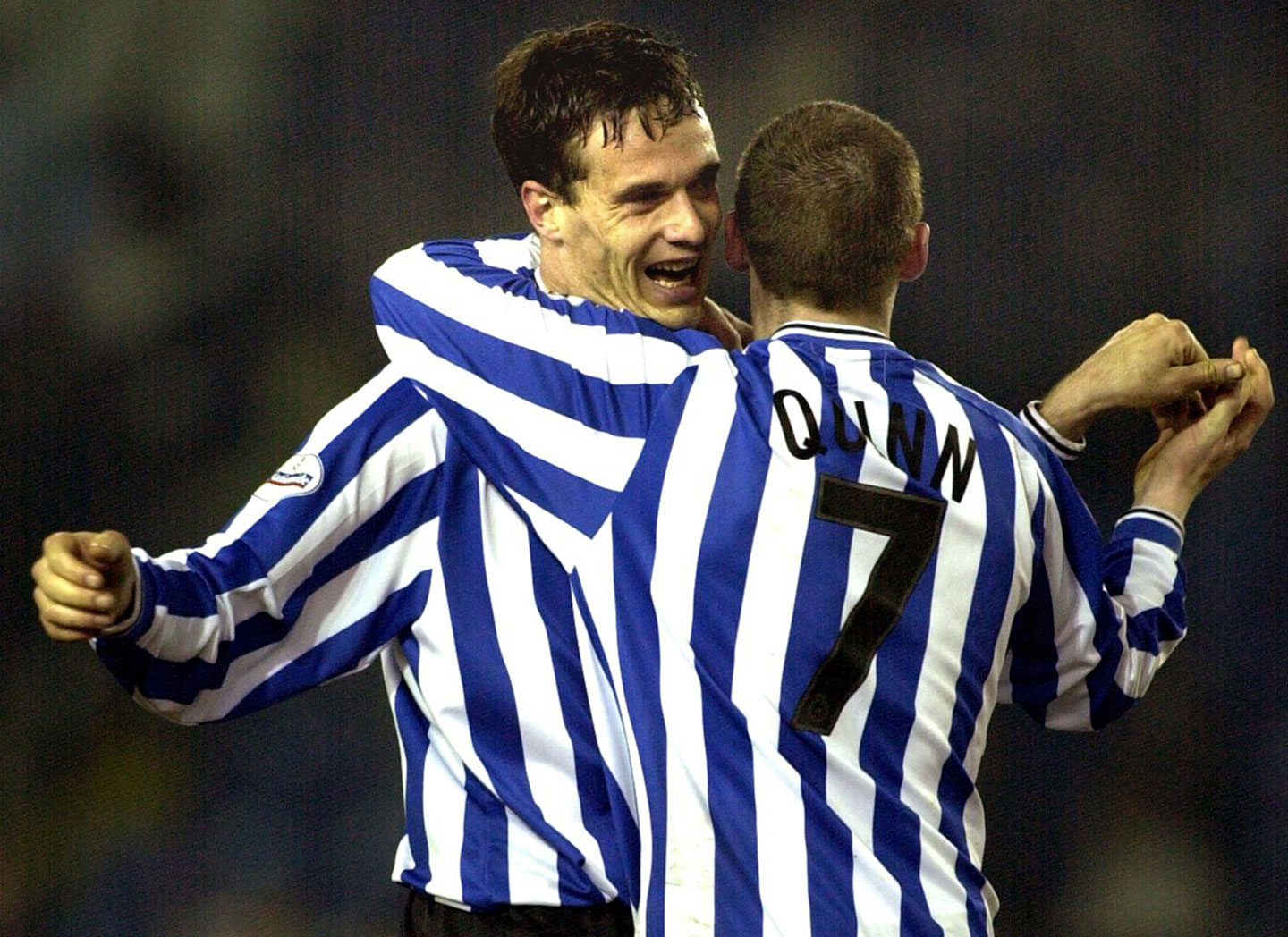 It took me a while to adapt to English football, but after that I felt really comfortable and the second year I got a different position in the team and I was happy. You start to play with a good feeling and then the way you feel off the pitch is better and you get more confident.

The last three years, I was confident, those were some of my best periods in football. I felt good in the Premier League but it was not enough to stay up.

I scored a hat-trick in my second year against QPR. The first one was a good one from distance, the second was a free-kick and the third one I played the ball to Andy Booth who gave it me back and I scored.

We won that match 5-2, Peter Crouch scored two goals for QPR that day. He was on for a hat trick as well and I didn’t want him to get the match ball! I was lucky and I still have the ball today. 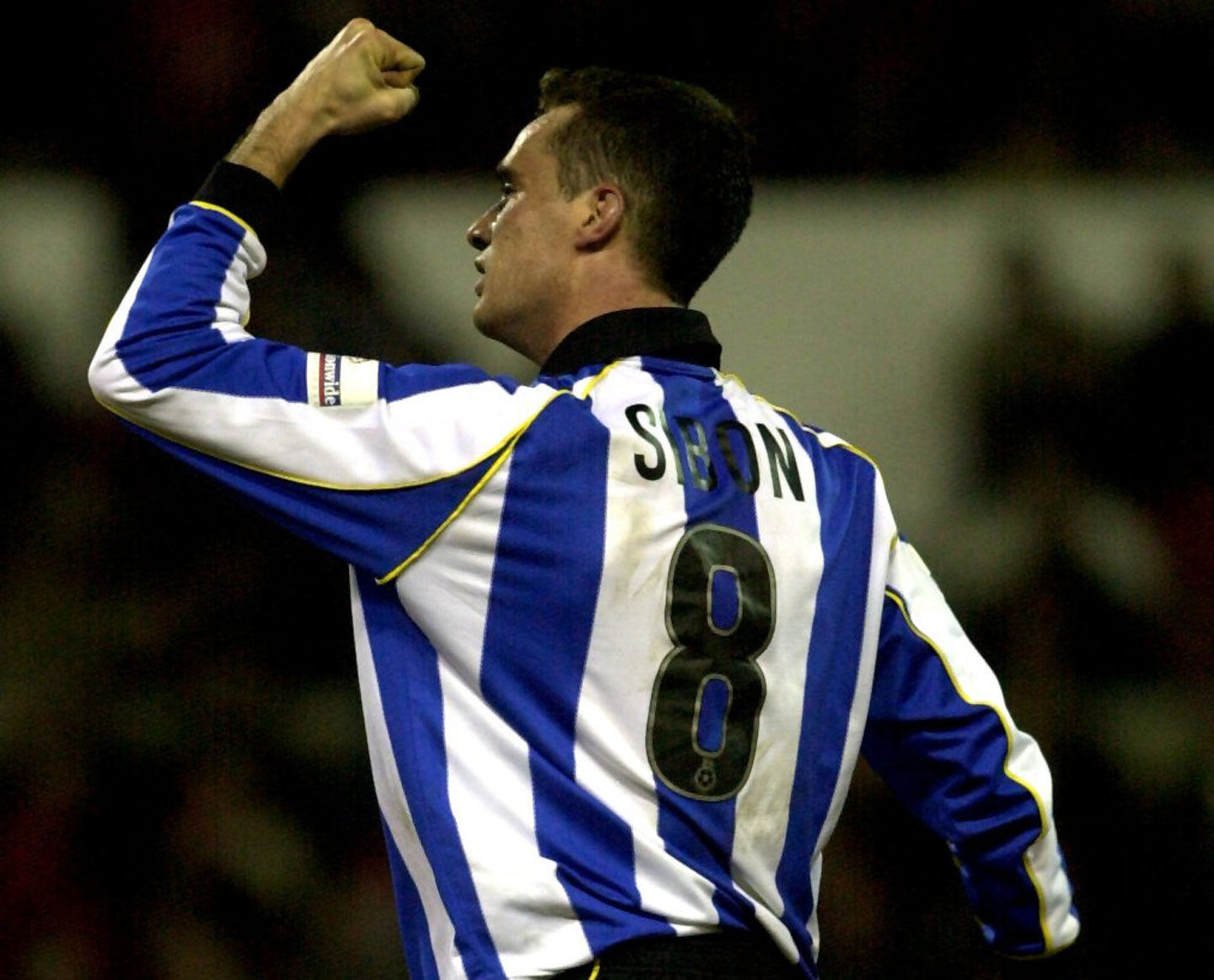 I lived near Whirlow when I came to Sheffield, so I had to go through the city to get to Hillsborough, it was nice.

I spent a lot of time near Ecclesall Road, we had dinner at the Italian restaurant and that was on my way home, so I ate there a lot.

I had a great time in Sheffield, it was not necessary for me to leave the club when I did, but I was one of the players on good wages, and the club was struggling, so it made sense for me to go.

It had been a new experience for me, to come to a new country and adapt to everything that comes with it. 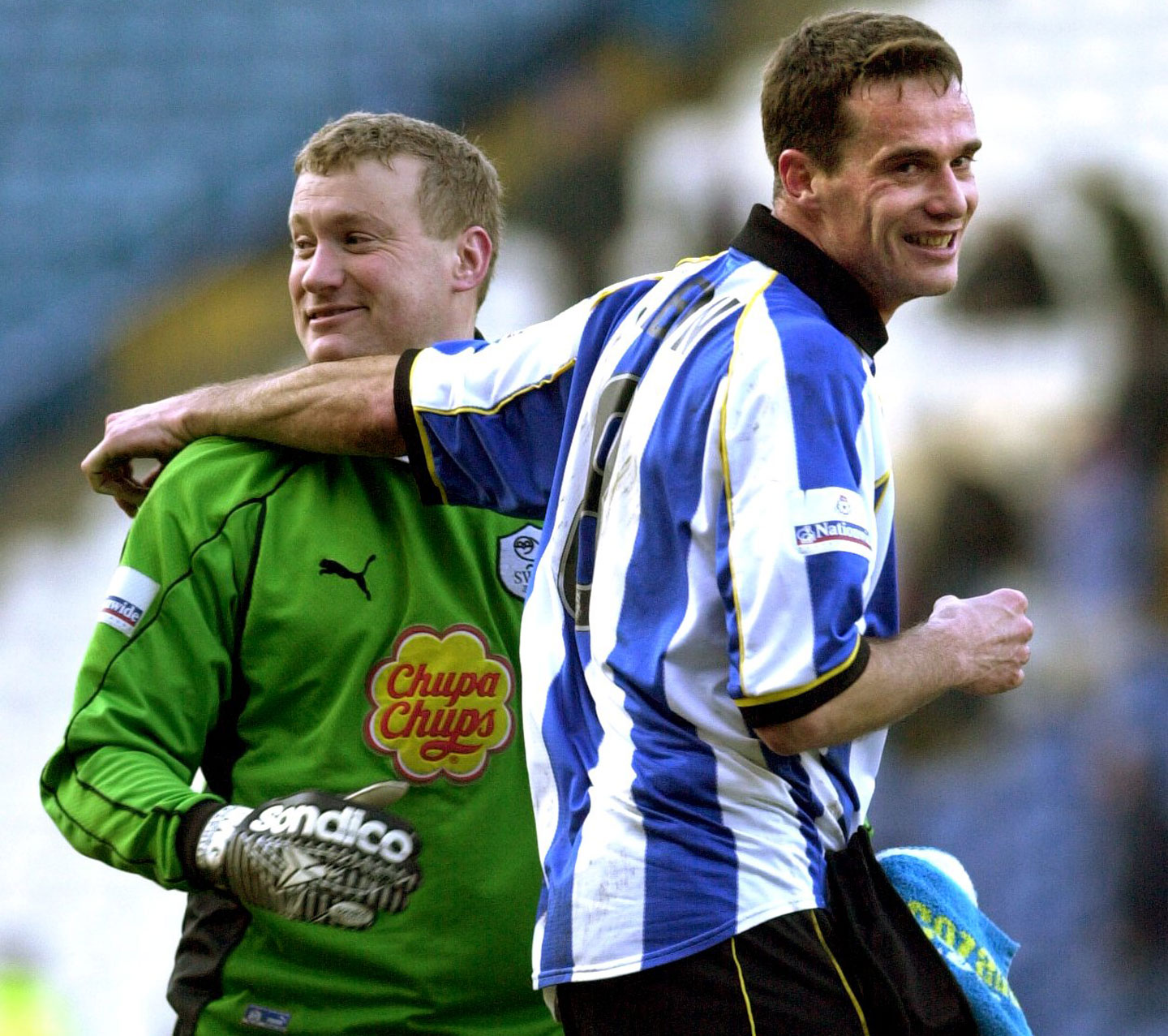 Later in my career I moved to Germany and to Australia, without that move to England I would not be able to adapt as quick as I did thanks to my time in Sheffield.

I still follow the team. I know Joost van Aken because he came from the club where I was working, Heerenveen.

I definitely want to come and see a game again soon and I look forward to seeing Hillsborough again.