Having pipped Leicester to the league title in 28/29, Wednesday set out to defend their league crown the following season and enjoyed another stellar campaign.

Wednesday retained their title and came top of the pile by a much more comfortable margin of ten points, with Derby in second spot.

Not only did the club equal the 60-point record league tally but also finished with a club record 105 goals scored - 39 of which were scored by Jack Allen.

And it could have been even better, as Wednesday were very much on for the double after reaching the FA Cup semi finals that same season but were controversially knocked out by Huddersfield, ending the possibility of becoming the first side to win the double that century.

But arguably the biggest piece of history came in between those two monumental seasons. 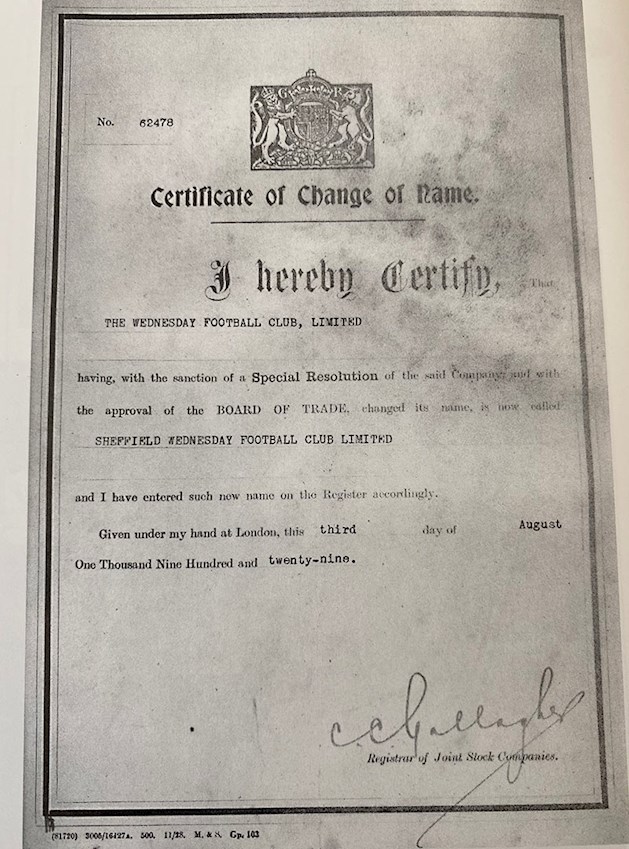 Before a ball was kicked in 1929/30, the club officially changed the name from The Wednesday FC Ltd to Sheffield Wednesday FC.

It was on 3 August when the name change became official.

At the club’s Annual General Meeting, it was proposed to officially change the name. Debate surrounding this subject had stretched back several years and it was finally agreed that for all purposes, the club would be known as Sheffield Wednesday going forward.