Duncan Watmore halved the deficit but despite turning the screw, the equaliser never came and the Owls held out for three crucial points.

Josh Windass fired an early warning shot with a half volley that fizzed past the post before Boro replied in an instant as Marvin Johnson sent in a dangerous drive that Joey Pelupessy hooked clear almost on the line.

Britt Assombolonga was a whisker away from getting something on Watmore’s delivery right into the heart of the six-yard box, but Wednesday looked livelier all over the park in general.

Possession was relatively shared as the contest settled on a freezing S6 night, until the hosts hit the front on the half-hour mark. 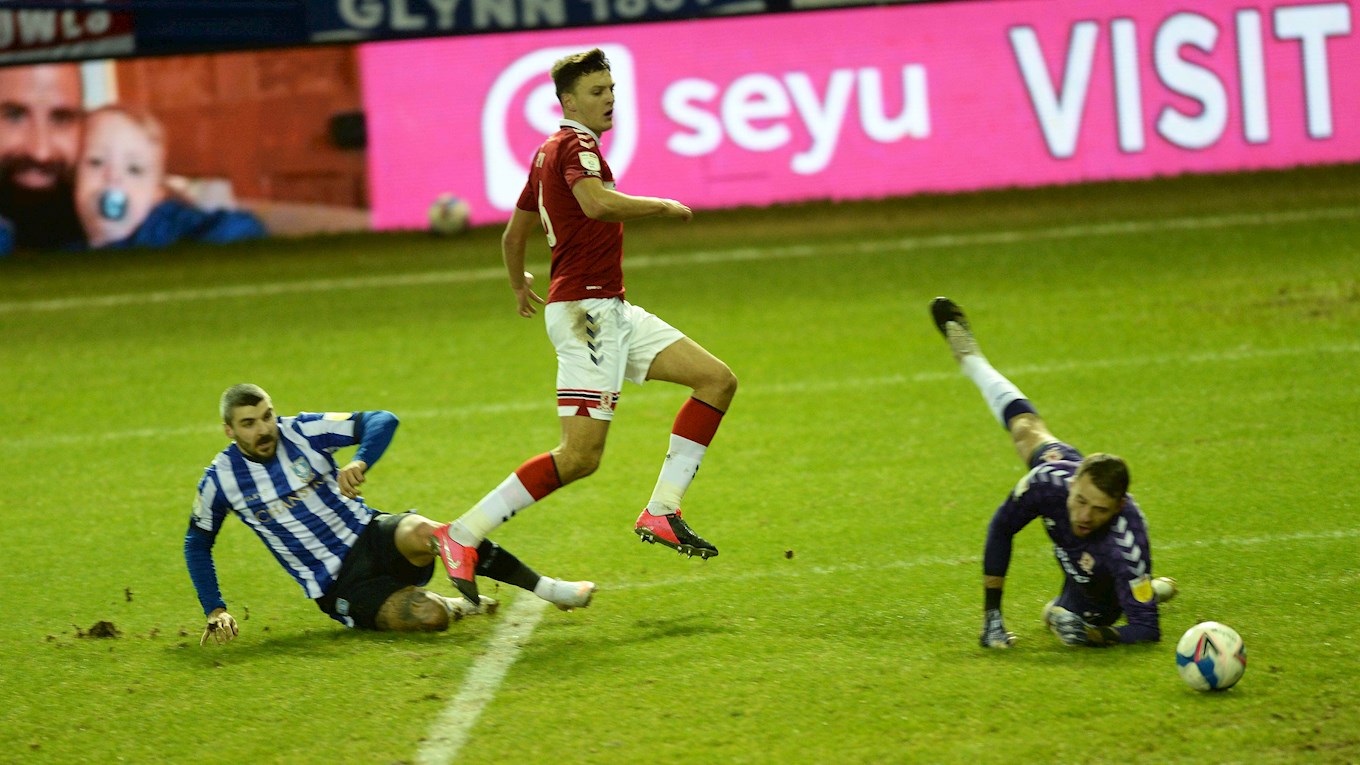 Liam Palmer sent Paterson scurrying in on goal and after a calm take, the Scot finished low across Marcus Bettinelli.

And just as Boro looked to finish the first half with a flourish, the Owls promptly doubled the lead three minutes before the break.

Barry Bannan did exceptionally well to find room on the left channel to turn inside and execute a sublime feed for Shaw to stroke home from close range.

Middlesbrough needed a strong start to the second half and got exactly that four minutes into the restart.

A corner eventually found its way to the loitering Watmore who looked up to place beyond Keiren Westwood into the bottom corner.

The reply coming so soon after the resumption gave the visitors a visible boost but Wednesday regrouped to weather the storm.

There was no doubting that Boro saw more of the ball through the second half, with the Owls playing more on the counter.

But when they did break, alarm bells rang in the Teessiders’ defence, as was evidenced when Bettinelli was called into action to palm a Paterson flick round the post.

Boro hit back and twice went close to completing the comeback. Sam Morsy planted wide with the goal at his mercy before Johnson smashed against the woodwork on the angle.

Still the visitors poured forward and substitute Marcus Browne might have done better with a snapshot that fizzed wide.

But Wednesday, in no mood to relinquish their lead, stood firm across the rearguard to see out 2020 with a vital victory.