Luton missed a first-minute penalty but recovered to beat Wednesday 1-0, with James Collins the man of the moment.

The Hatters’ striker squandered the early spot-kick but made amends by hitting the only goal of the game midway through the first half.

Wednesday launched more of a response after the break but could not find a way through a resolute home defence that provided the foundation for all three points.

The contest was barely 30 seconds in when the Hatters were handed an unexpected opportunity to make the perfect start.

Tom Lees tangled with Pelly-Ruddock Mpanzu in the box and the referee had no hesitation in pointing to the spot.

Collins stepped up and got full purchase on his penalty but the ball struck the top of the crossbar and literally left the stadium high above the relieved Cameron Dawson. 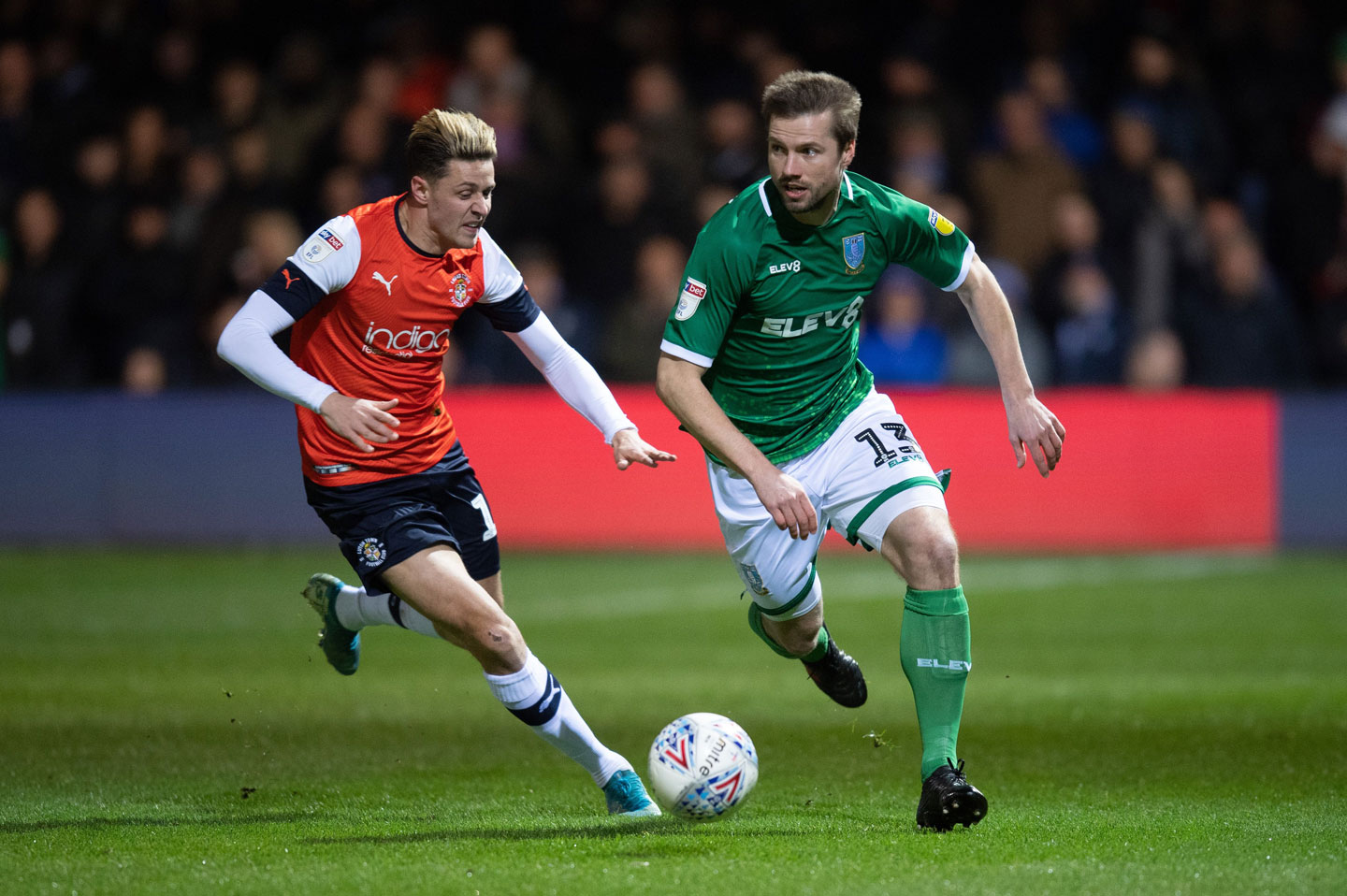 The Owls settled into the game, keeping possession and passing well, but it was Luton that created the next chance when Ryan Tunnicliffe swivelled to test Dawson with a snapshot comfortably saved.

The home side then upped the ante and Collins turned provider, cleverly teeing up the advancing Izzy Brown, who somehow conspired to shovel wide with the goal at his mercy six yards out.

But Collins would have his say as the Hatters took the lead on 23 minutes. Harry Cornick broke free down the right of the penalty area and rounded Dawson to square for Collins to atone for his earlier miss from close range.

The Irish international was at the heart of the action almost immediately after the restart, spooning over on the angle following good work from Brown.

Dawson gathered well from a Glen Rea drive as Luton sought a second and for Wednesday’s part, half time presented the chance to regroup after a testing opening period.

The Owls started the second half with more composure, utilising the outlet of substitute Kadeem Harris, on for Fernando Forestieri. 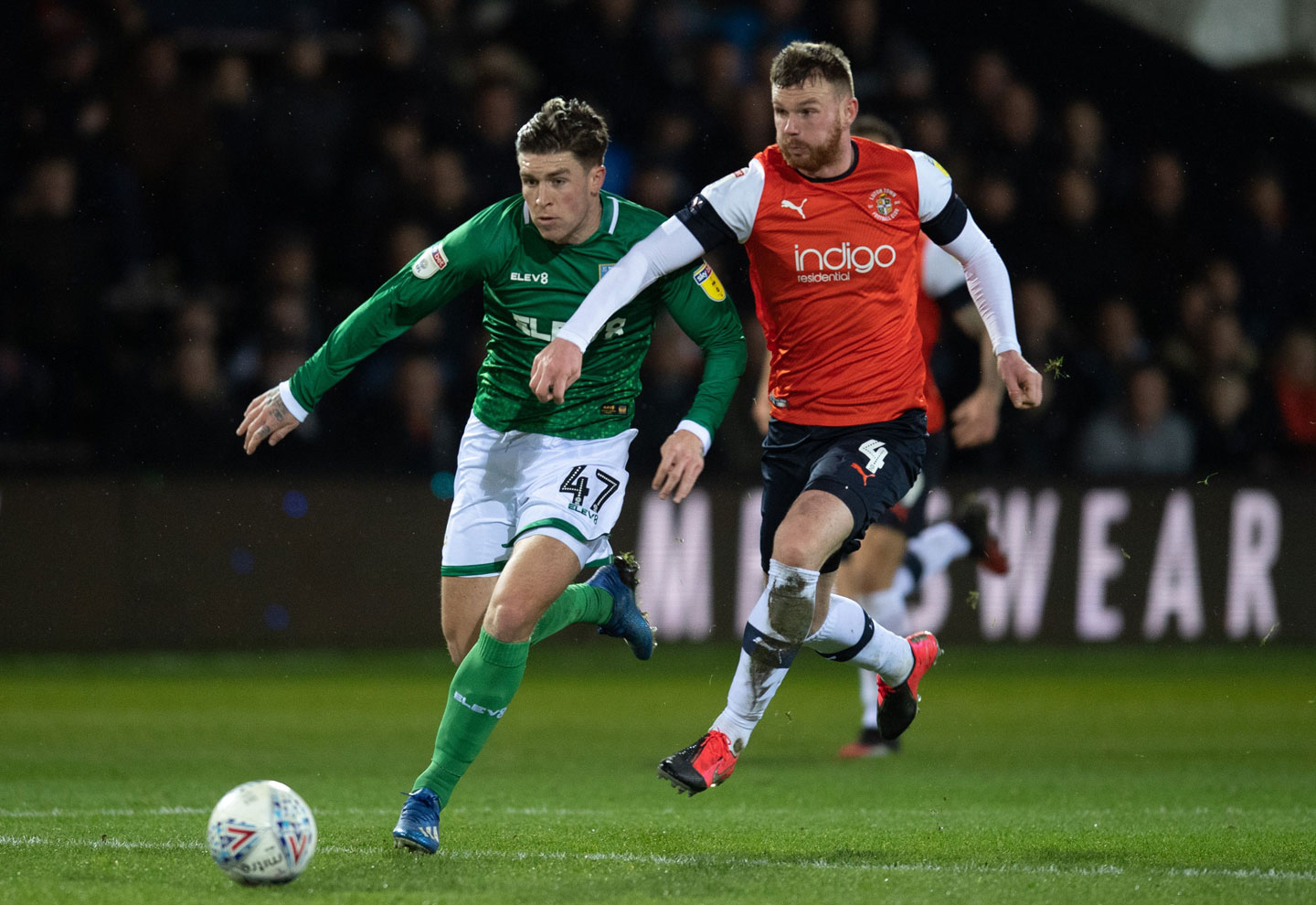 Harris was instrumental in Kieran Lee forcing a brave defensive block from Sonny Bradley as Wednesday saw much more of the ball.

And Harris almost fired an equaliser on the hour, forcing Simon Sluga into a fine diving save from the edge of the area.

Wednesday went closer still moments later when Harris got to the byline and picked out the onrushing Julian Börner, whose powerful header was inches off target.

The Owls pushed forward for an equaliser but Luton thought they had put the game to bed with 10 minutes to go when Bradley netted from a Brown corner but the goal was ruled out for a foul on Dawson in the build-up.

Still the Hatters pressed through the closing stages, keeping the visitors at bay in the process, and neither goalkeeper was troubled to conclude a frustrating night for Wednesday.