The Sheffield Fans Derby has raised over £9,000 for the Sheffield Hospitals Charity Dementia Appeal.

The annual event sees a team of Sheffield Wednesday and Sheffield United supporters face off in match to aid a local charity.

The last fixture, which took place on Tuesday 7 May, raised a total of £9.430.54 for the Sheffield Hospitals Charity Dementia Appeal, whose aim is to give support and create an environment to suit those living with the illness.

Run by unpaid volunteers, the Sheffield Fans Derby first took place in 2008, and has now raised over £50,000 for 15 local charities since its inception. 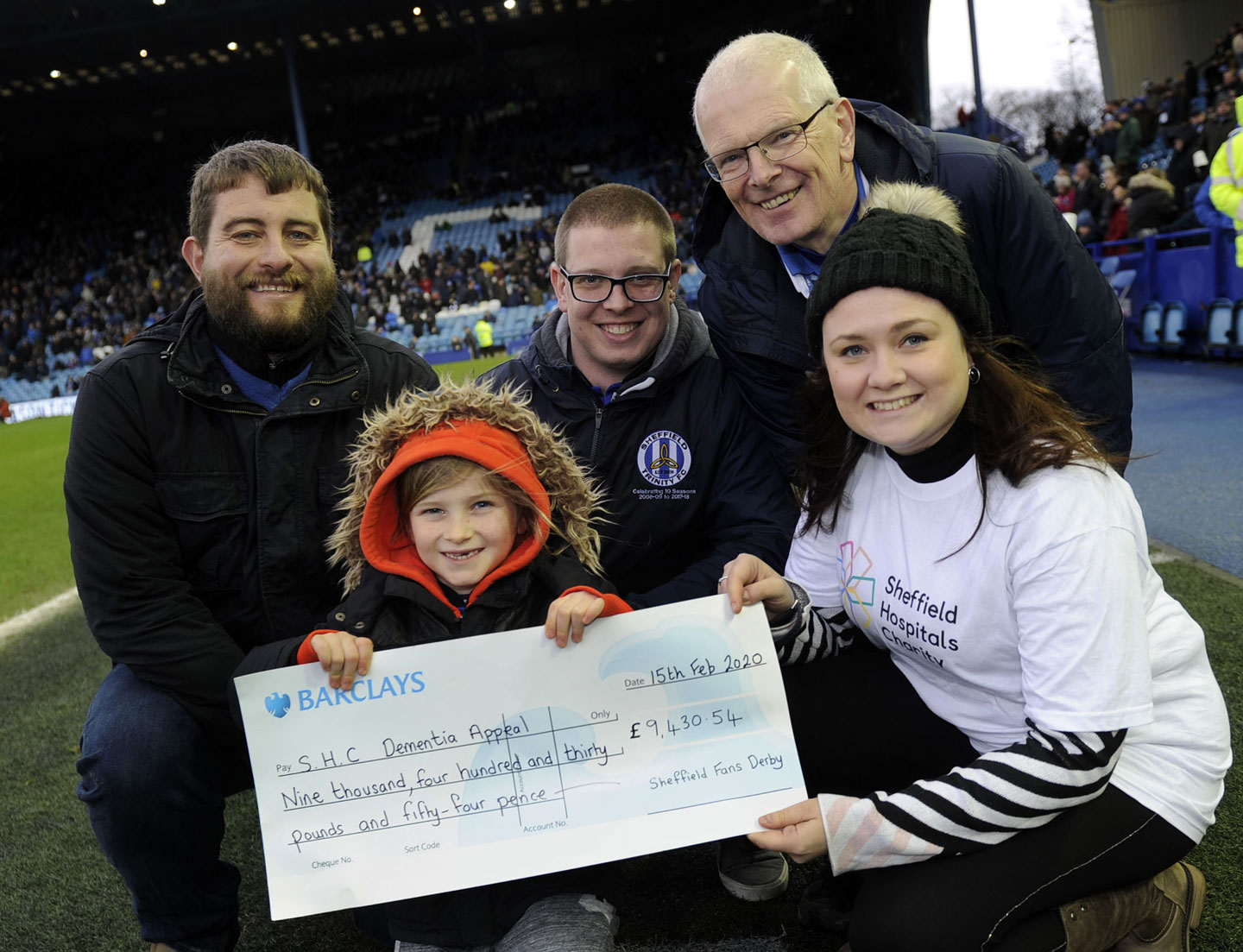 On Saturday, the group’s organisers held a cheque presentation at half time at Hillsborough.

The next Sheffield Fans Derby is already in the calendar, taking place on Saturday 16 May at Rotherham’s New York Stadium.

On this occasion, the event will raise funds for the Sheffield Hospitals Charity Jessops Wing Bereavement Appeal.

To find out more about the Sheffield Fans Derby, and to support their chosen charities, please CLICK HERE.