The nine-year-old walked to Oakwell from Hillsborough ahead of the Owls’ 1-1 draw with Barnsley, before cycling back to finish his triathlon.

Shay also swam 240 lengths in the months previous, all to raise funds for a cause very close to his heart.

Shay’s cousin Evie is a patient at Bluebell Wood, who provide palliative care for young people and support for their families.

The organisation needs £13,325 a day to keep its doors open and relies on the passionate support of people like Shay, and the generosity of those who donate funds. 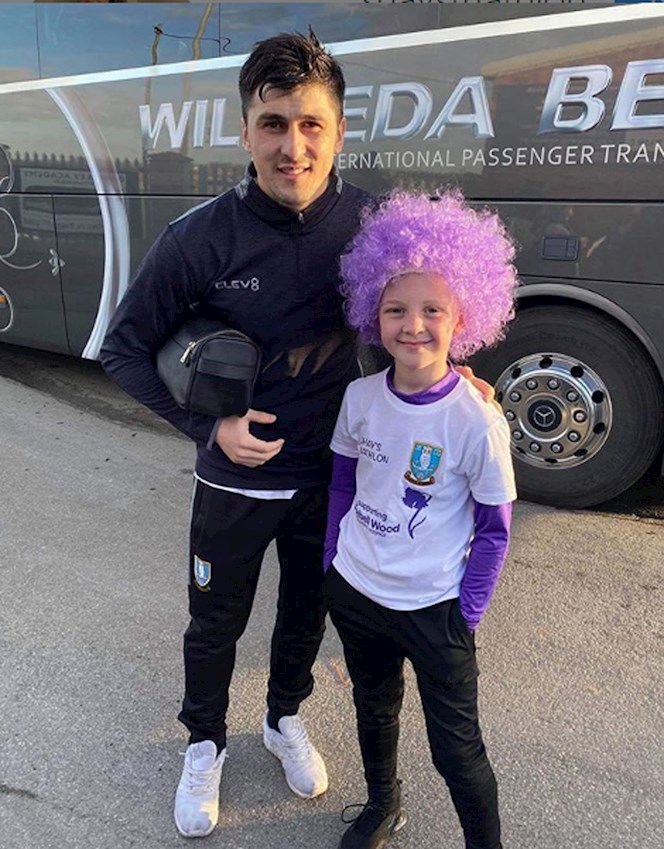 The youngster’s original target was £1,000 but after months of hard work he managed to smash his goal by raising more than ten times this amount!

It’s not the first time Shay has supported Bluebell Wood, last season the young Owl walked from the hospice to Hillsborough, raising an initial £4,000, which was doubled and rounded up to £10,000 by Wednesday chairman Dejphon Chansiri.

After completing his latest brilliant challenge, Shay said: “I feel really proud of myself!

“I couldn’t have done it without the support of everyone, my family, locals teams Handsworth, Wisewood, Thorncliffe and Young Owls, and all the support from Wednesday fans has been amazing.

“I told Evie what we’ve done and she was just laughing which was really nice.” 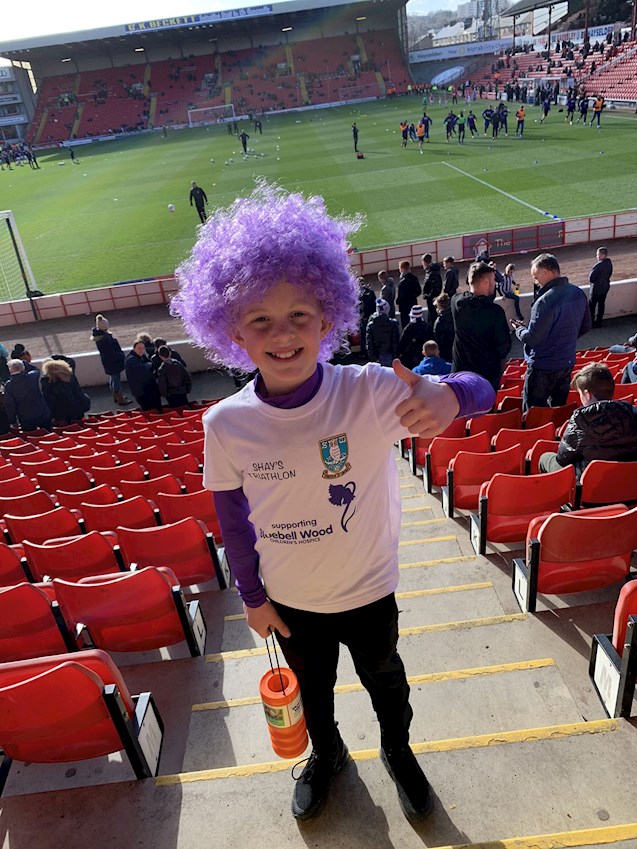 Shay’s dad Jason added: “The Wednesday fans on Saturday were unbelievable with the amount of support they gave him.

“It really makes you proud to be a Wednesdayite.”

Despite only finishing his triathlon on Saturday, Shay is wasting no time in planning his next charitable endeavour!

He added: “I already started planning my next challenge on the bike on the way back from Barnsley!”

Safe to say Shay has earned a well-deserved rest in the meantime. Fantastic work, Shay!