Wednesday’s Under-18s were knocked out of the FA Youth Cup at the fourth round stage on penalties after a tight Yorkshire derby with Leeds at Ings Lane finished 2-2.

The young Owls took the lead early in the second half through Charles Hagan only for Jack Jenkins to draw Leeds level, sending the tie to extra time.

Luke Cox inadvertently put through his own goal to give the Whites the advantage before an equaliser from substitute Basile Zottos ensured penalties would decide the stalemate – and Wednesday went on to narrowly lose 5-4.

It was the Owls that started the brighter with L’Varn Brandy and Lewis Farmer each making dangerous runs as the visitors sought an early foothold.

Wednesday were unfortunate not to go ahead in the 12th minute when Michael Ellery received the ball on the halfway line and his darting run saw him beat two defenders and set up Alex Bonnington but the forward shot wide.

Leeds were limited to few opportunities as the Owls were resolute at the back and threatening in the final third.

Wednesday came straight out the blocks for the second half with Luke Hall’s through-ball finding Hagan, who deservedly put his side ahead, calmly slotting passed Leeds keeper Cooper Skerry.

And it was almost 2-0 when Hall cut inside from the right and brought a flying save from Skerry. 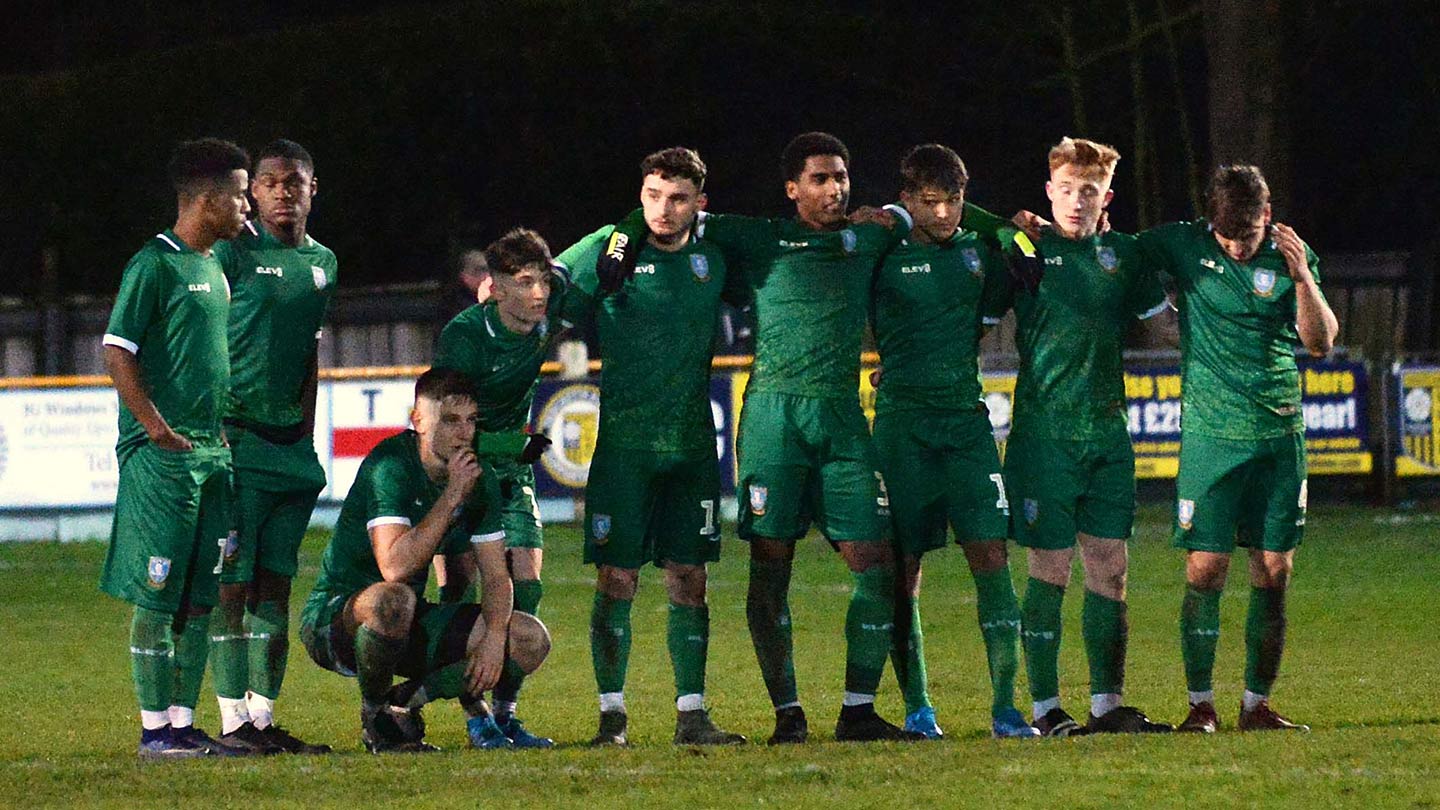 Leeds, though, began to mount the pressure and after a corner was cleared on 67 minutes the second phase saw Cresswell set up Jenkins to score from close range.

Hagan was close to his second at the other end but his low drive was kept out by Skerry before a frantic finish saw the Leeds custodian deny Farmer and Paulo Aguas.

Extra time began and the Whites struck first just three minutes in when Henri Kumwenda found Stuart McKinstry at the back post and his effort was unluckily diverted into his own net by Cox.

The Owls hit back and Charlie Reaney’s floating free kick found the head of Declan Thompson and Skerry tipped the defender’s header over the bar.

Then, a minute before the extra time break, Zottos started and finished the move as Skerry could only parry Reaney’s effort from the edge of the box and the forward was on hand to tap in the leveller.

Both sides had chances to win it to spare penalties – Hagan fired over when through one on one and McKinstry fired into the side netting.

So it was spot-kicks that would take the headlines and after Farmer’s first shot was saved, the remaining nine found the net and Wednesday went down 5-4.