Former Owls winger Chris Brunt details his time with Wednesday, from joining on loan from Premier League Middlesbrough to promotion at the Millennium Stadium, with a few sublime goals along the way.

Over to you, Chris…

Before I originally joined Wednesday on loan from Middlesbrough I’d been down training for a couple of weeks, Chris Turner brought me down to Wednesday.

I played a couple of reserve games, I had a feeling something was going to happen. Middlesbrough won the League Cup in Cardiff and I went to watch that, the day after I came down and signed. 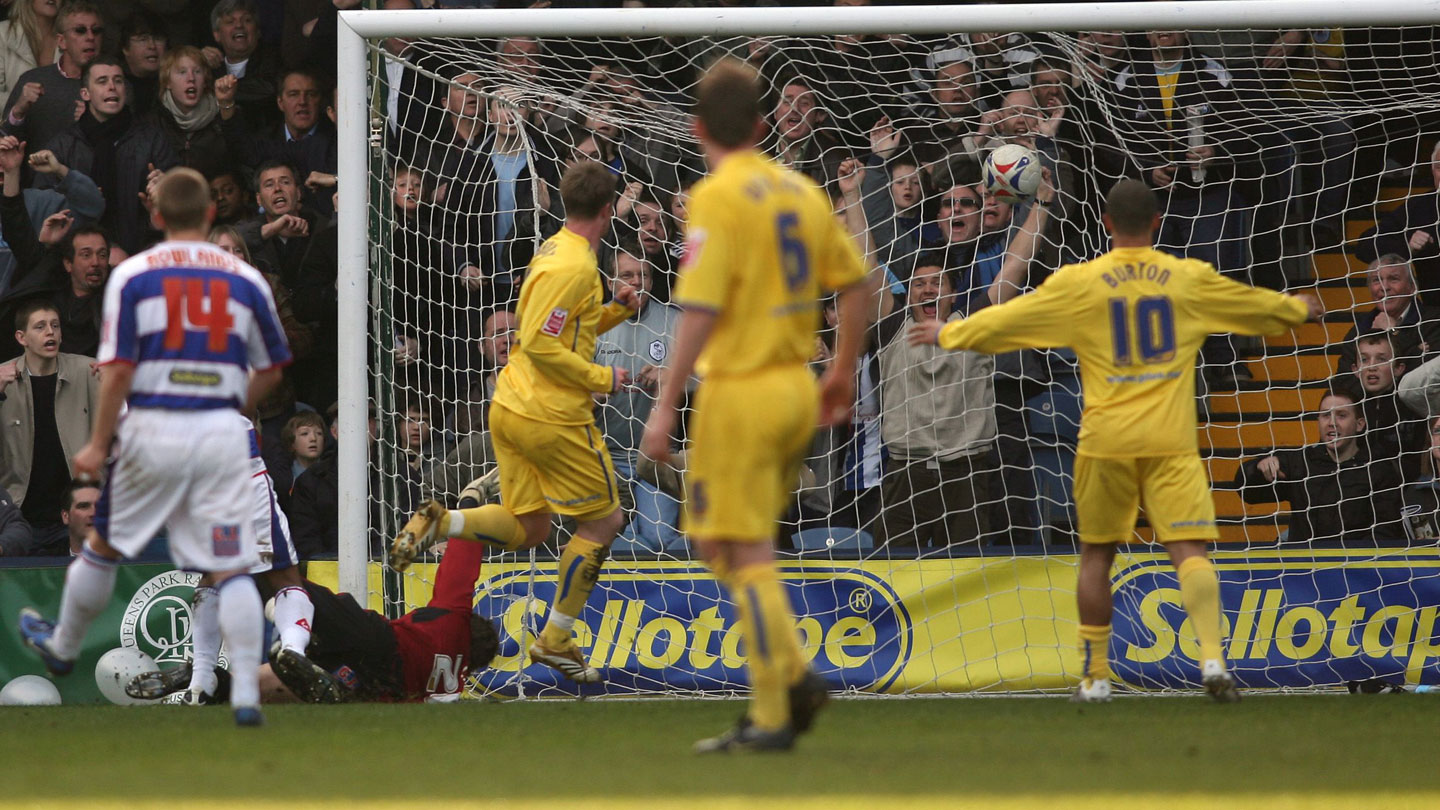 I enjoyed my time on trial, the lads were really good with me. I must have done something right when I was training because things moved pretty quickly.

It was nice to go from a team in the Premier League to drop down a couple of leagues and still be at a big club.

It was a tough season for the club, we only stayed up by a few points in League One, but to be involved started a different stage in my career, it was the first time I had played men’s football.

Playing in front of a crowd at Hillsborough was great, I didn’t think twice about joining permanently. I was delighted to get it sorted. 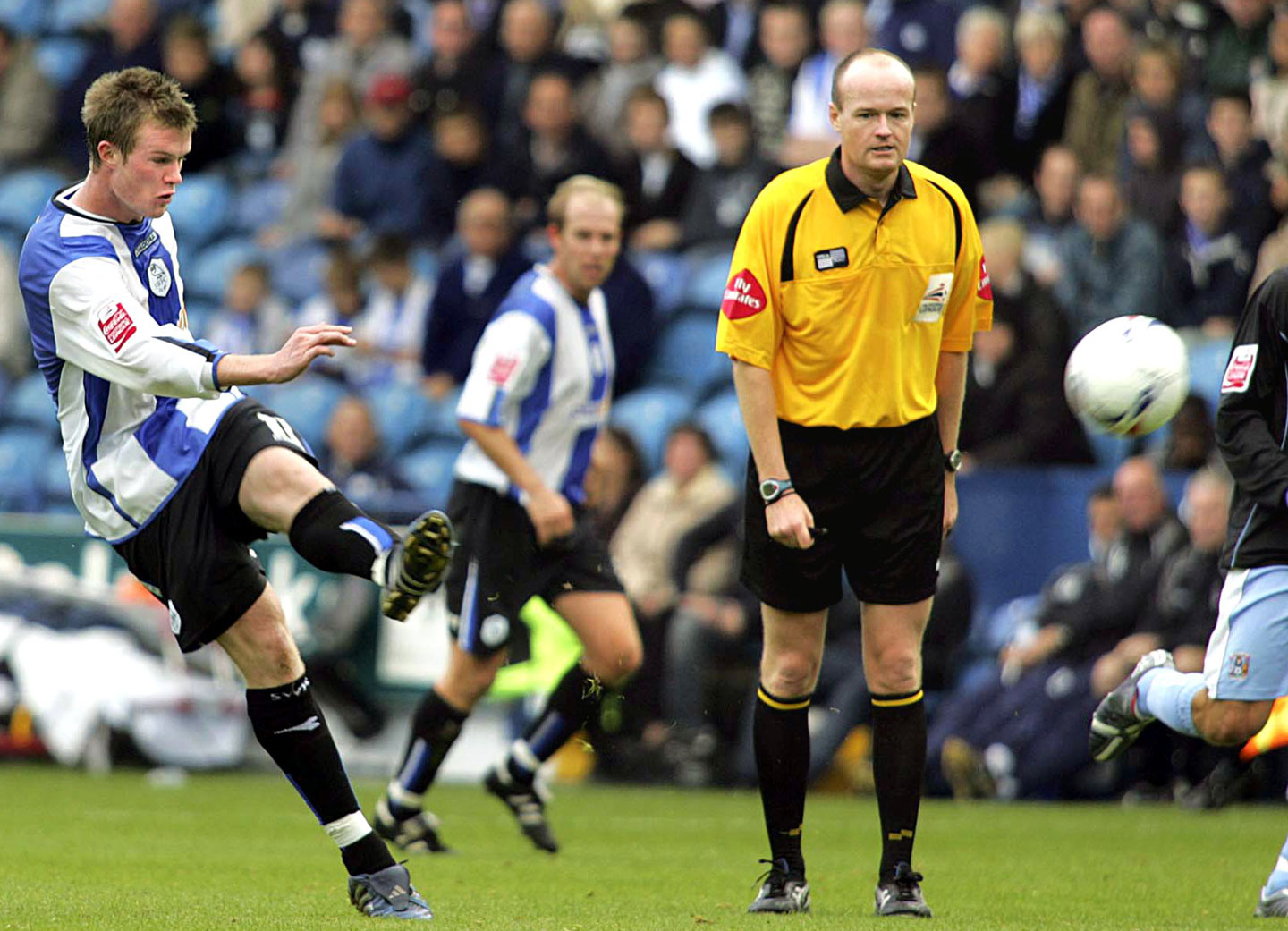 There were a lot of new players in the summer. It wasn’t a bad thing, because we all moved down to Sheffield permanently, we had a lot of players in the same boat. I’ve still got some good friends from 10-15 years later.

It wasn’t just the lads who got on well, the partners, girlfriends, kids, everyone seemed to get on with that bunch. There were no egos, everyone was down to earth and enjoyed their training and we had a few good nights out along the way as well.

I think, from what I recall, I was pretty sensible on that trip, I was still a young lad and finding my feet, I didn’t want to set the wrong impression! It definitely helped everyone blend in and get on with each other.

We were all at similar stages of our career, Glenn Whelan dropped down from Man City as I had from Middlesbrough, we all had a point to prove. 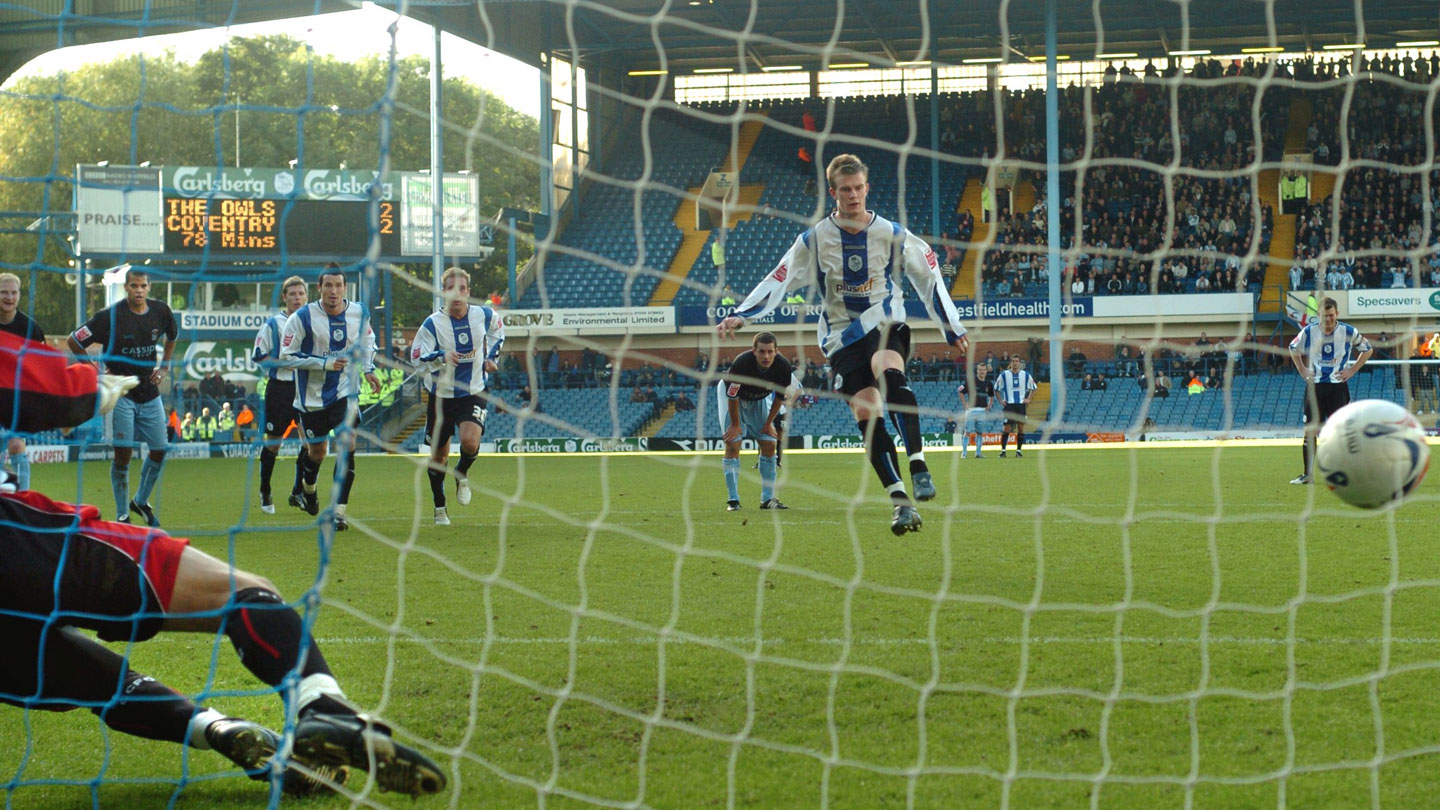 I have lots of good memories from that year, 2004/05. We didn’t start well, there was a big build-up, but we got slapped on the first day, losing 3-0 to Colchester!

I had a few ups and downs, I remember coming on as a substitute in the second game against Blackpool, we went 2-1 up, then I got subbed off again for not tracking my runner!

It was a big learning curve for me. You have to grow up fast.

I scored in the play-off semi-final against Brentford that helped us get to Cardiff, there was a massive deflection for that goal though! It was a big moment, to see the reaction of all the lads and the fans behind the goal was amazing. 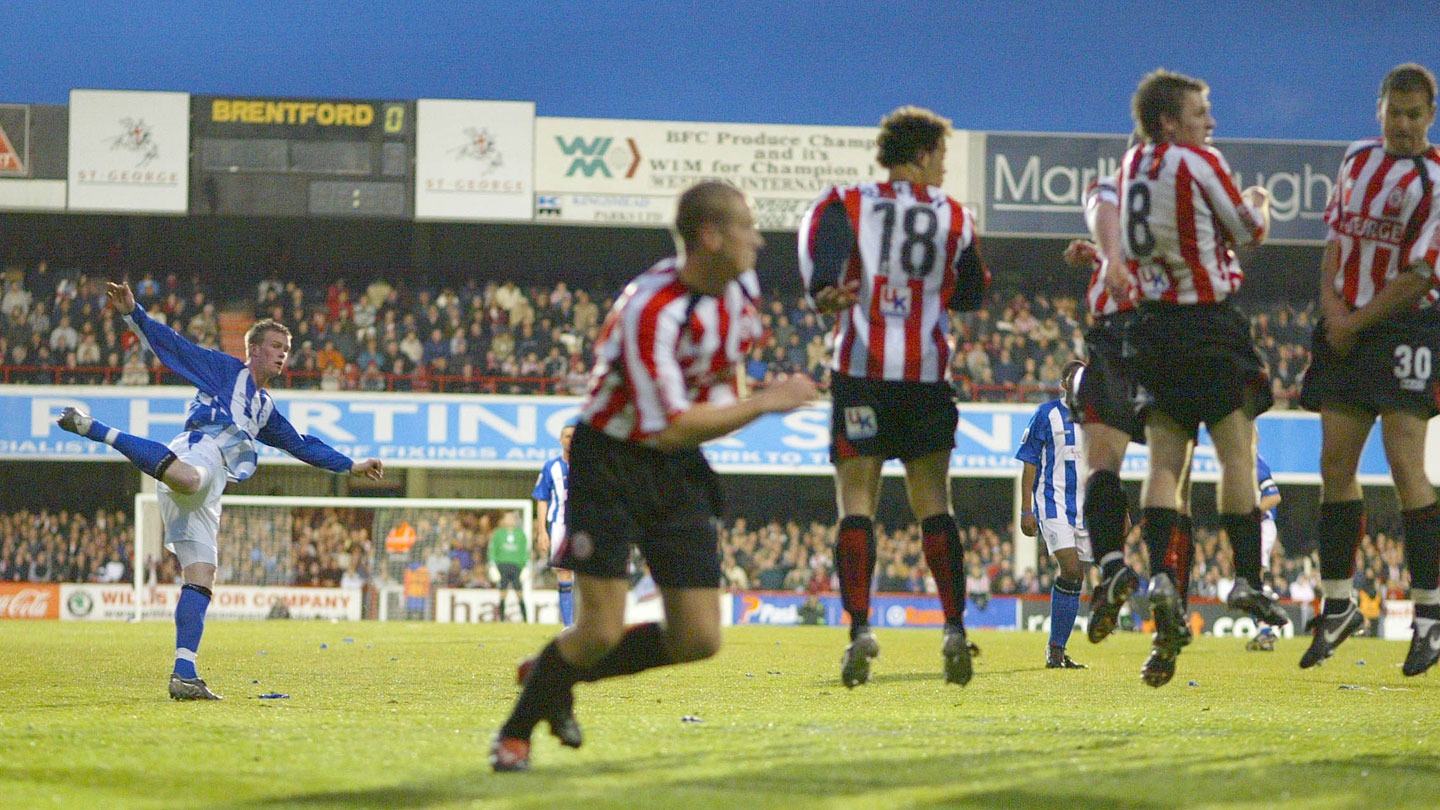 The play-off final at the Millennium Stadium, I’ll never forget that. A lot of players go through their careers without winning anything, but I was lucky to win something very young.

I missed a chance to score early doors, looking back at my time with Wednesday it wasn’t one of my better games. The bus journey on the way home was probably the best part of the day! I remember Paul Heckingbottom running up and down the motorway and jumping into fans’ cars and other things you probably wouldn’t get away with nowadays!

The captain was Lee Bullen, and he was at the other end of his career to some of us, and he epitomised what we were about. He was a good person to have around the place, he had a good repour with supporters, coaches, staff and all the players.

I still keep in touch with him, he’s done well and gone on to be a bit of a cult hero at Wednesday. At the back end of his career he made a name for himself with a big club. 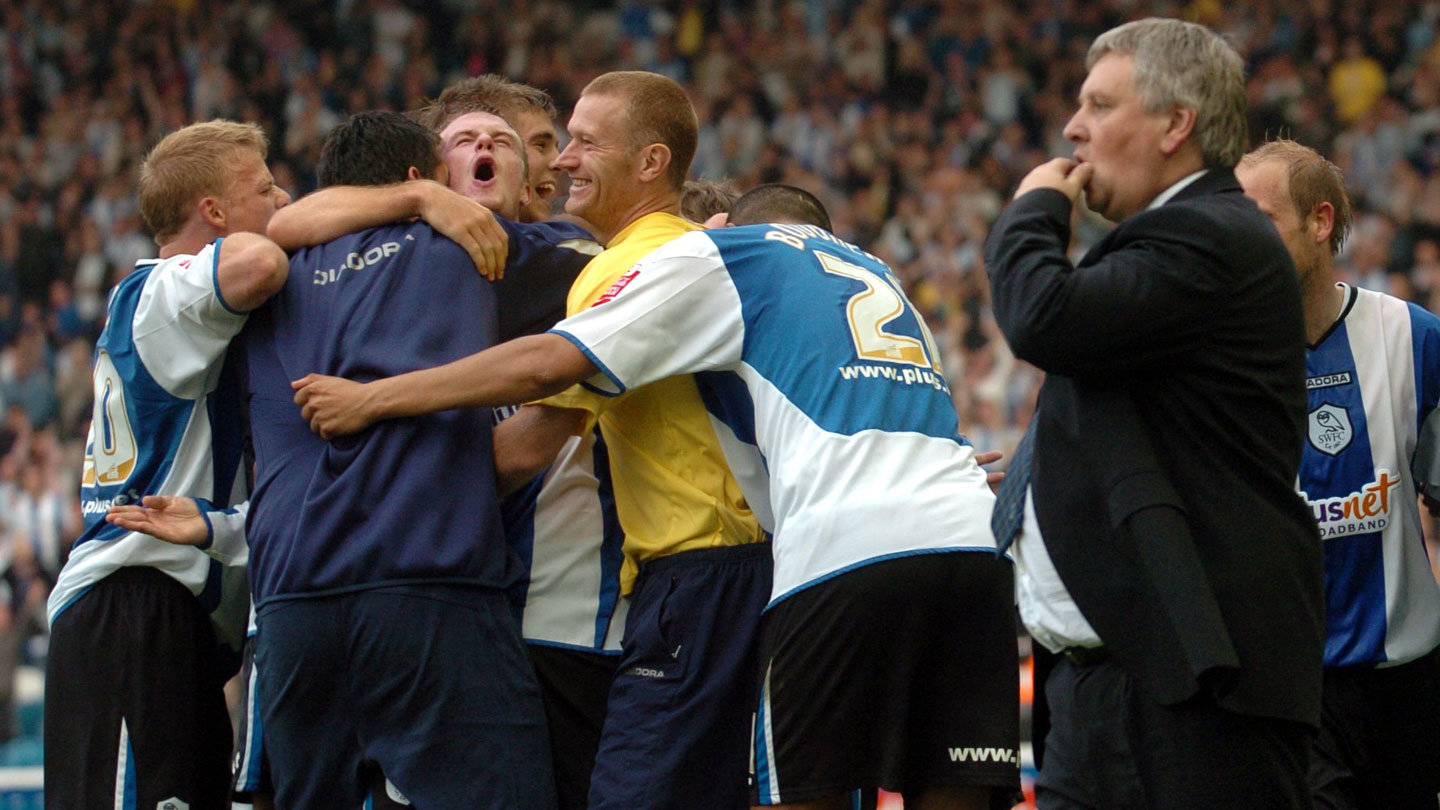 There were a few decent goals to be honest in my time at Wednesday. The one I scored against Leeds was great because of the importance of the game with it being against a rival team.

I loved scoring at Hillsborough. I scored one against Barnsley, we’d been really poor in the game, they had ten men and equalised late on, then in the last minute the ball just dropped, and it could have gone anywhere. I think I had about ten shots in the game and every one of them ended up in the Kop. But that one I caught sweet!

When I left, I think at the time there were well documented financial issues at the club. I’ll always be appreciative of Wednesday for giving me my first start, but I like to think I paid them back in a way. I joined the club on a free and for three seasons they helped me develop and they got good money from my transfer. 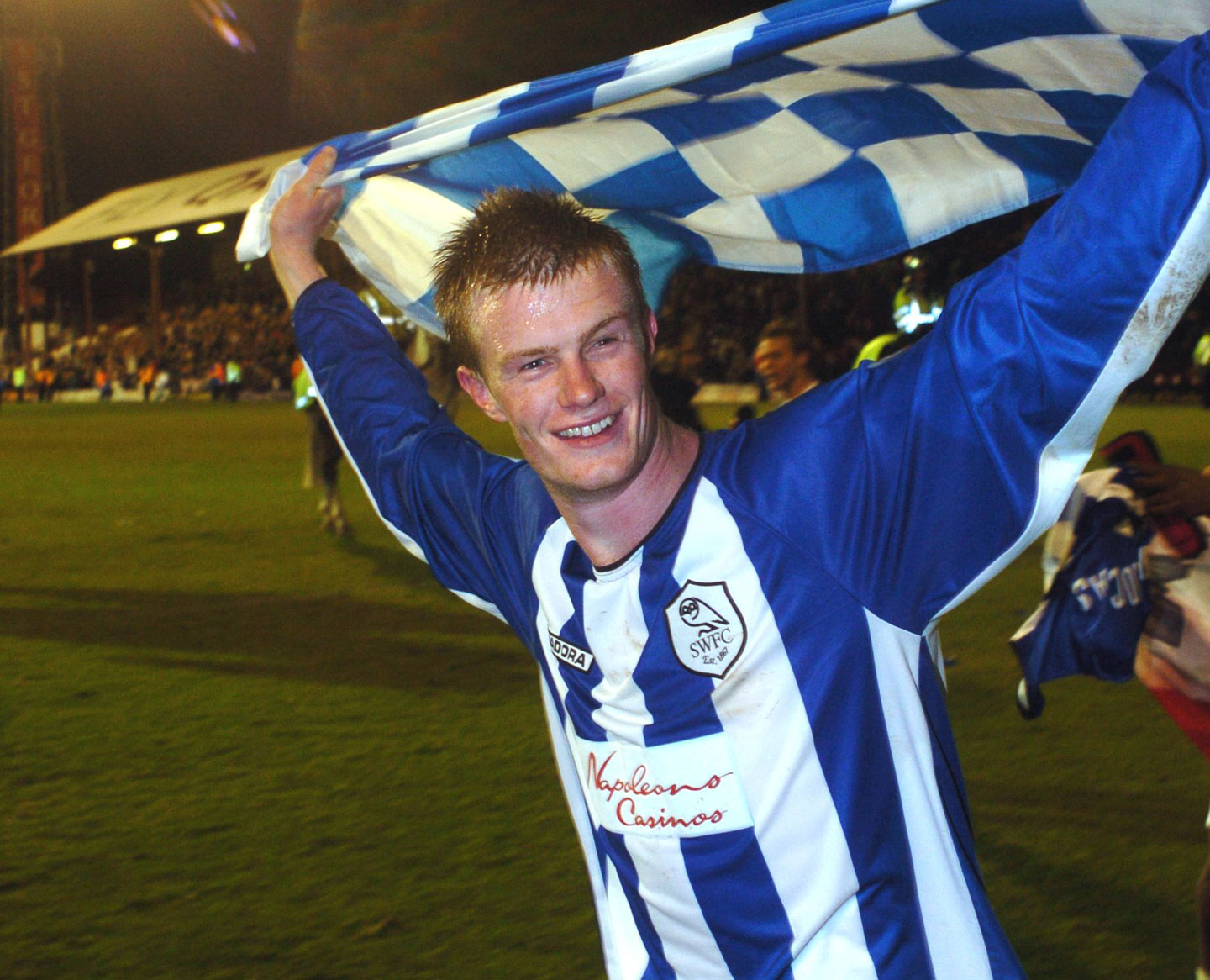 It was difficult because I had a good relationship with Brian Laws, I really liked him, but that summer we had let a few players go and we replaced a few that I thought, at the time, we should have done more to hold on to. But, I think the more you look back, the more you think it was financial reasons, it suited them to get a few quid in and for players to go.

Looking back, it was the right decision, you can’t look back with regret,

I loved living in Sheffield, I lived near Oughtibridge, five minutes into training and ten minutes into the city centre. The people were so friendly with you and there were no airs and graces from anybody, they tell you how it is! 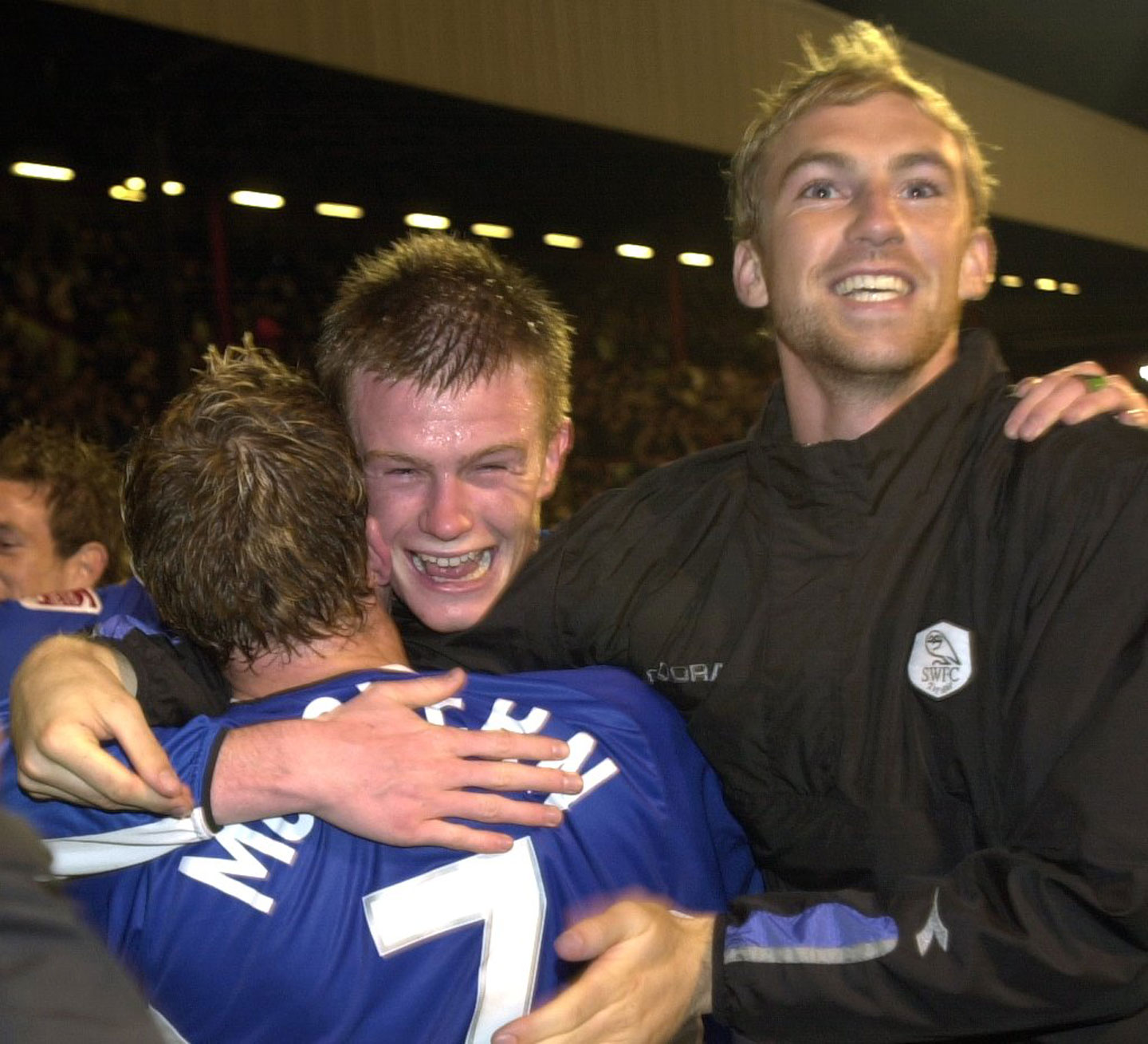 It reminded me a bit of being back in Belfast, a similar sort of environment. They put me in digs with a couple of people in Wincobank near Meadowhall when I first joined and they were brilliant with me. Whenever my wife, my then-girlfriend, came down to stay they made her welcome and treated her as one of their own. It made it easier having people like that around.

I’ve only been back to Hillsborough a couple of times since, and you always get a good reaction when you do.

Going back there always reminds me of great times. I really enjoyed my time with Sheffield Wednesday and I got on really well with everyone. It’s an all-round great club.