Continuing our catch-up with former Owls, defender Mark Beevers details his time coming up through the Wednesday youth system to become a first team regular and promotion winner in S6.

Over to you, Mark…

I was 12 or 13 when I joined Wednesday. I was with my Sunday League club and my manager went for a coaching day and he basically needed a few kids to be guinea pigs!

He took me and a few other lads from my team and there ended up being a couple of Sheffield Wednesday scouts there, so they offered me and my mate Joe Thornton a trial.

I wasn’t a defender when I joined, I was a central midfielder! I went to the Under-15s and the coach Tony Daws pulled me to one side and said ‘Do you think you can get up and down for the 90 minutes?’ My response was obviously yes! But my answer was irrelevant, he just said ‘You’re going to centre half!’ 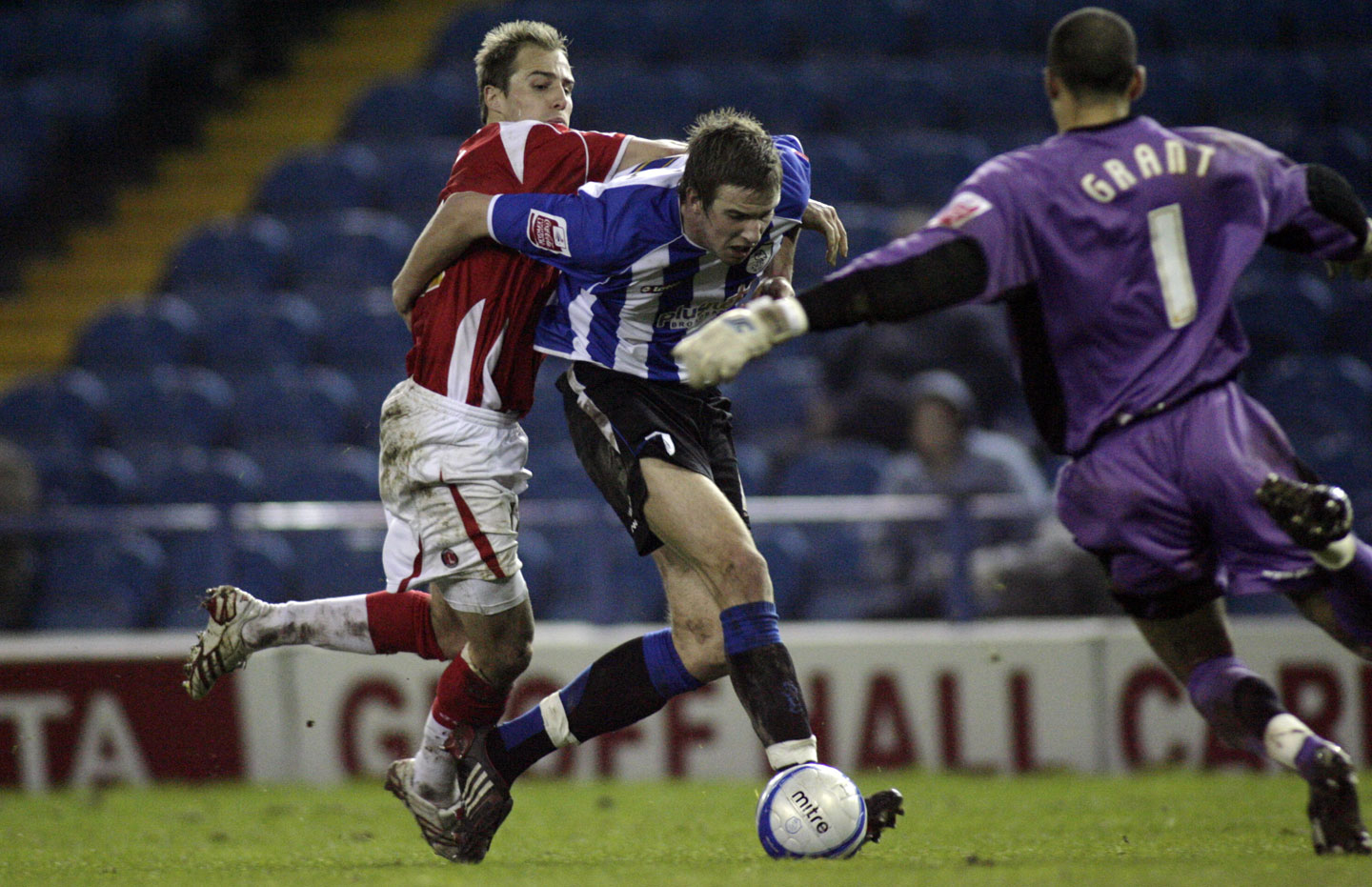 When you’re that age you just adapt, I enjoyed it. I was offered a scholarship to turn professional when I was 17.

I trained with the first team just before making my debut. I think Richard Wood was injured and there were a few suspensions here and there, and that opened the door for me.

I made my debut at St Mary’s against Southampton then played at Hillsborough against Preston.

The game where I impressed the most was against Leicester, we got beat but I made a couple of great challenges and from then on in I began playing regularly.

Your form goes up and down, I started playing well at such a young age, and that was the start of good things to come, not every game will have been fantastic, but the season as a whole was. It’s a bit easier as a young lad because you don’t have them worries. 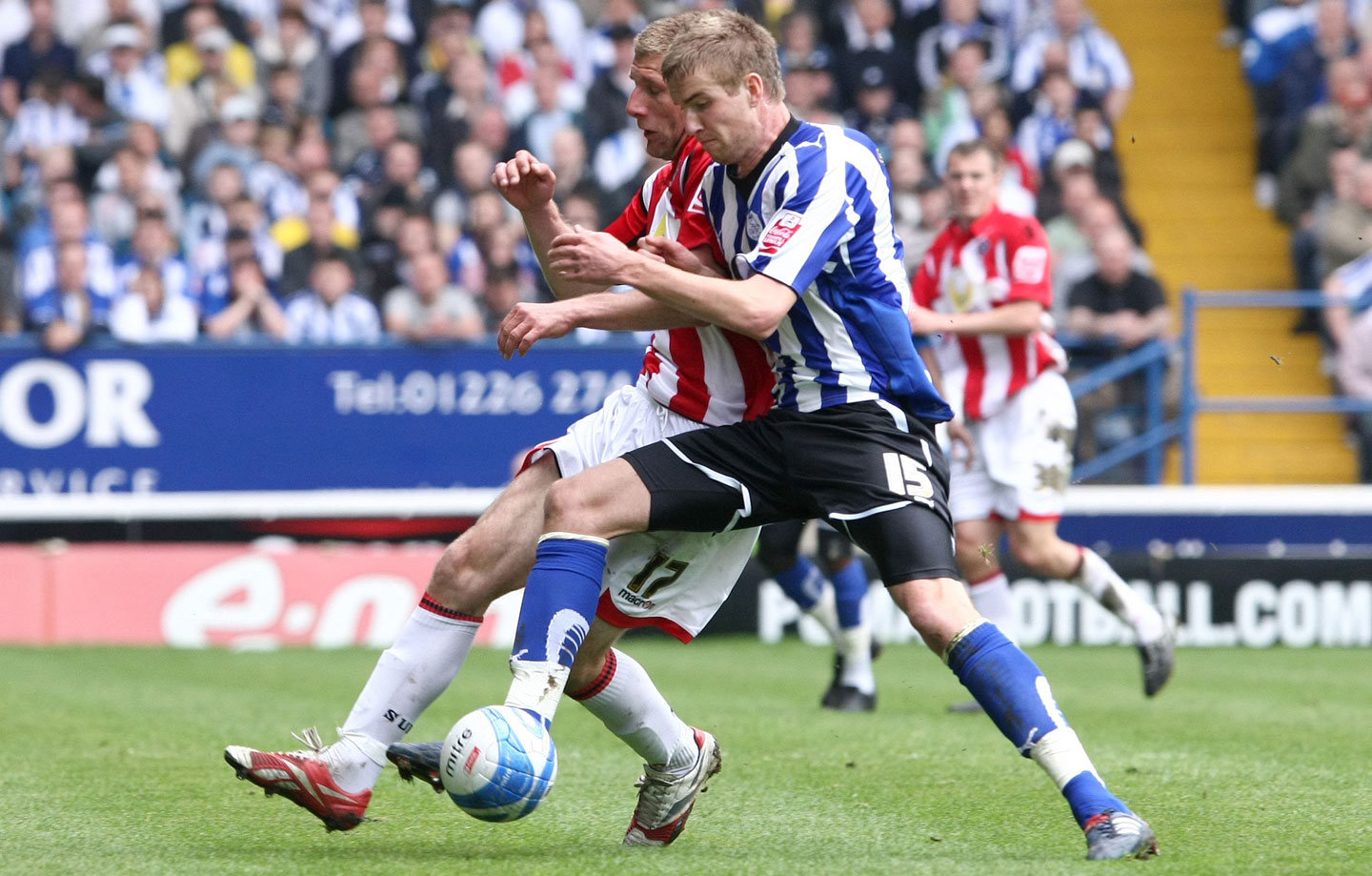 Lee Bullen was a big help. He’s a great guy and a great mentor. It’s no surprise to me that he’s gone on to be a coach, because he was like that as a player. He helped me along and because he was the same position, he would give me advise.

I got a call-up to the England Under-19s, I probably didn’t appreciate it as much until I’ve got older. Getting an England call-up was a new ball game, going into a dressing room full of international players, they are young but there’s some very good players in the set up.

I enjoyed the experience, but there was a sense of frustration at the time as well. I was playing regular Championship football and the lads that were there were playing for academies, not to say they weren’t good players, but I was thinking why am I not playing! But it was out of my hands, to get an England cap will live with me until the day I die. 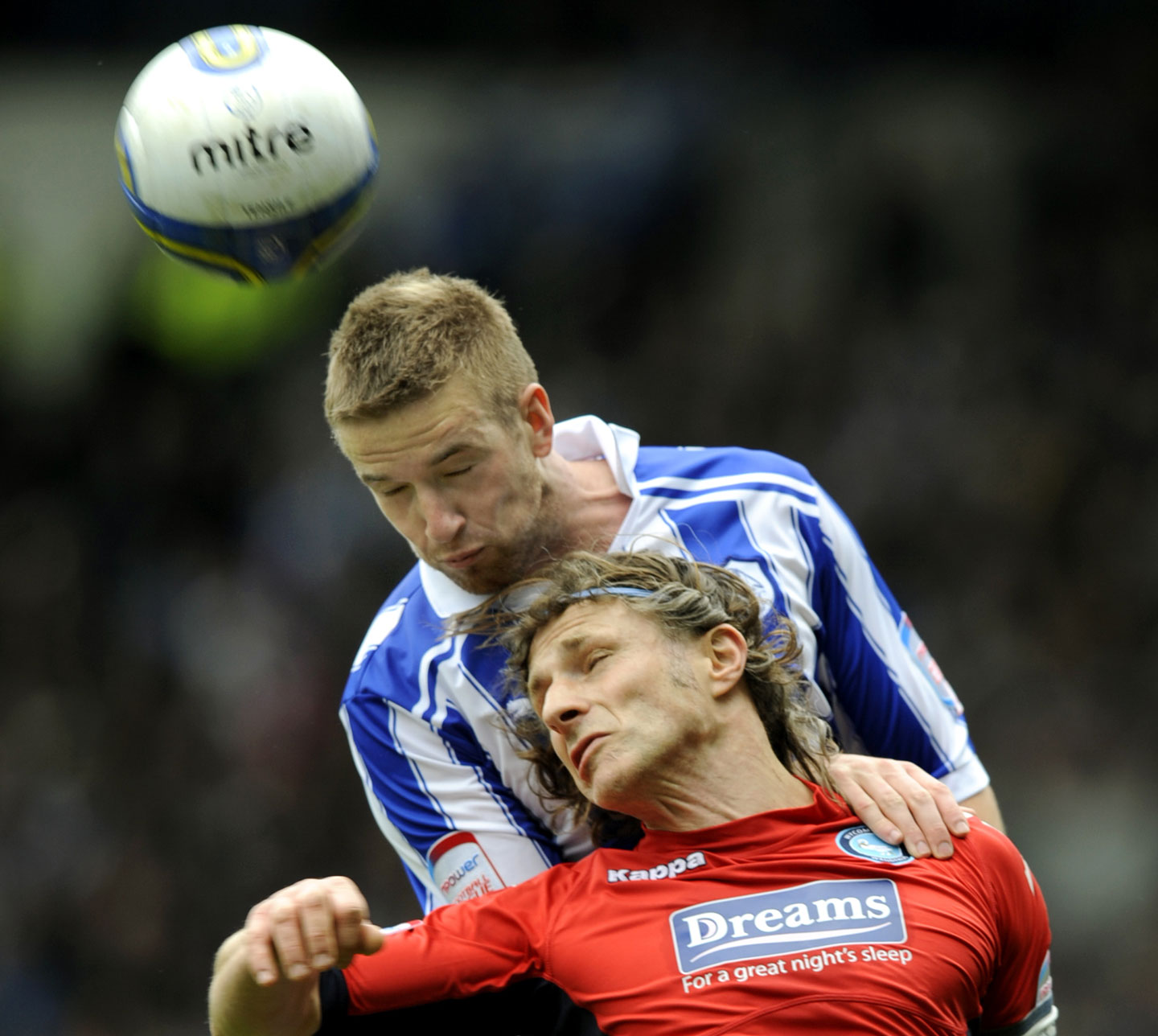 There’s a few games that stand out for me in my time at Sheffield Wednesday.

For me, obviously getting my first goal for Wednesday against Derby in the FA Cup was big, I think everyone’s first goal in professional football will live in their memories for a long time.

The promotion day against Wycombe in 2012 was a mad day! That season I wasn’t involved that much, I was on loan at MK Dons at the beginning of the year. There had been an injury to Julian Bennett, so I ended up filling in at left back!

But the game was chaotic, an exciting time with all the fans on the pitch in a packed house. Wednesday have got a great backing, and the celebrations went on late into the night. 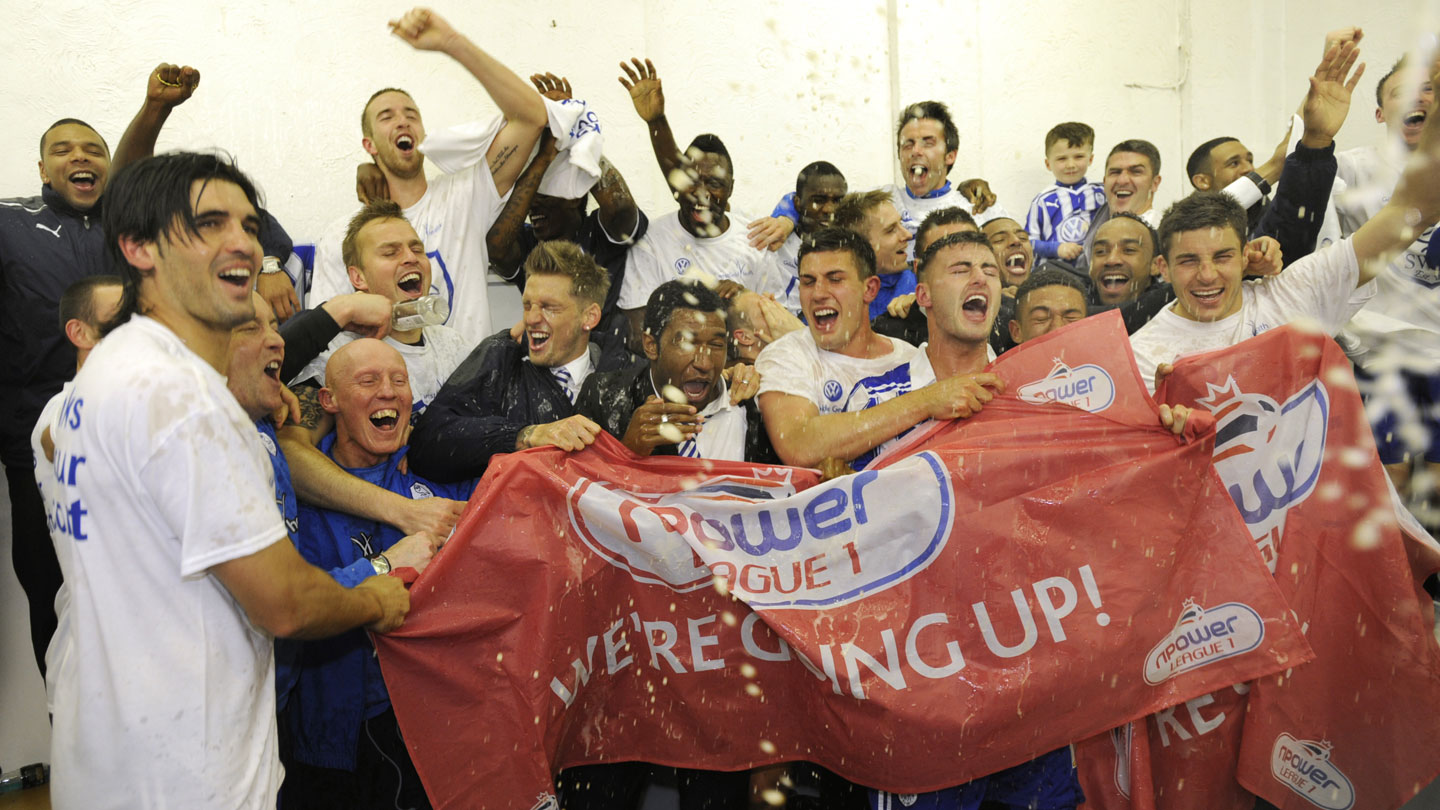 Also, doing the double over Sheffield United for the first time in 95 years was memorable. I never lost a Sheffield derby which is a nice stat for me!

I played in a fair few. It’s just the best game. I’ve not played in other derbies, but I’ve been a spectator at Manchester derbies and some others and they are not a patch on the Steel City derby, it’s just amazing.

We had some fantastic results at Hillsborough, and the game where we beat them 2-1 after we’d already beat them at home was amazing. It’s nice to go down in the history books, and my good mate Tommy Spurr getting on the scoresheet was good as well. It’s immense, I don’t think you can beat those games.

I played over 150 games for Wednesday. It’s massive, to play 100 league games for any club is an achievement, not many players will do it.

There were ups and downs amongst those games, but to have done it is another nice stat. To be a player from the academy, it looks good on the club as well, and personally it’s really good. 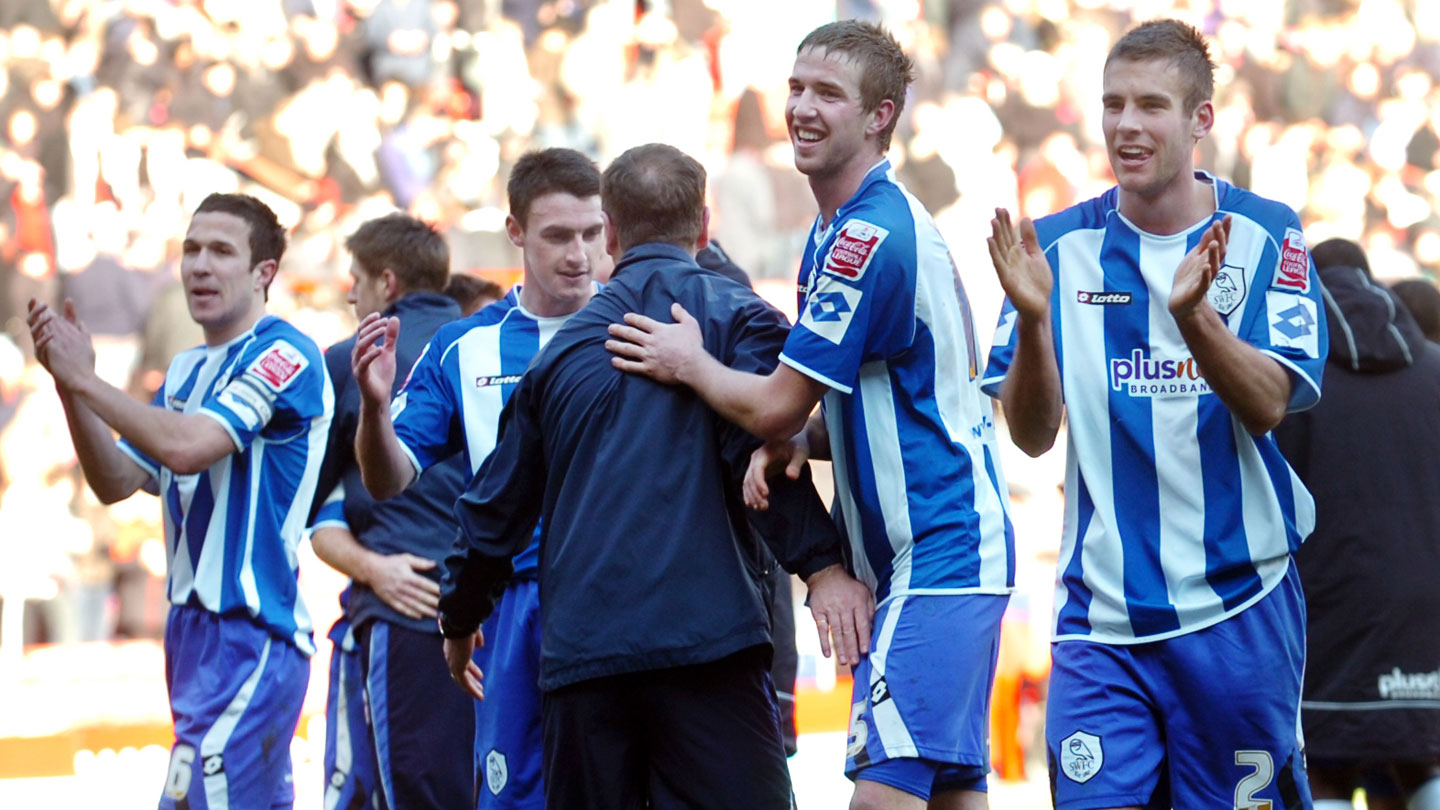 I’ve gone on to do a similar thing at Millwall and Bolton, it’s nice for me that wherever I’ve been, I’ve been involved.

There’s elements of luck in there, but I like to think you make your own luck. People say you’re lucky to be a footballer, but I disagree. There’s a lot more work that goes on behind the scenes, it’s more than just a Saturday afternoon.

I’ve had good times and bad times at all my clubs. Wednesday was my first club, and a massive one. To play for Wednesday is a big thing and there’s a lot of players out there that would like to do that.