Football is due to return in the Championship this month and while the Owls squad have resumed training in good condition after a lengthy spell away, Garry Monk has voiced concerns over the timings of the restart.

The provisional date for Championship fixtures to restart is a little over two weeks away on the weekend of Saturday 20 June.

Wednesday are now midway through week two of phased training in small groups at Middlewood Road.

The green light has been given for full contact training to begin from Thursday but the Owls boss has concerns over playing competitively with less than three weeks of regular training.

Speaking via an online press conference on Wednesday morning, Monk said: “I think the players were a little taken aback, everyone I have spoken to, and the managers and coaches of various clubs, always had it in the back of our minds - and from communication we’ve had in the managers’ meeting - the understanding was three weeks contact training, minimum.

“That’s what we need, its what we were asking for. We all knew we were kind of working a week behind the Premier League and all believed we would start a week after.

“So the announcement was a surprise. But it has been good to be back in at the training ground.” 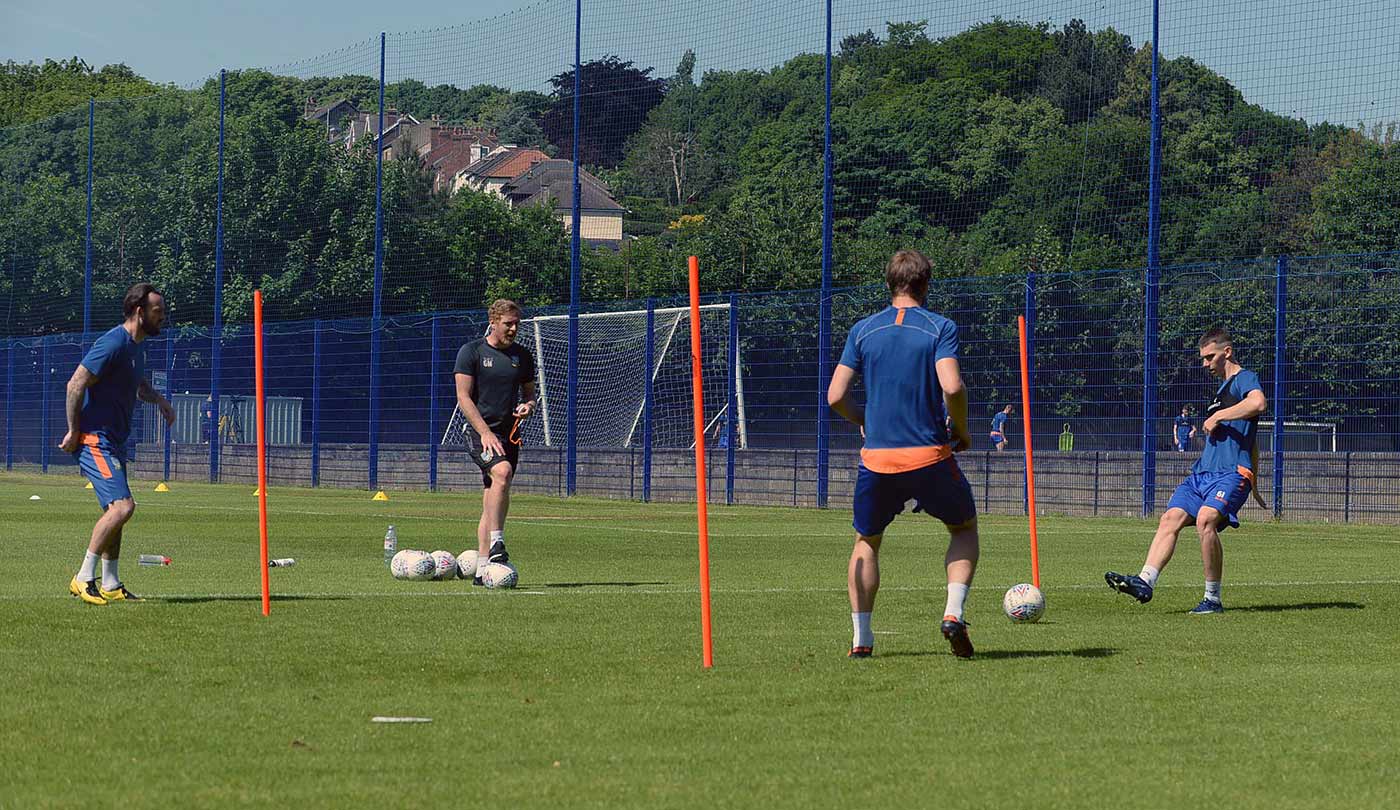 When the Owls next take to the field, it will on the back of a three-month absence due to the global pandemic but Monk is pleased by how the players have strictly followed home programmes in order to return in good condition.

“The players have come back in really good condition and have clearly followed their home programmes very well,” he added.

“We are looking forward to playing games again, of course we are, but in terms of time for preparation, I can sit here and say that it’s an adequate amount of time.

“We will have to deal with it and overcome what we can.

A round of media interviews for the Owls manager this morning covering;

“Players have had time to reflect. I have spoken to them all and I know a lot of them have used this time for reflection.

“They have come back in really good condition which shows they have reflected and understood what they would be coming back into and have properly prepared themselves.

“We weren’t on a good run and the aim is to rectify that.”