Former Owls striker Lloyd Owusu analyses his time at Wednesday in an article he penned for last season's matchday programme, including his incredible debut goal just 60 seconds after coming on as a substitute against Sheffield United.

How did I join Sheffield Wednesday? I was playing at Brentford, we had the play-off final against Stoke and I was in the final year of my contract, so I was a free agent in the summer. I was speaking to quite a few clubs at the time, Stoke, Gillingham, Wednesday and even at the last minute, Sheffield United!

I came up to see Terry Yorath and had a good look around the club. Sheffield United came in just a few days after I’d shook hands with Terry. I said to Neil Warnock that I’m a man of my word and I’d given Wednesday my hand. 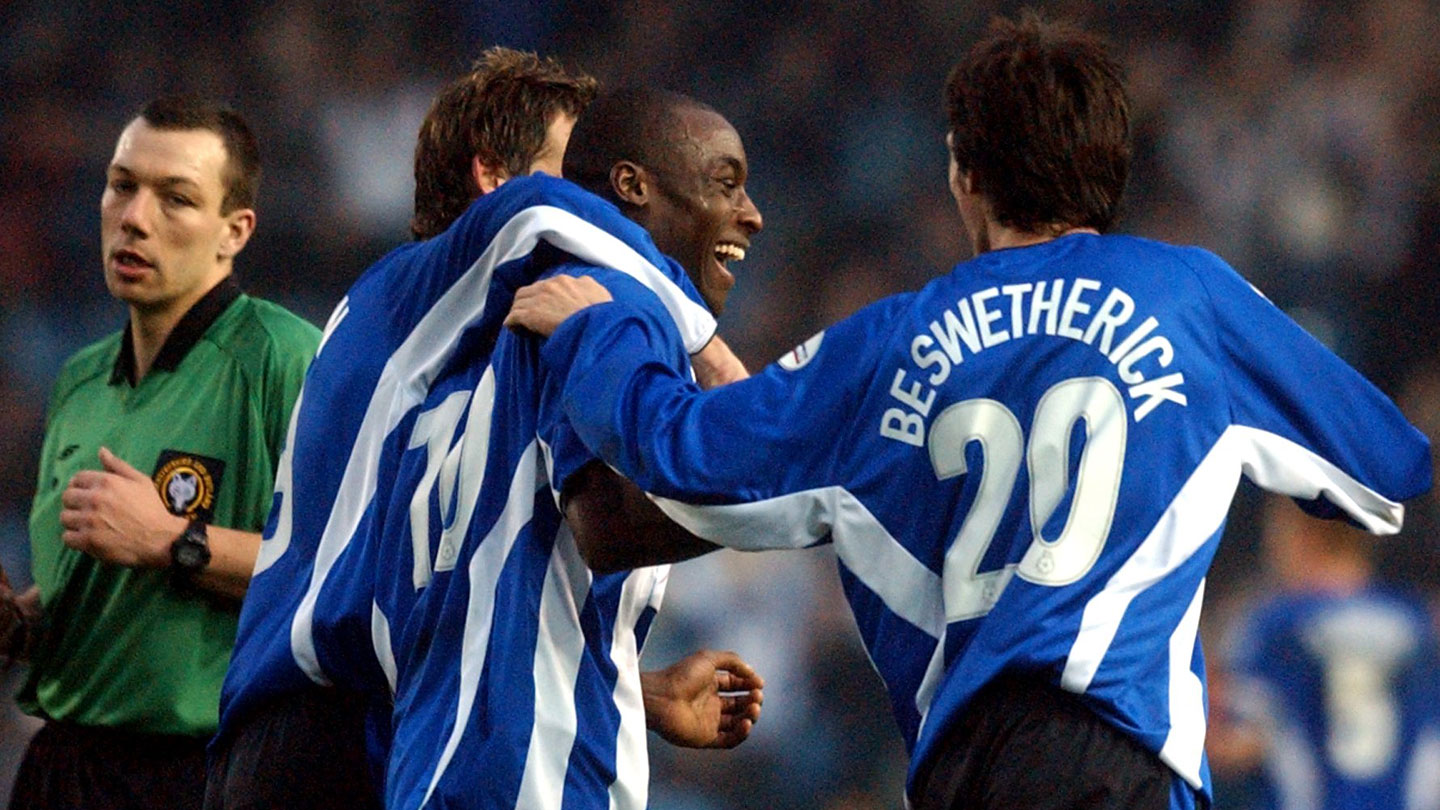 As a player you want to play at the highest level you can. Obviously having been in League One for most of my career, I wanted to test myself against the best players. It was a daunting time, because you go from playing in front of five to six thousand people at Griffin Park, to 20,000 at Hillsborough. It’s a different kettle of fish, but a great experience.

My start with Wednesday was delayed because I had played the play-off final against Stoke with a slight injury. I had an operation and did my rehab, which finished after I joined Wednesday.

It was funny because I’d had a dream. I was in the gym with Alan Quinn, Paul McLaren, Derek Geary and Leigh Bromby, I told them I had a dream that I’m going to make my debut against United and score with my first touch. 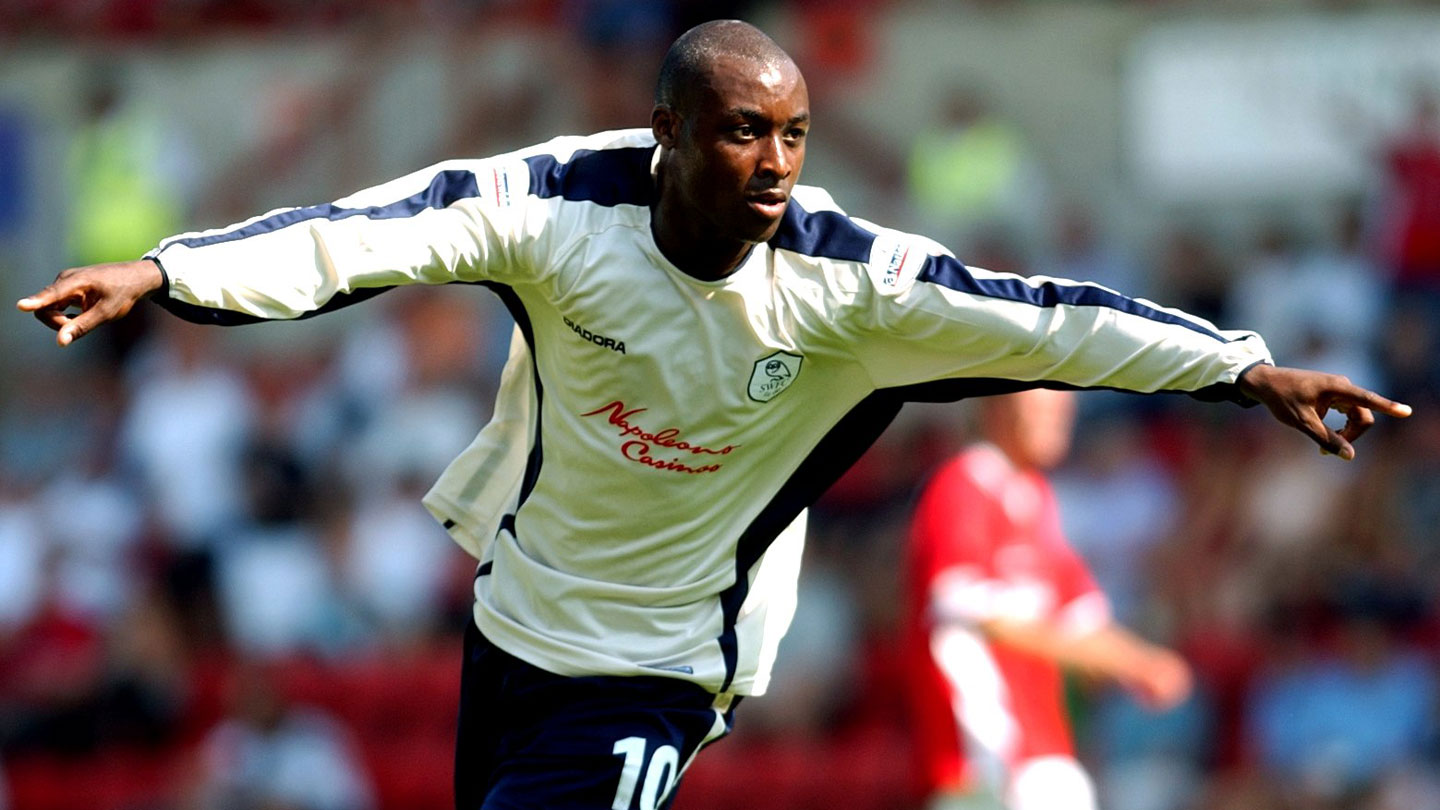 They were saying ‘Shut up Lloyd!’ If you look at the celebration, you can see me telling the lads, ‘What did I tell you!’ It was a dream come true.

Being in Sheffield and speaking to the fans and knowing the rivalry between the two clubs, I don’t think there was anything better to do than what I did. And to win the game against our rivals was great, all the fans want to do is win those games.

It’s years later and I still get people saying ‘one touch Owusu!’ It was at the Kop end against their biggest rivals, I hadn’t even kicked a ball, so to score was ‘Roy of the Rovers’ stuff, it was priceless. 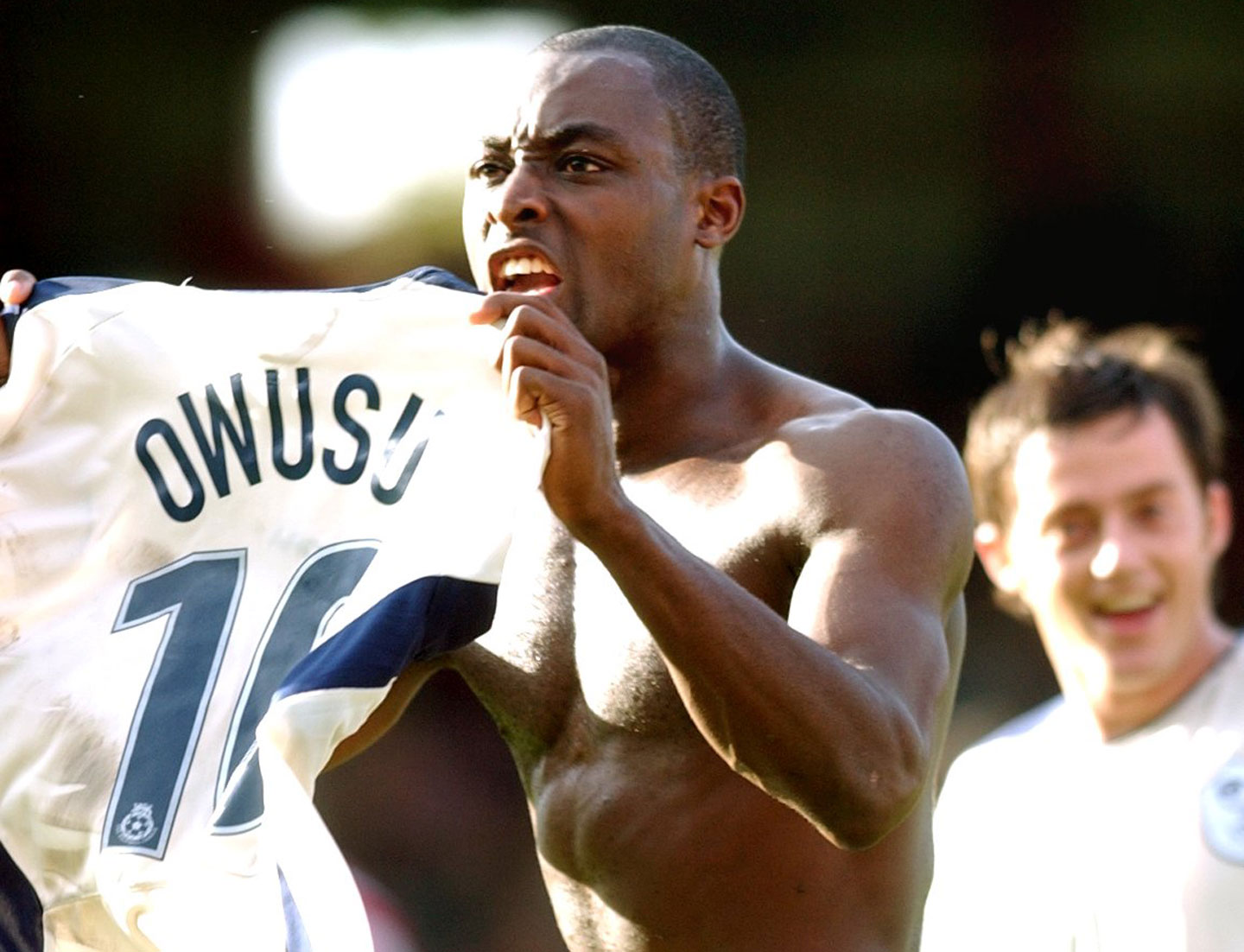 The dressing room at Wednesday was a bit divided, but not in a bad way. The club had just come down from the Premier League, so obviously there were big players who were earning some big money.

We all got along well, but I wouldn’t say it was a unified dressing room like I’ve had at other clubs.

Some of the players who came down from the Premier League were just happy to be there and tick over. I don’t think I saw the real fight and commitment where they thought we need to work our socks off to get back up.

A great memory for me was Wycombe away in September 2003. Wycombe was close to my town of Slough and I had a lot of friends who played for them, I scored early doors and set up the winner for Alan Quinn live on Sky Sports, that was a great time as a team.

My ‘raise the roof’ celebration followed me from my Brentford days in 1998. Every club I went to it was a trend. It was great seeing the Kop do it, it’s delightful. It’s all about the fans for me anyway, they are the ones that pay our wages. I’ve always been brought up appreciating the fans and interacting with them. They are the ones who make it for me, scoring goals is for them. 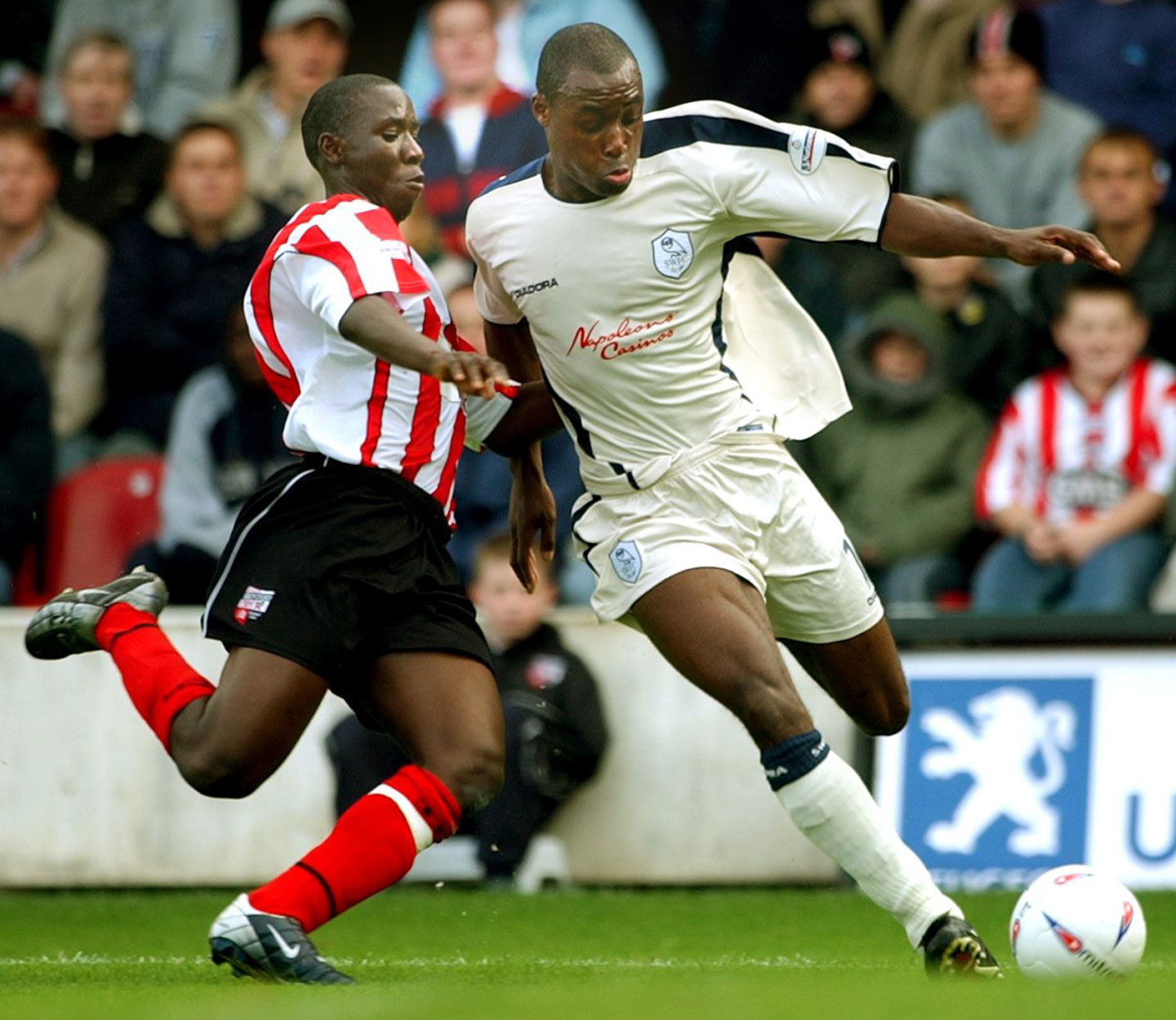 I had moved up to Sheffield. I found a nice place in Chapeltown. It was a brand-new estate, it was really nice and easy to get to training, so I bought a nice little four-bedder. Then Steve Kabba bought one, and smudger Dean Smith the captain bought one, then Michael Tongue, Phil Jagielka and Nick Montgomery from United. They were lovely people in Sheffield, really friendly and obviously Meadowhall was right on the doorstep!

The way I left the club was disheartening. I signed a three-year contract and I’m the kind of person that likes to see things out. New management came in so there was a change in thoughts and process, but I managed to move to Reading in the Championship. 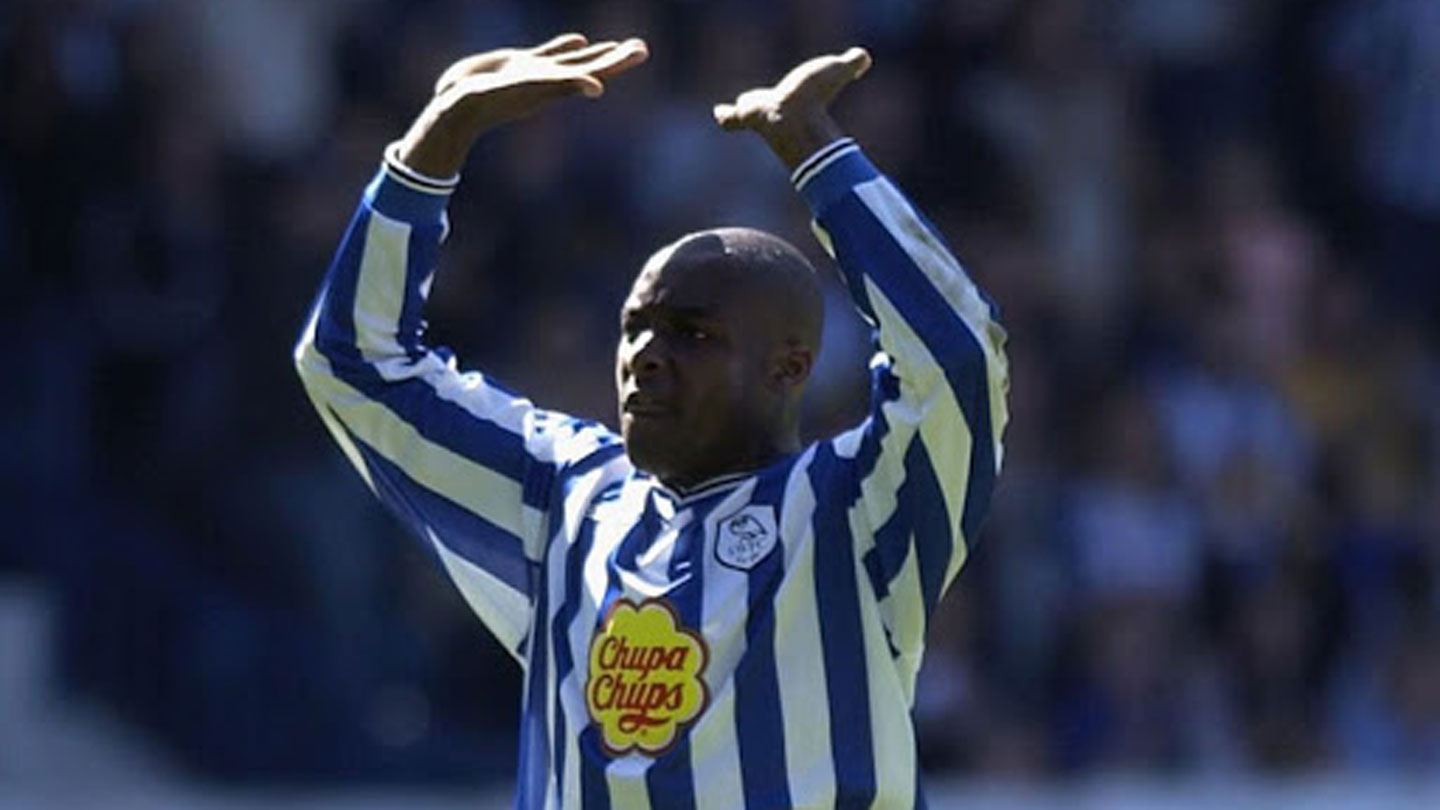 I’m still in the football world luckily for myself. I’m at a top school in Australia called Cranbrook, it’s one of the best schools in the country. It’s an all-boys school and I’m the first XI head coach for football. I’m also the general duties master, which means I’m in charge of the school discipline, which is a great role for me.

Being a footballer, you grow up on discipline, you have to be disciplined to be a player and I like to bring that experience to the youngers.

For me, every club I’ve been at I like to follow. It’s the first thing I do on a Sunday, I look at Brentford, Reading, Wednesday, Luton and Barnet. I always look for them to see how they are doing and hope they are doing well.

Whichever club I’ve been at, it’s always been a blessing. You were there for a reason, the manager wanted you and the fans supported you.

I look at my time with Wednesday highly, it’s the biggest club I’ve played for and I had some very good times.