Speaking with the Owls' matchday programme last season, former Wednesday midfielder and Sweden international Niclas Alexandersson talks us through his time with the club, from signing in 1997 to scoring a brace against Manchester United.

I first heard about Sheffield Wednesday’s interest just two days before I signed. It went really quick and turned into a great adventure for me.

I was playing for IFK Göteborg in the Champions League and with the Swedish national team at the time. Big Ron Atkinson had taken over as manager and he obviously wanted to bring in some new players.

My agent said you have about two days to decide, so we flew to Manchester and then came over to Sheffield. 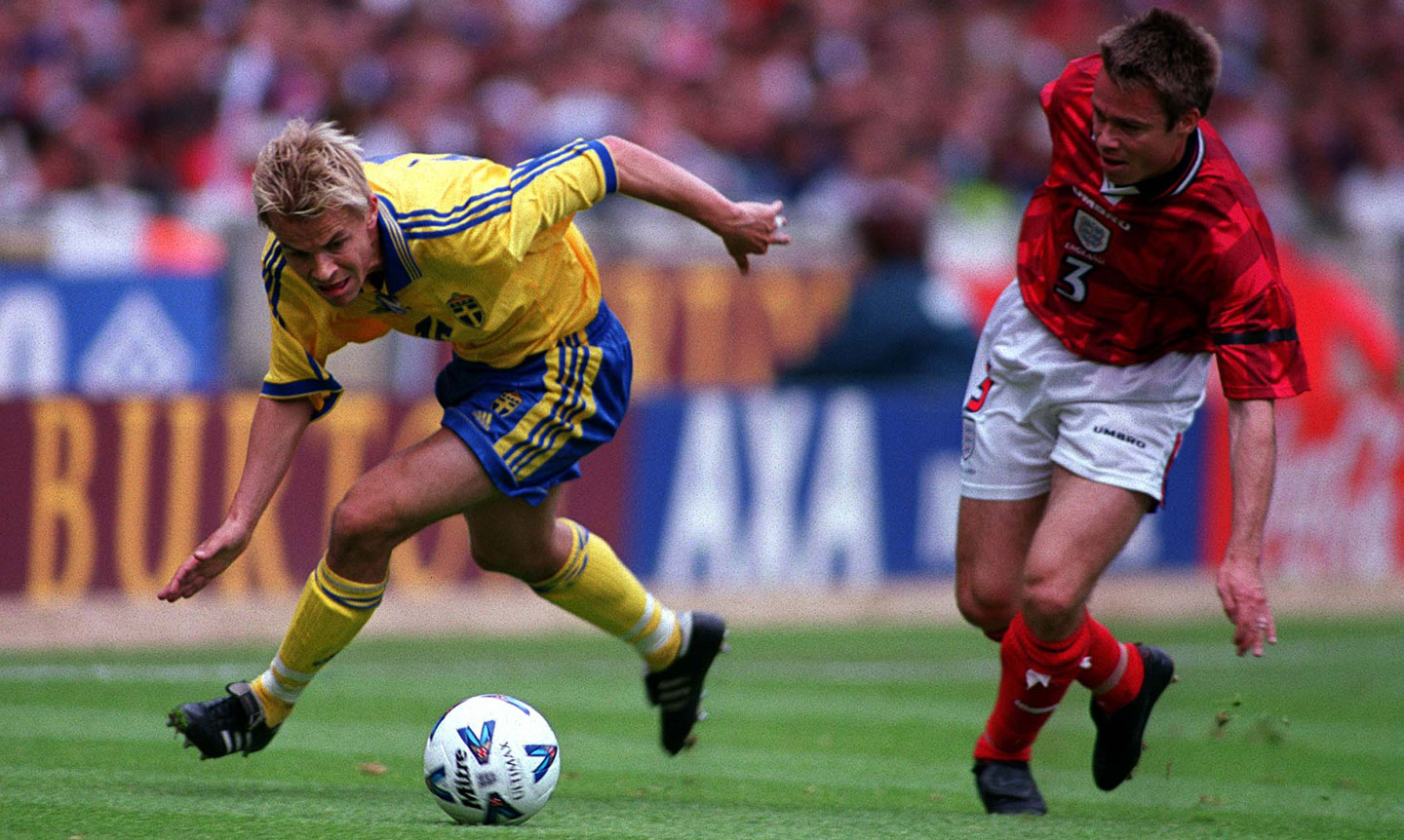 My agent told me that a representative from Wednesday flew over to Gothenburg to complete the deal with IFK. When they arrived they got in a taxi and asked the driver ‘who is Sweden’s best player?’ The driver replied ‘Niclas Alexandersson’, so I think that did me a favour!

When I went over it felt like the right choice straight away. The step from Gothenburg in the Swedish League to the Premier League is a big one, but I felt it was a family club and a big one.

Graham Thorpe was on the board at the time and he helped me a lot when I first arrived, and that helped me realise I made the right choice.

I phoned Roland Nilsson and spoke to him before I made my decision, this also helped me to decide to come here.

I had no problem settling in. I became good friends with Petter Rudi who had joined just before me. 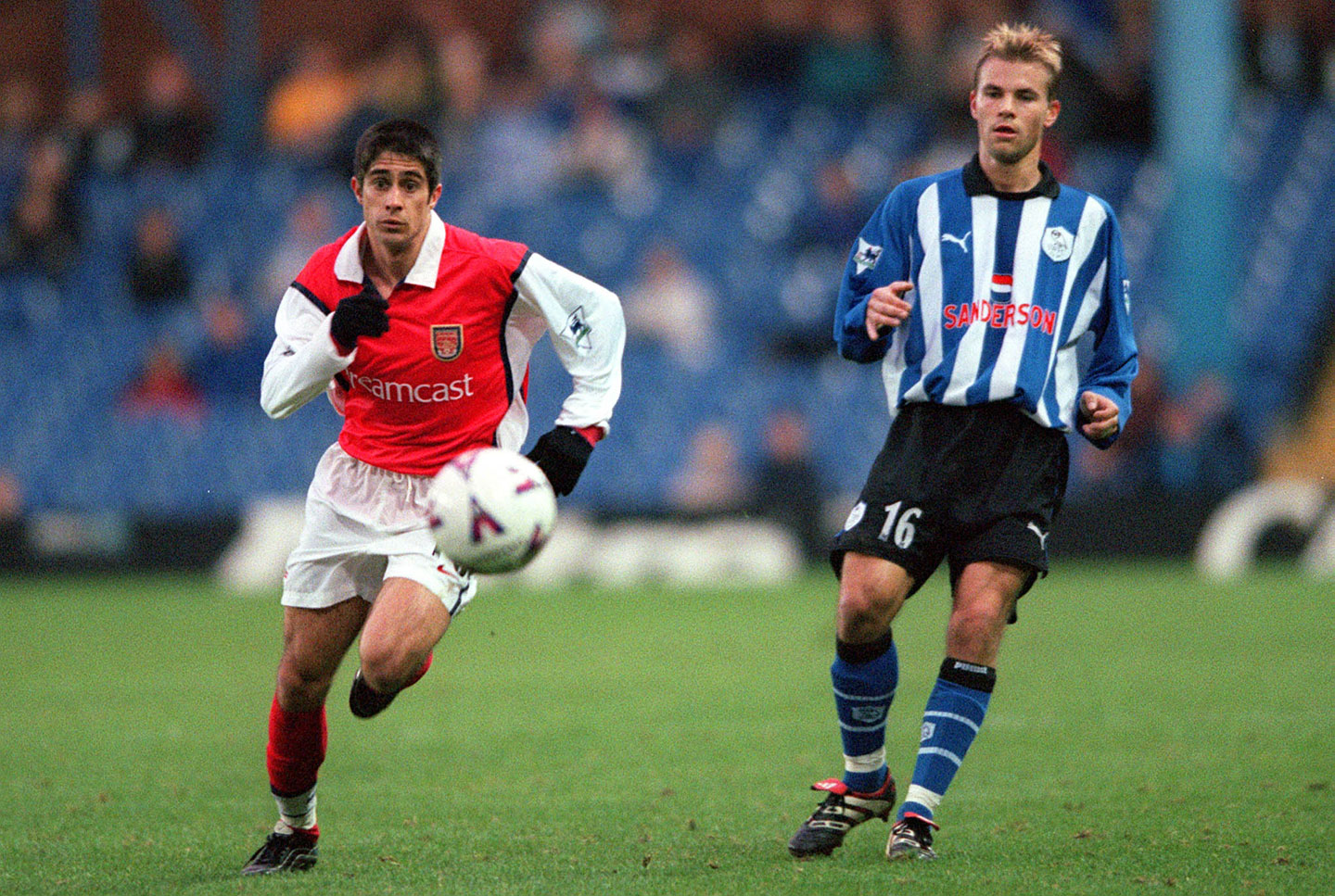 The English language is not as hard for Swedish players as it may be for Spanish or Italian players, I was lucky that we had already learned this at school!

I lived in Dore with my family, my first daughter was born in Sheffield. We really liked the country side and the Peak District - my wife liked Meadowhall, obviously!

I got on well with Emerson Thome and Wim Jonk. I also used to hang around with the Scottish boys, Simon Donnelly and Phil O’Donnell, who so sadly passed away.

With Benito Carbone and Paolo Di Canio around it was never boring. It was always like a fashion show when they entered the dressing room!

Paolo was an influential member of the team. Whenever I get asked the question, who are the best players you played with, in terms of skill he is definitely up there. 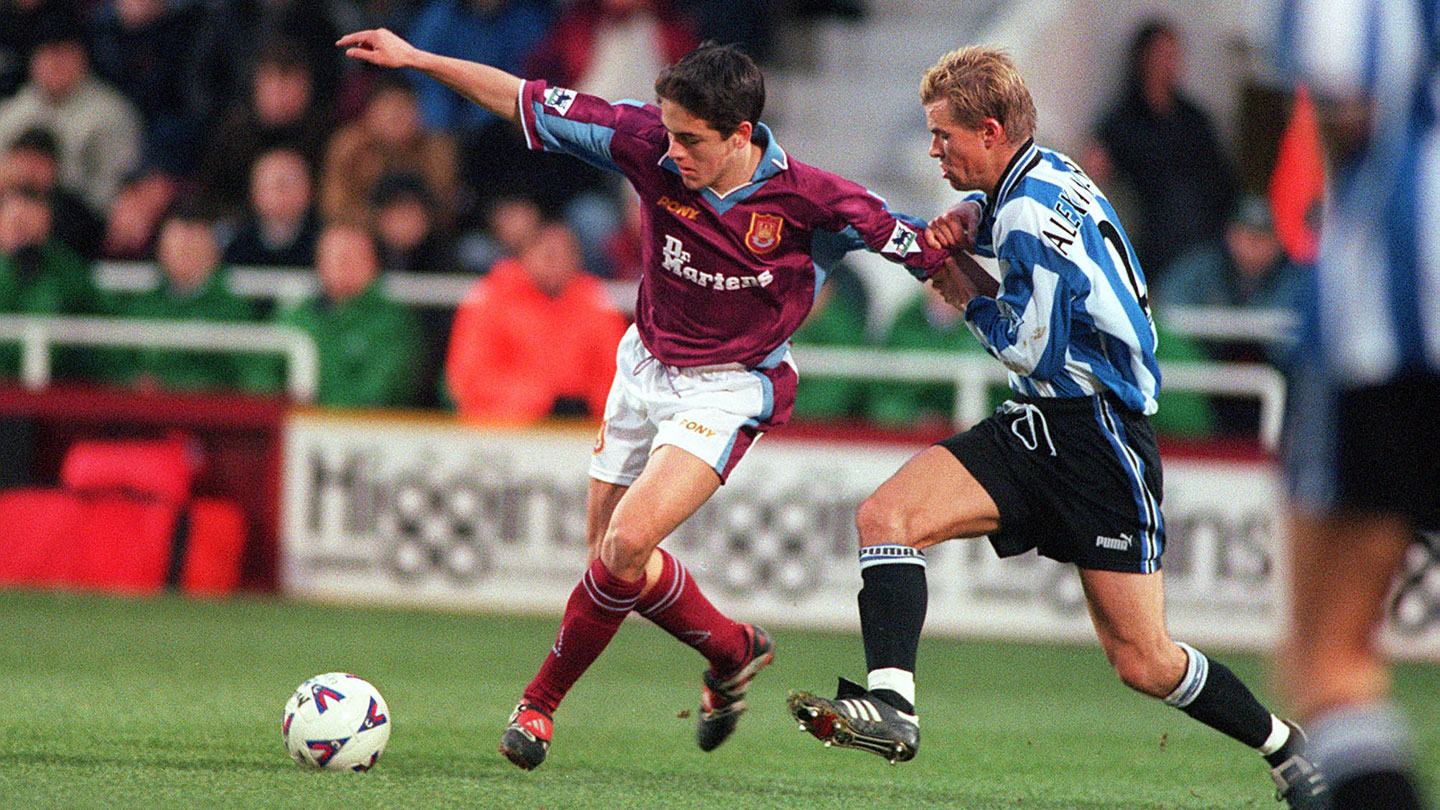 He would do spectacular things in training and in the games, he was a character. I liked him as a person, also. We lost a good, influential player in the dressing room when he left the club following his incident against Arsenal.

For me it was lucky that I came in during a good time. We were unbeaten in seven games, but in the seventh I did my cruciate ligament against Wimbledon.

It was really frustrating, when you are new you just want to concentrate on playing. Looking back, it’s not surprising that I got the injury, because in Sweden we play from spring until autumn, not autumn until spring, so I had played for a full year without a break, so I was a bit tired.

But it was good for me that in my first few games I managed to make an impact. The team had done well and that helped me when I came back and we had a new manager in Danny Wilson.

When you haven’t been at the club for long and you get a serious injury, you always worry what the new manager is going to think. 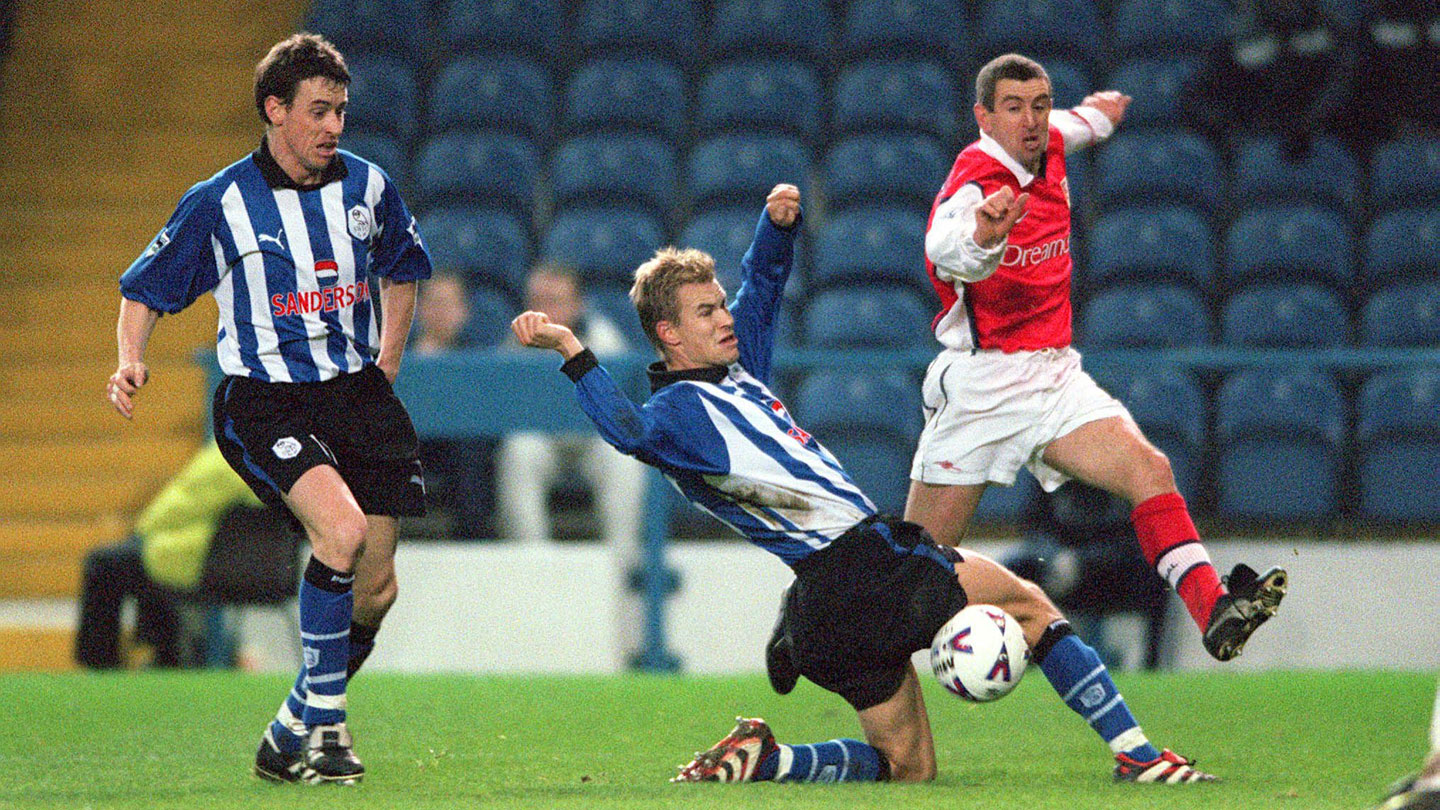 I was out for six months, I had my operation in March and was back playing in the Premier League in September so I had a good recovery.

I will always remember scoring two goals against Manchester United at home, we won 3-1 in a fantastic game personally and for the team. When you look back at games that stand out in your career, that is one of them.

At the time, United were the team to beat, it was the same season they would go on to win the treble.

I always show my kids the goals! The first one was a big mistake from Peter Schmeichel, it was a decent hit with my left foot, but he should have saved it.

I also remember scoring a winner against Spurs in the season we were relegated. It was away from home and my dad was in the away crowd, I saw on Match of the Day afterwards that he was cheering with the fans in the stadium!

In terms of the culture and the way of playing, Scandinavia is similar to England. I could adapt to play in different roles, I was more of a team player and I think this helped me to adapt into any role that the team needed.

I played almost every game after my injury. It wasn’t until my move to Everton that I started to get injuries. I really got into the team and was playing consistently.

I have to say the Sheffield Wednesday fans are very impressive. They are some of the best fans in Britain, they are absolutely fantastic and create a real atmosphere.

I think in my time in England, I definitely played my best football when I was with Wednesday. I didn’t reach the same level at Everton due to injuries, even though I started well there.

Football-wise, it was so disappointing we were relegated. It was actually my best season in terms of my own performances, but that was tarnished by relegation. 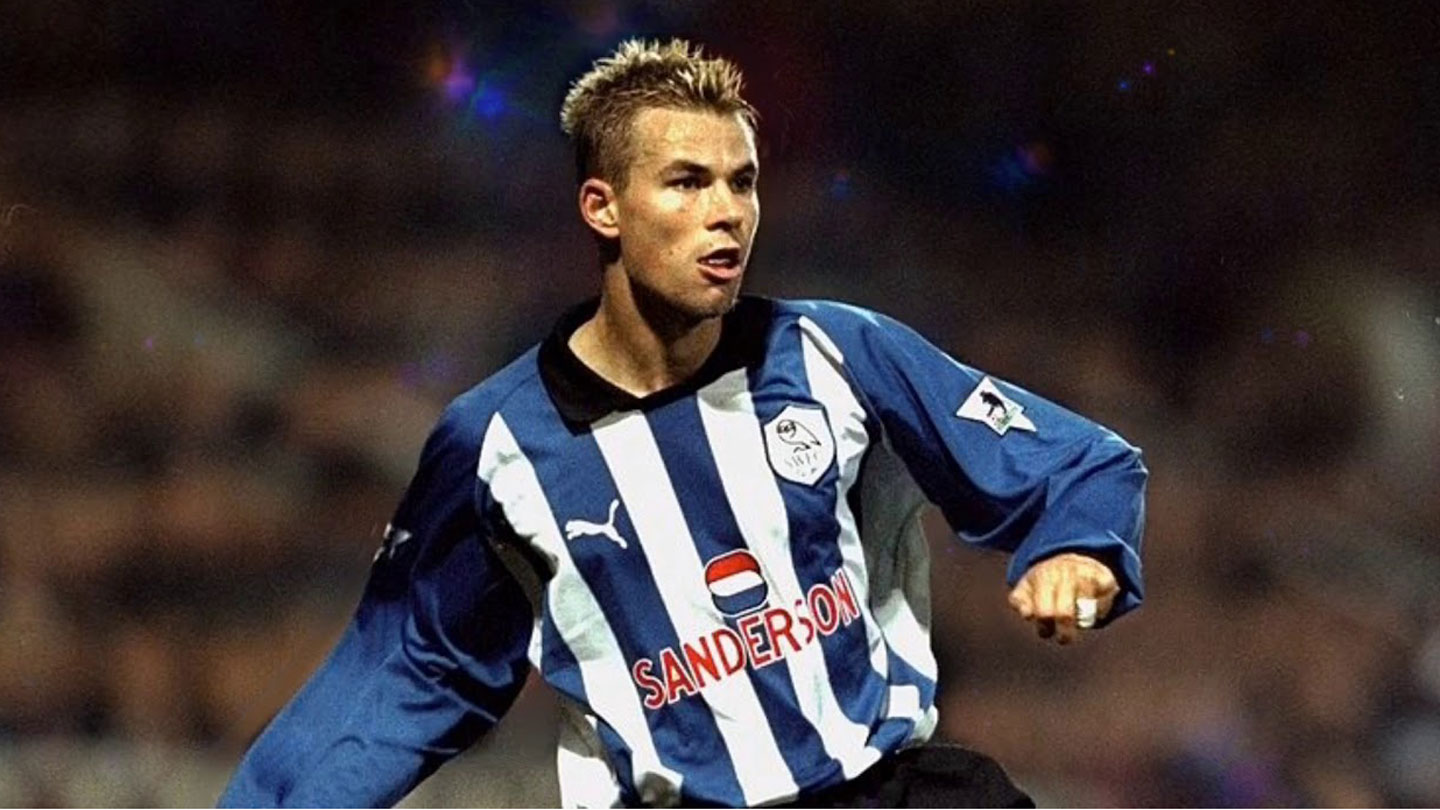 We lost Benito Carbone and obviously Paolo Di Canio after his incident, at the time there were some big signings but they didn’t work out how the club wanted, so it was disappointing all round.

I look back on my time with Sheffield Wednesday as a positive one in my football career and I’m grateful for my three years there.

It was a joy to play at Hillsborough, and when we played away we always had great support and I’m grateful to have had the opportunities to play in front of that special crowd.