Continuing our Generation Ex feature in which we catch up with a former Owl, striker Steve MacLean details his time with Wednesday, including scoring 20 goals on the way to play-off glory at the Millennium Stadium in Cardiff.

Over to you, Steve…

I had been on loan at Scunthorpe and went back to Rangers who told me that I wouldn’t be first choice. They asked if I wanted to stay and fight for my place or if I want to leave, I said I wanted to play first team football. 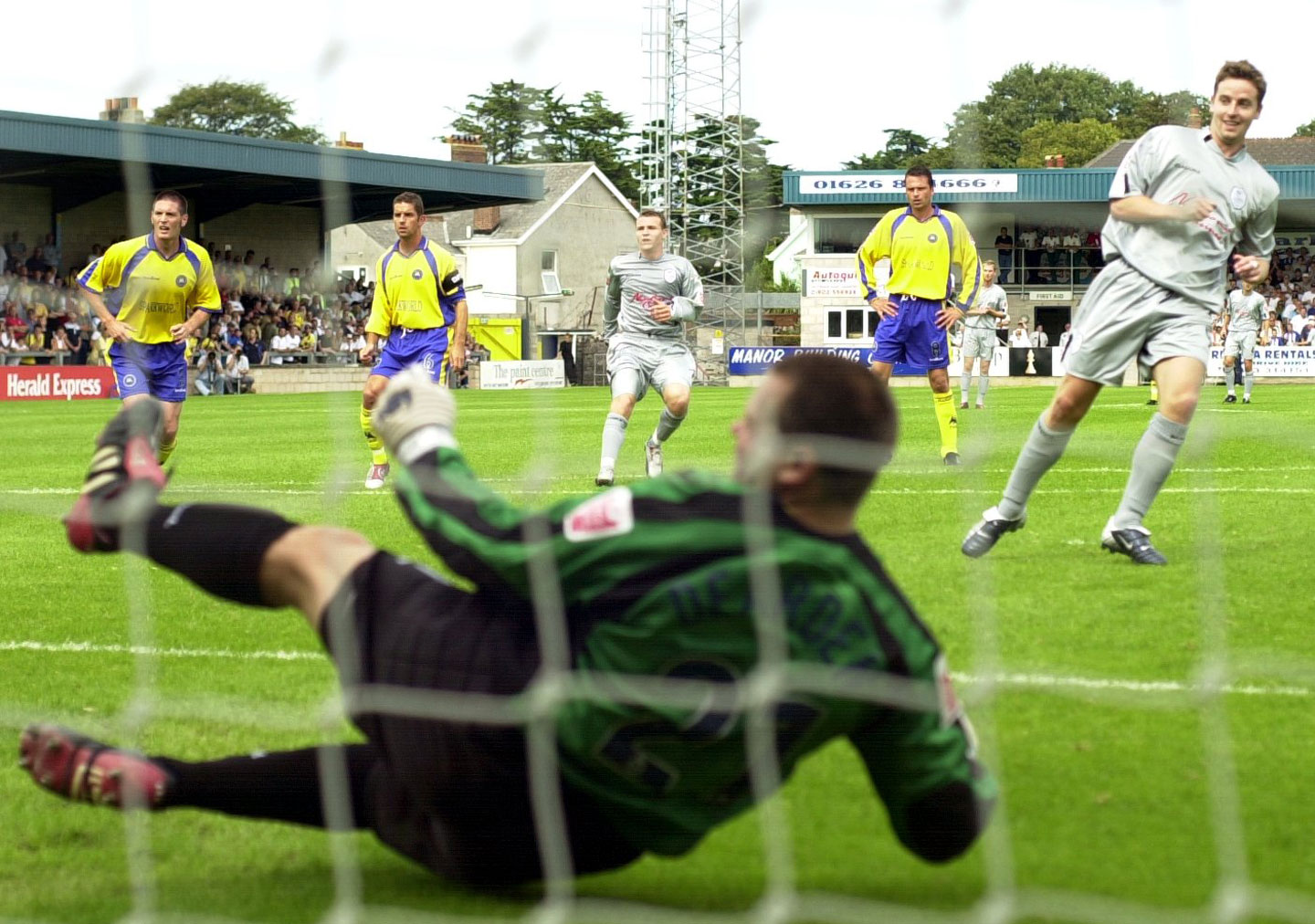 Wednesday put an offer in and so did Bristol City. I came down and met the manager Chris Turner and decided Wednesday was the one for me. It’s a massive club and obviously it was in League One and shouldn’t have been. They had ambitions and a direction as to where they wanted to go, I wanted to be a part of getting the club back to where it belonged.

It was a great bunch of lads with a really good bond. It wasn’t just on the pitch, we actually did things together off it and would go out in Sheffield. We were a close-knit bunch.

We went on pre-season to Ibiza. It wasn’t your normal pre-season, we certainly had a few beers! It was good, the manager wanted us to bond and not just train hard – although we did train hard - but it was about bringing everyone together as well. 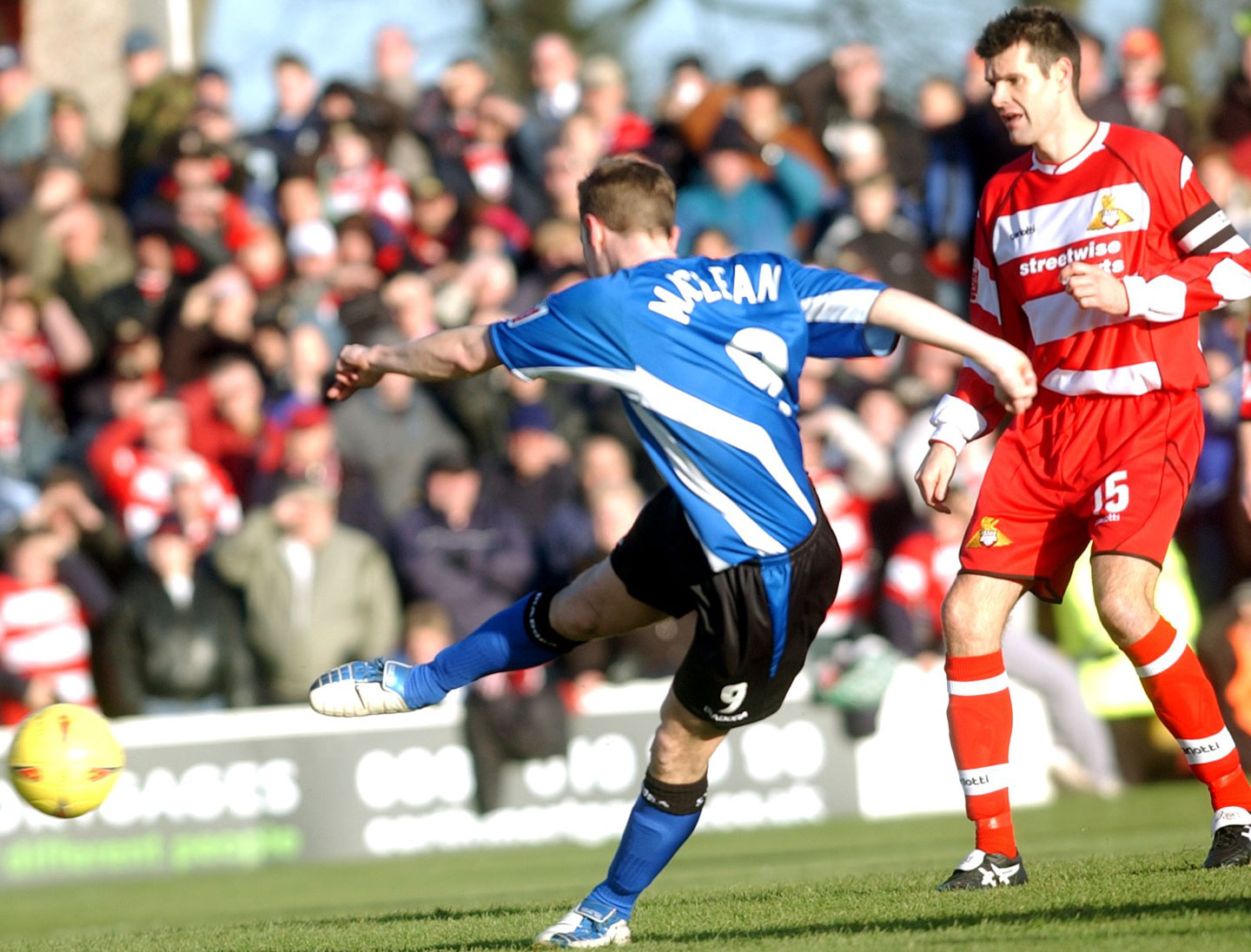 Still to this day I’m friends with quite a few from that team, Christ Brunt, Glenn Whelan, Graeme Lee. We were all around the same age and lived near each other, and our partners got on. I still see Brunty to this day and obviously Lee Bullen as well, he was the skipper, so he was always organising stuff for the team to do.

In my first season I scored a hat-trick against Doncaster, I remember it well, I think it was Kenwyne Jones’ debut. It was great and to be the first Wednesday player to get an away hat-trick for 30 years was brilliant.

I got injured in the return game against Doncaster, I’d scored 19 goals up to then and I was devastated, I thought that was my season over. It was a stress fracture in my foot, it had been bothering me for a few weeks before. I came in at half time against Rovers and asked the physio to give me an injection, he did it, but I still had to come off. 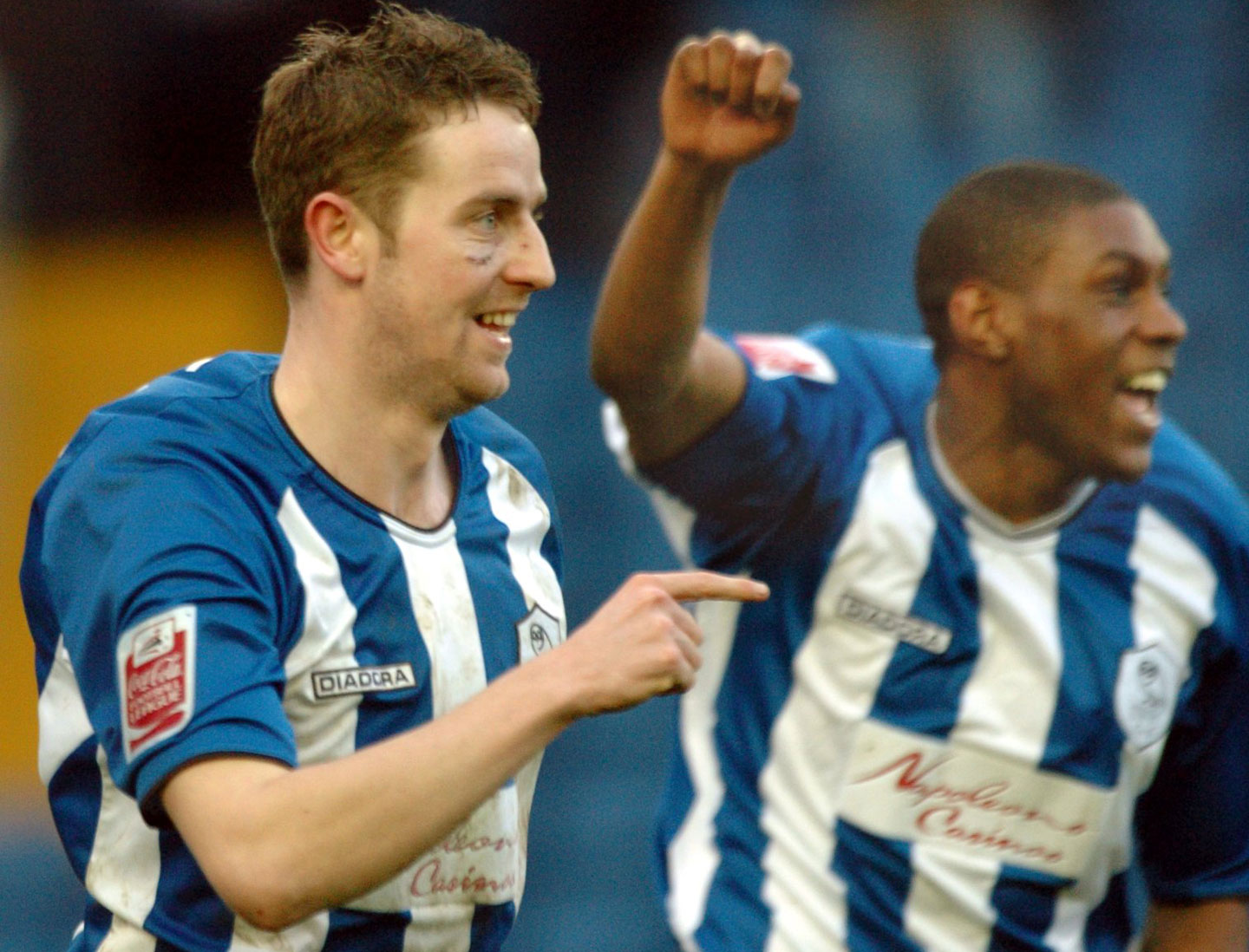 For that to happen was a nightmare, especially when the team were flying. But we did get into the play offs. For the first leg against Brentford, I was in Scotland, I watched it at home with the family! I still remember Lee Peacock scoring.

I started running again in training and I kept telling the gaffer ‘I’ll be ready for the final!’

The day we left for Cardiff the gaffer wouldn’t let me train because I’d done too much that week. He didn’t tell me I was going to be involved until an hour and fifteen minutes before the game! I was buzzing to be a part of it. I wanted to get on, but more importantly I wanted us to win.

I got the call that I was coming off the bench. I can just remember Paul Sturrock saying to me: “Just go out there and try to get me a goal, don’t run about too much, just get in the box and get me a goal!”

We got the penalty and Brunty asked me if I fancied it, I said yes! It wasn’t the best penalty in the world either, but fortunately it went in and we went on to win the game.

I was so happy for the team and all the fans to get promotion, it wasn’t until later that I realised I was the first player to get 20 goals for Wednesday in ten years. It’s a great achievement considering I missed months through injury.

People say the play-offs are the best way to get promotion, but you think no way, surely it’s better to win the league! But, having won in the play offs, it is a fantastic feeling and I wouldn’t have swapped it for anything in the world. 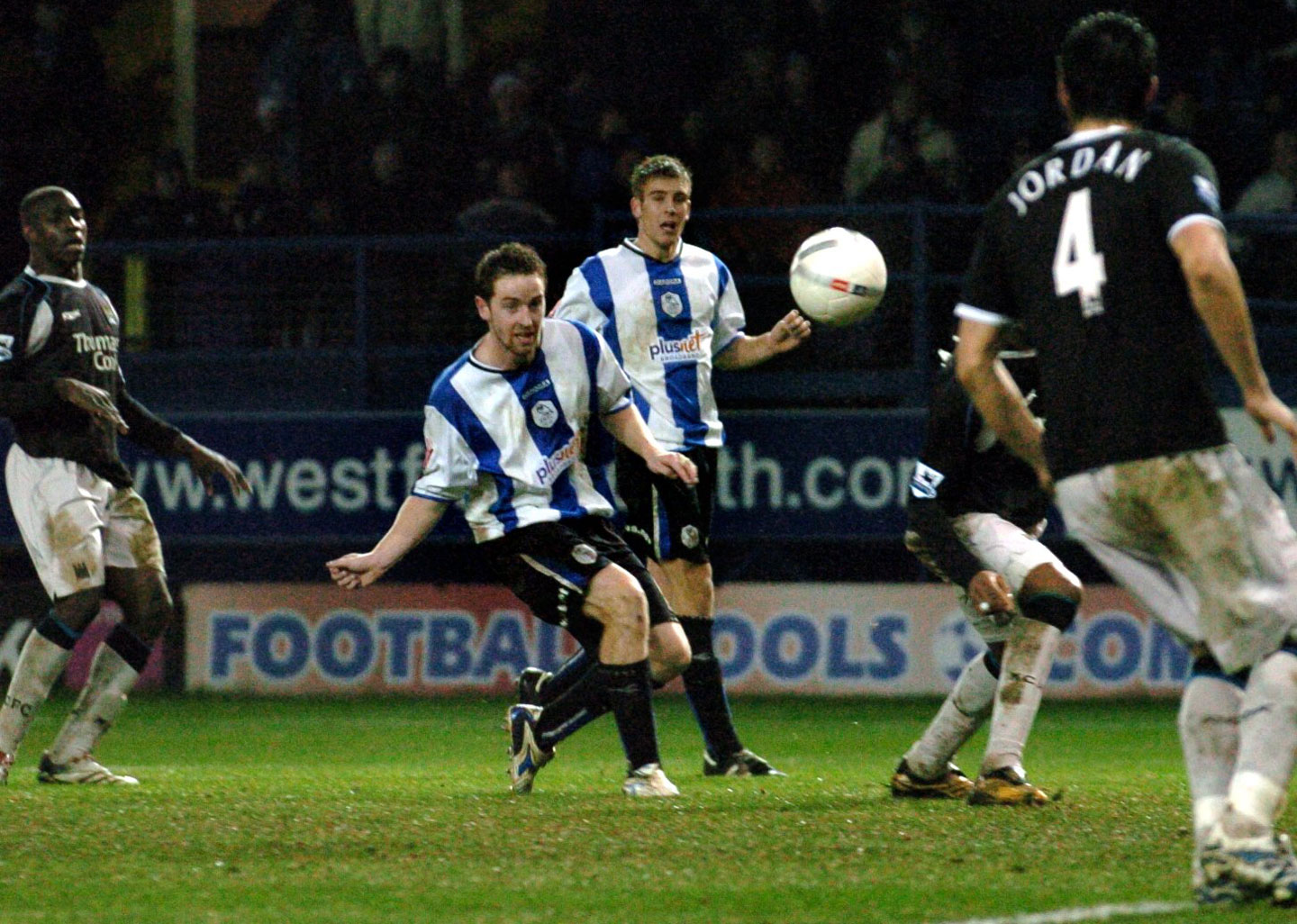 The season after promotion started with a nightmare. It was the last pre-season game against Manchester City and I went up for a challenge with Sylvain Distin and landed heavily. I did my knee and broke my leg at the same time, so I was gutted. It was pretty much my season over, I only played a handful of games.

The season after that, 2006/07, was better and I played over 40 games and finished joint top goal scorer. The Championship is a very competitive league and we were a little unfortunate not to get to the play-offs in the end. We finished ninth, but not far off. It was a positive season for us considering we didn’t start great.

I had many strike partners while at Wednesday. In the early days I played with Lee Peacock and Adam Proudlock, then Kenwyne Jones came in and I hit it off with him. Also, Deon Burton and Marcus Tudgay. I think the best person I played up top with was  Jones, he had so much ability and he could jump about eight feet tall! He wasn’t one for training, he didn’t like the cold, but when it came to a matchday he was certainly a handful! 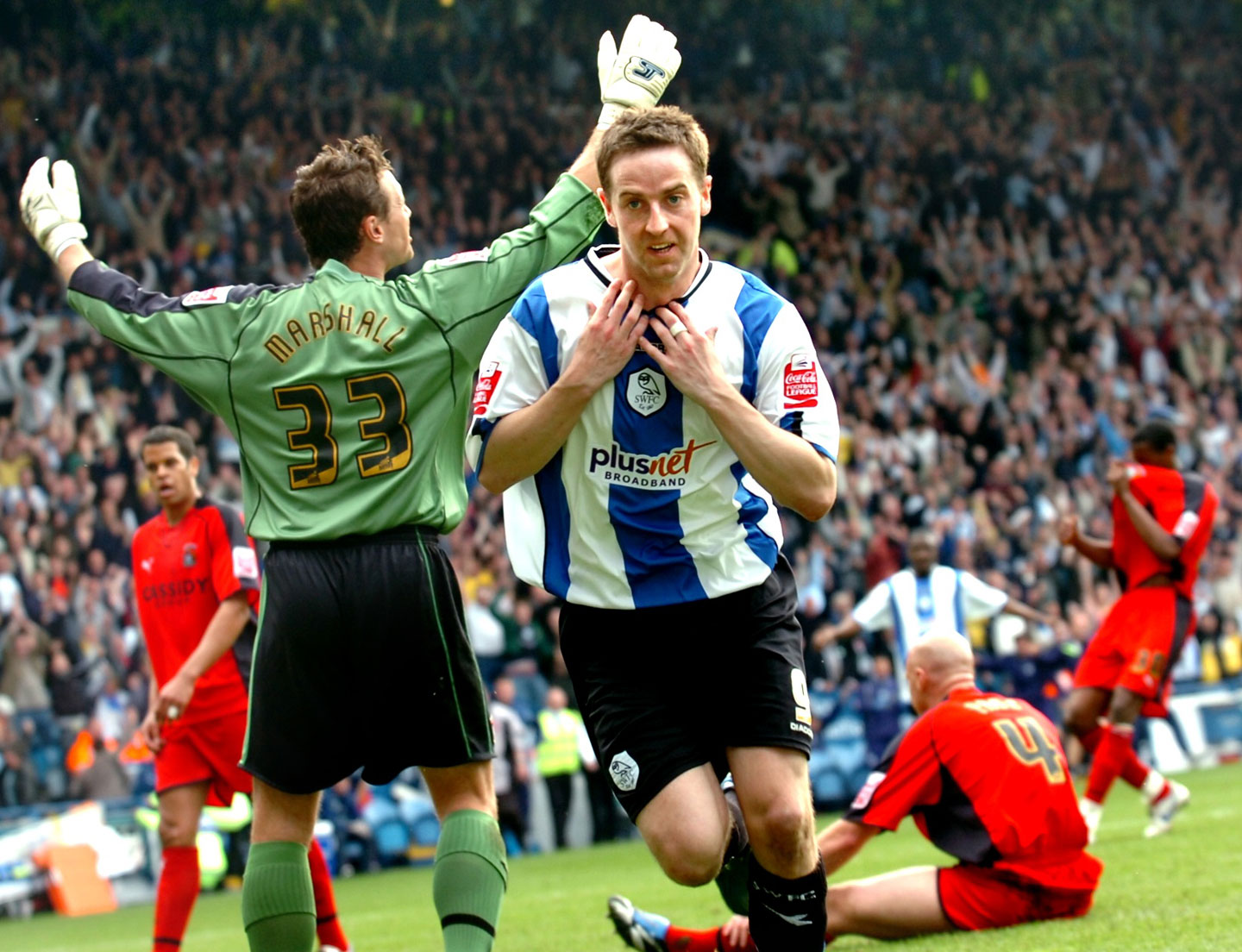 I loved playing at Hillsborough in front of the big crowds. If you give Sheffield Wednesday fans everything you’ve got then they respond to you really well. They loved to see good football but mainly giving 100%. They took to me well because I tried hard and I scored a few goals as well. I liked to be a team player and I had a good relationship with them.

I came back and played for Plymouth against Wednesday, and I scored, but I had that much respect I didn’t celebrate, I still got a wee bit of abuse though!

I loved Sheffield as a city. I lived near the training ground at Wadsley Park Village. My wife came with me and my son, and my daughter was born in Sheffield. We still have friends down there and it was a great time.

Looking back, should I have moved? Probably not. But sometimes in football you get opportunities and you have to see where they take you. I missed Sheffield, and playing for Wednesday, when I left.

I lost my way for a bit after I left, but then when I moved back to Scotland I found my mojo again. I’ve won two Scottish Cups and I put getting promoted with Sheffield Wednesday up there with them.

I love playing, there’s nothing better than a Saturday. Football is all I know, I’ve been doing it since I could walk. I’ve done it for twenty years now and hopefully I can be involved for a long time to come.

And I still always look out for Wednesday’s results.