As far as iconic occasions go, ‘the Brighton lights’ is right up there in Hillsborough history. Four years ago today, the Old Lady beamed and rocked in equal measures as Wednesday put down a 2-0 marker against Brighton in the Championship play-off semi final first leg.

The football was mesmerising on the pitch and off it, memories were made to last a lifetime. The stadium was aglow as Wednesdayites illuminated the Friday night sky. To see the spectacle from the stands was one thing – to play in that atmosphere quite another, as popular wideman Ross Wallace exclusively recalls to swfc.co.uk:

“Time has flown by so quickly, I can’t quite believe it’s four years, but I remember that night and that game like it was yesterday. Even before the game, with the build-up in the stadium, you just had that feeling you were going to part of something special. 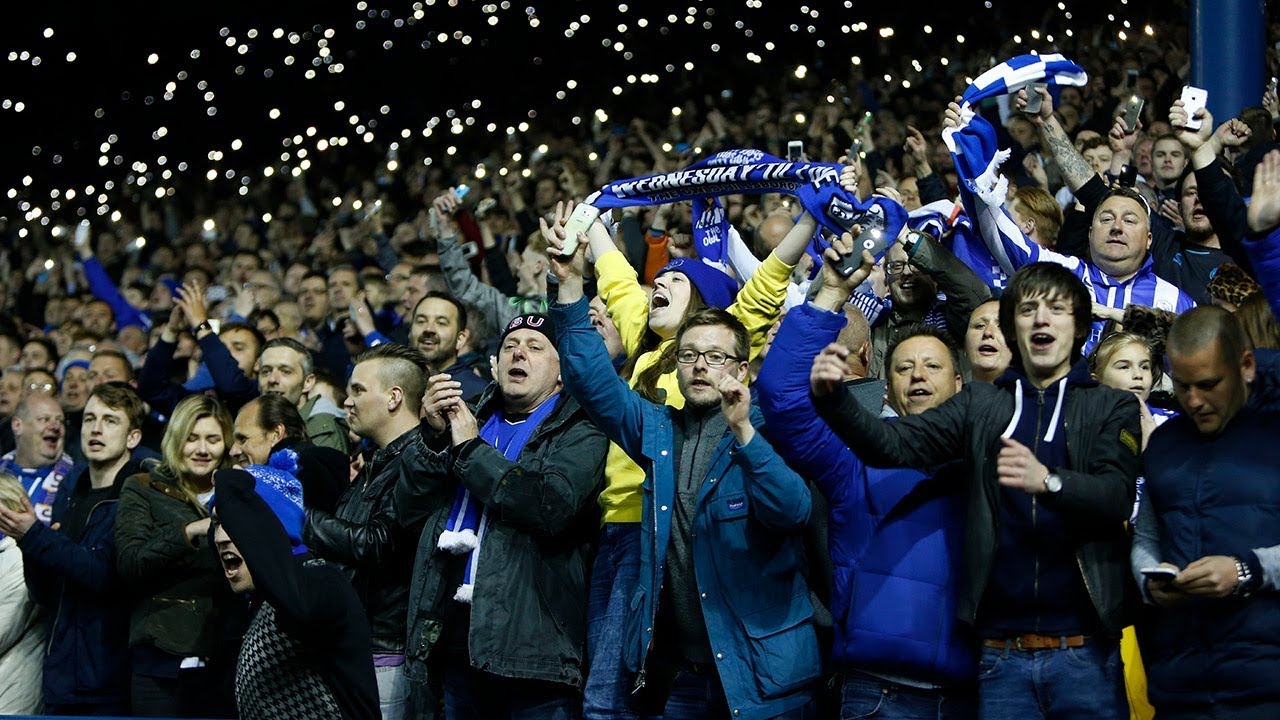 “The atmosphere built into a crescendo and just before the game kicked off I remember taking a step back and looking all around the stadium. As a footballer you don’t get to experience too many things like that, the noise, the vibe, was just incredible.

“When we scored the roof came off but when we got the second it was something I have never seen or experienced in my career. The lights were everywhere, the noise went to another level and the feeling was just….well, you can’t really put it into words. I swear the place was moving…”

It was Wallace who broke the deadlock just before half time with a sweet left-foot hit that flew past David Stockdale – whose goal had already been breached once only for a raised flag to come to the keeper’s rescue.

Wallace recalls: “It was Fernando who went through and slotted it in from the edge of the area and we went crazy, the whole place went crazy. Then we saw the flag go up and that’s another feeling you can’t really describe, but on the other end of the scale. 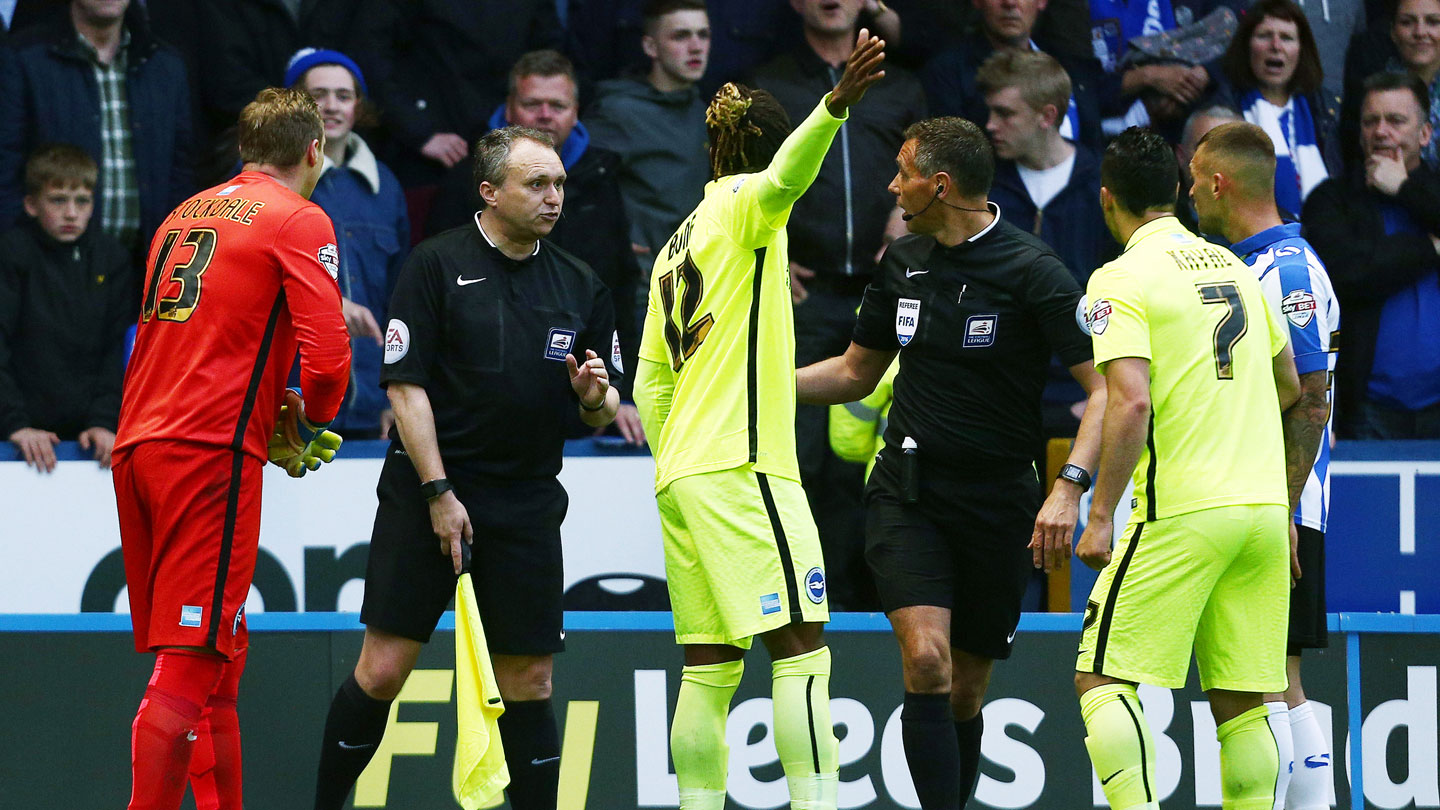 Undeterred, the Owls pressed on and it was a Wallace strike that did count right on the whistle:

“It was almost half time and I remember picking up the ball and I saw Hunty charging down the right from the corner of my eye. Normally I would play him in but not this time I thought, I’m having a go. I hit it sweet and knew straight away it was in. The adrenaline rush takes over and I didn’t know what to do or where to go to be honest! I just kind of wheeled to that far corner which I always did for some reason. Then Fernando was telling me to look at the linesman, it was offside and I thought ‘no, no….no way’…..but of course he was winding me up so I had all those emotions again in the space of a few seconds.”

Kieran Lee doubled the lead midway through a second half that saw the visitors reduced to 10 men, with no less than four players forced out of the action through injury. Consequently the lights were out on the Brighton challenge and beneath an electric atmosphere in the home stands, Wednesday powered on. As if further stimulus was required for the second leg, Wallace reveals how a hint of Seagulls sledging stirred Wednesday’s will to win:

“As we were coming off, some of the Brighton lads were saying ‘hey, it’s only 2-0….it’s only 2-0…’ and that just fired us up even more. We went down there for the second leg with confidence and not fear. We knew they had a great home record and we knew the atmosphere would be another one right up there. And it was to be fair….I think looking back you had two fantastic nights with two Premier League teams in waiting if you like.

“The game kicked off and it was like the Alamo really, it was attack after attack from Brighton and they got the goal. They came at us again and again but we broke out and I got the ball on the right, it was the first time we had a real attack. I looked up and spotted Hoops and the first thing as a kid you are told is aim for the far post…I floated it over with a bit of curl and Hoops just gave the defender a nudge and it went straight in. The relief and the rush was incredible. 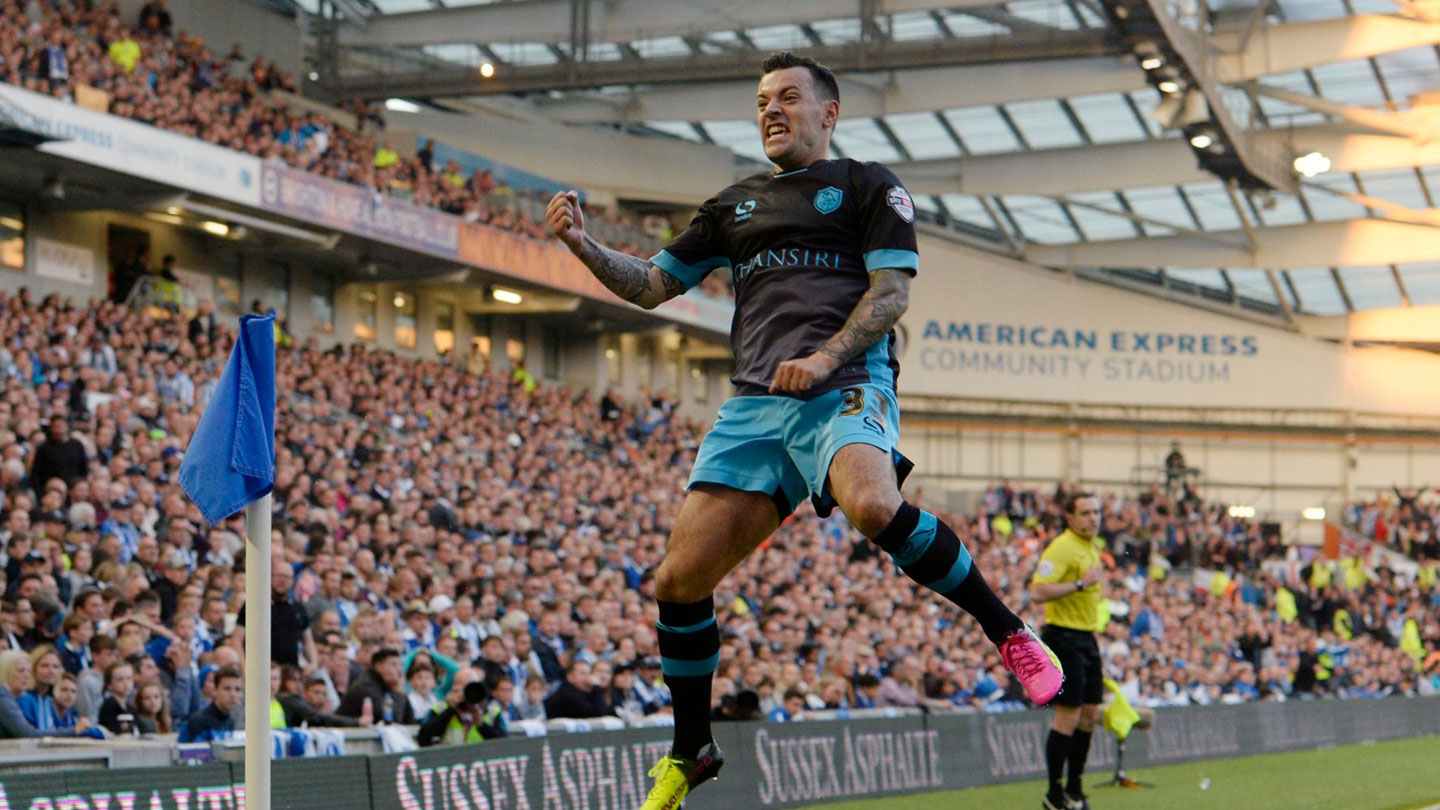 “That really took the steam out of Brighton….they came at us with so much force that when we scored….. they just couldn’t repeat it. We really settled down, we went in at half time and spoke about not playing too deep, keeping the ball, frustrating Brighton and it worked. It was pretty even after that and we’d done it. It was a fantastic feeling when that final whistle went and we knew we were going to Wembley.”

The rest, as they say, is history. Wednesday were overwhelmed in the final by a superior and savvy Hull side who Wallace admits ‘were far better on the day’. Bolstered by invaluable Premier League experience throughout, the Tigers proved too strong, leaving Wallace with bittersweet memories that define his three-year stay at Hillsborough:

“I think if it was anyone else but Hull we’d have won that game but we couldn’t match their experience and knowhow. We couldn’t get past them, they had that experience all over the park. It was such a shame and we were gutted for the fans, who absolutely took the place over. The two games before that were just off the scale, the reason you start playing football. You don’t get many chances to experience what we did and although it didn’t turn out the way we all desperately wanted it – for ourselves and the fans – they were moments and memories that will stay with me forever.”