Massimo Luongo is arguably in the best form of his Wednesday career, evidenced by an impressive Championship statistic from the season so far.

No one in the division has made more successful tackles than the Australian international, who has adapted with some aplomb of late to a deeper-lying role. 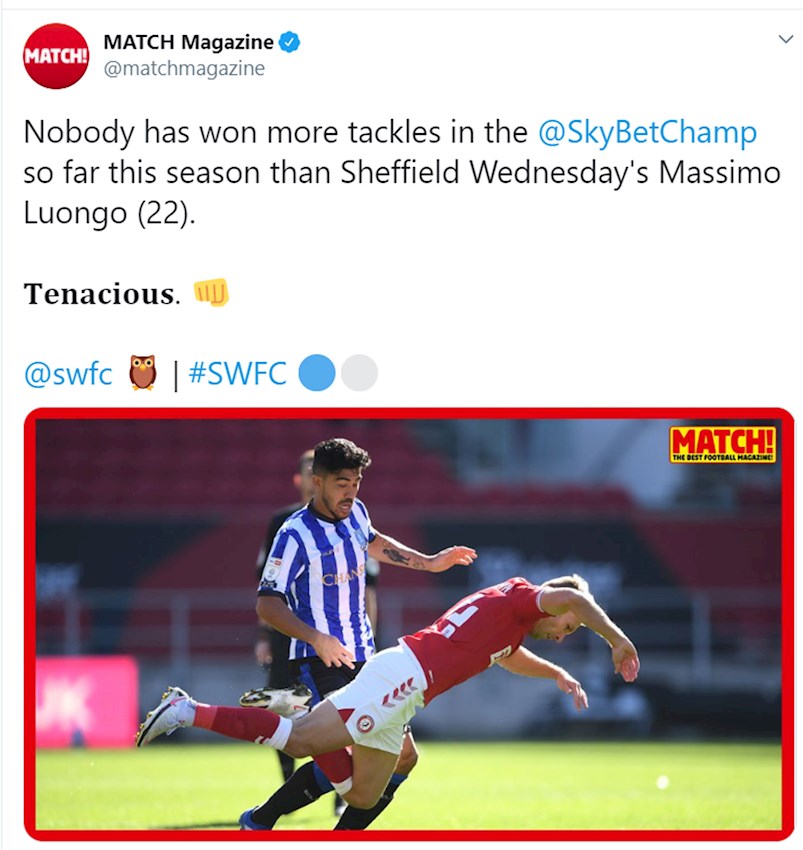 Luongo is out to extend his impressive pedigree when the Owls take on Brentford in midweek and told swfc.co.uk:

“It’s a slightly altered position for me at the moment which is good because there’s a lot of responsibility. I like it, I have the energy and I like a tackle!

“We’ve created a lot of good relationships on the pitch and no matter who plays where, everyone has a good understanding of their role.

“We’ve put in some good performances, we’ve kept some clean sheets and we have to keep that momentum going.”