Liam Palmer earned his sixth senior international cap for Scotland on Monday evening in the 2-1 victory over Czech Republic.

The UEFA Nations League, League B, Group 2 clash, which took place at the Andrův Stadium in Olomouc, saw Scotland come from behind to claim an impressive win.

Jakub Pesek broke the deadlock on 12 minutes with a deft finish to beat David Marshall.

But the visitors responded and levelled just past the midway point of the first half with Palmer claiming a superb assist for Lyndon Dykes.

The Owls defender, in acres of space, brought down a high searching pass on the right flank, before fizzing a low ball into the box for Dykes, to strike into the roof of the net from close range.

Seven minutes into the second half, Andy Robertson was bundled to the deck by Tomas Malinsky in the box and Ryan Christie made no mistake from 12 yards.

Scotland held on for the 2-1 win and now sit top of Group B2 in the UEFA Nations League. 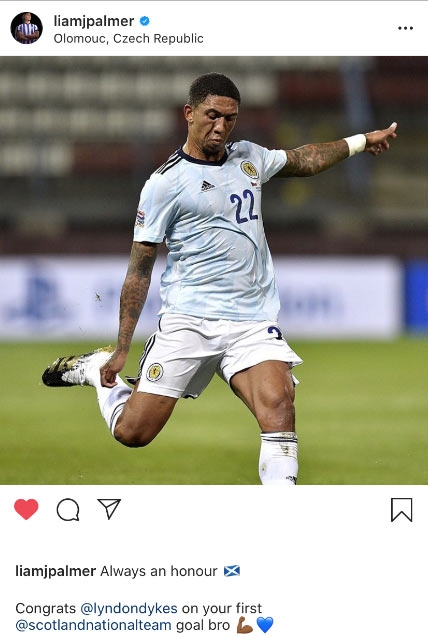