Assistant manager Jamie Smith says everyone at the club is rooting for manager Darren Moore to make a full recovery.

The squad were back in training on Friday morning for the final preparations ahead of tomorrow’s home clash with Bristol City.

With the news breaking on Thursday evening that the gaffer has suffered a setback after his recent contraction of COVID-19, Smith told swfc.co.uk:

“The manager has had a tough time, a very tough time but hopefully he has come through the worst of it and is on the mend.

“But the gaffer, being as he is, he’s still on the phone and wanting to know what is going on, he is still putting his input on things for tomorrow – it’s just how he is!

“But, yes, our thoughts are definitely with him and hopefully he can recover and be back with us as soon as possible.

“I keep telling him, gaffer you need to rest up, stay calm but 10 minutes later the phone will ring again! That’s just the way he is, he is so committed and right into it and he is gutted he can’t be here in and around everything.

“But his health is the most important.”

As was the case for Moore’s original isolation period from the club, Smith will lead the team on Saturday at Hillsborough.

Paul Williams will be on the touchline having recovered from the virus and made his return to training at Middlewood Road after his isolation period was complete. 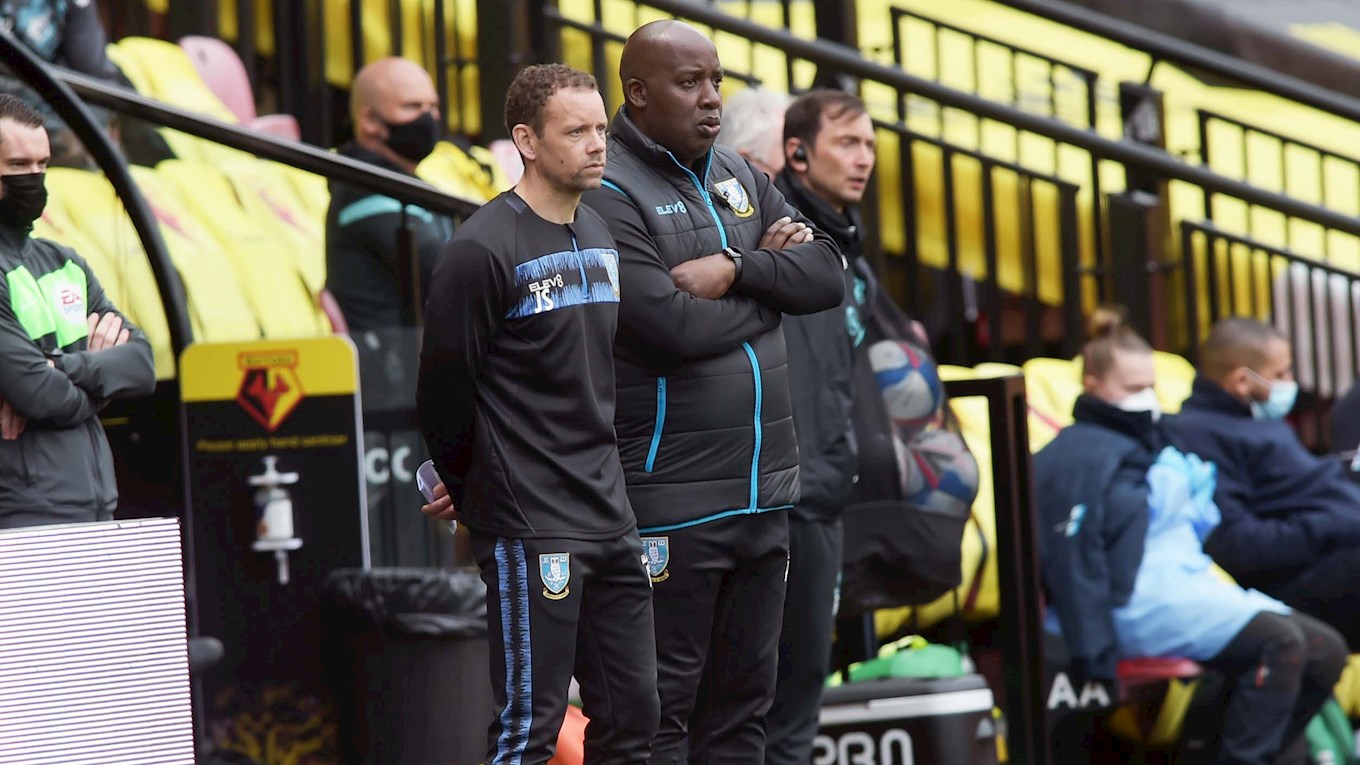 Smith continued: “The gaffer definitely has the trust in us. Monday was the first day he could come back in and then we were straight into the game on Tuesday.

“He doesn’t do anything by halves, he is always 100% in everything he does. He lives and breathes this game, kicking every ball with the lads but hopefully he is on the road to recovery and our best wishes are with him.

“The lads have responded really well this morning, obviously they are all thinking of the gaffer and want to put on a performance for him tomorrow.”