A first half Wednesday blitz paved the way for a resounding 5-0 win against Cardiff at Hillsborough.

Julian Börner, Callum Paterson and Adam Reach all found the target in a one-sided opening period that belied their side’s bottom of the table position going into the game.

Jordan Rhodes added a fourth after the break and Reach doubled his tally to conclude by far the Owls’ most impressive result and performance of the season. 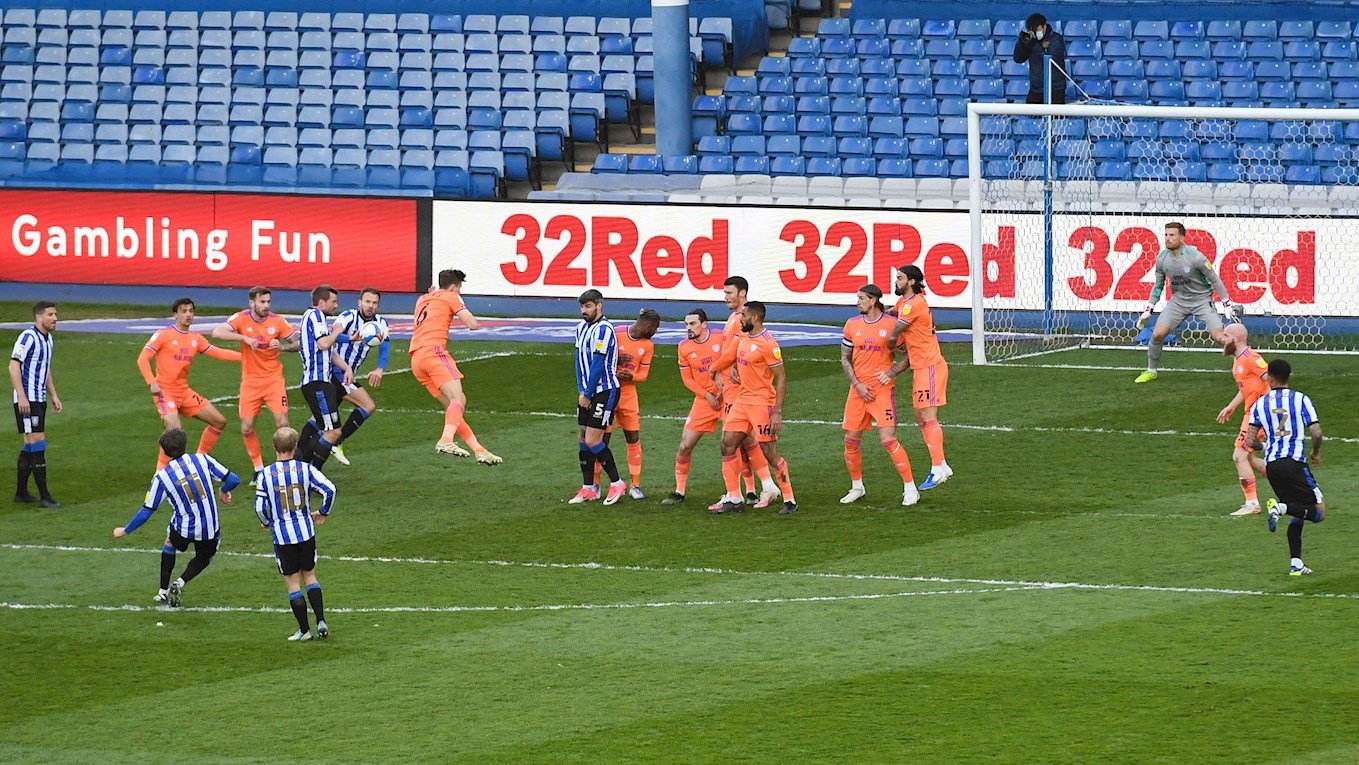 If ever a jolt of confidence was required, this was it, and Wednesday erected the perfect platform for the Championship run-in.

The hosts made the perfect start, taking the lead inside four minutes. The imperious Barry Bannan delivered a delicious corner into the mix from which the advancing Börner glanced expertly past Dillon Phillips.

The Cardiff keeper then won a foot race with former Bluebird Paterson following a short backpass before Phillips thwarted Rhodes on the angle in a busy beginning.

Joe Wildsmith gathered identical shots from Will Vaulks and ex-Owls loanee Aden Flint before Cardiff found themselves 2-0 down on 20 minutes. 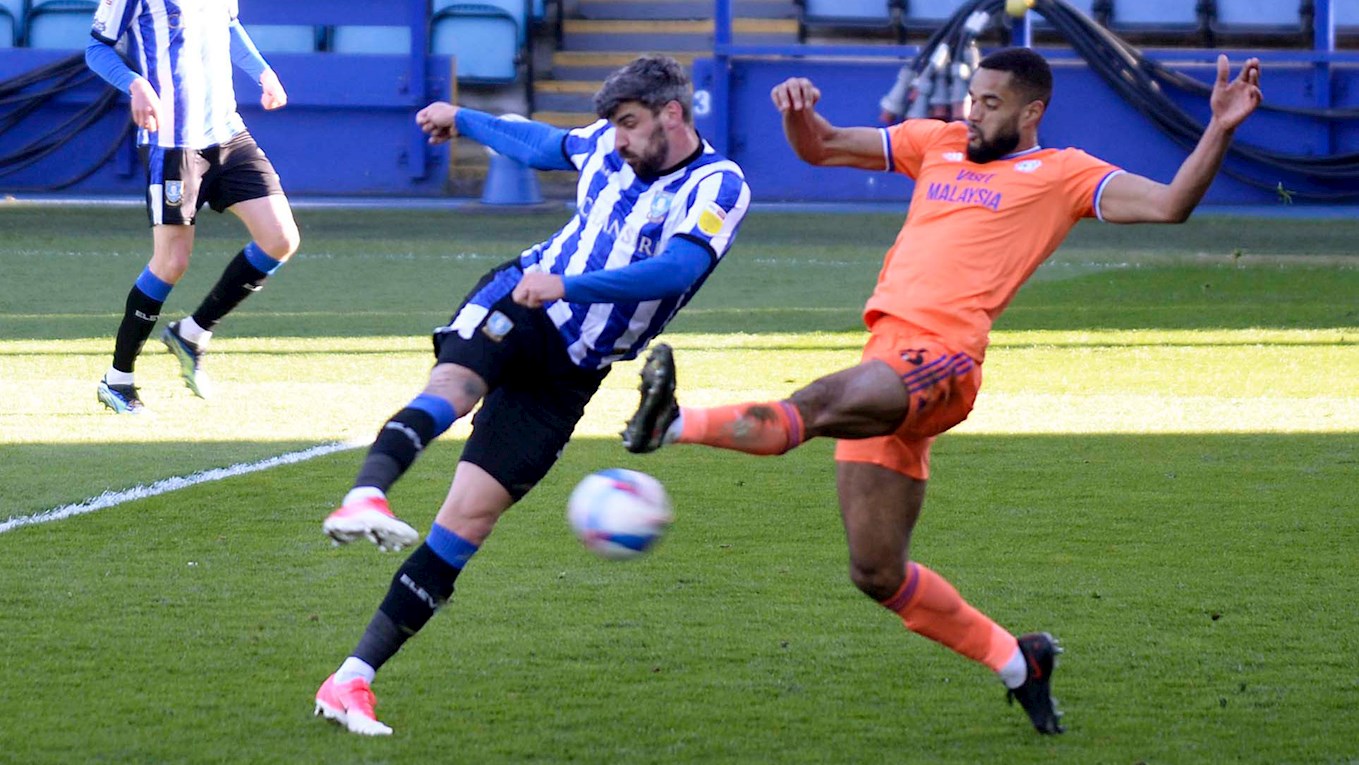 It was one of the most eye catching goals of Wednesday’s campaign too. Josh Windass swept a delightful ball out wide to Liam Palmer, whose first time cross was smashed home on the volley by Paterson.

But then, just three minutes later, that strike was trumped by Reach. Standing just outside the ‘D’ on a set piece, Reach took a step forward and unleased an unstoppable drive that whistled into the top corner.

The shell-shocked visitors, in terrific form under new manager Mick McCarthy, needed a swift response from the restart and Flint went close to providing it with a header that was narrowly wide.

Cardiff enjoyed more possession as the second half developed before a defining 64th minute saw Wednesday put the game to bed. 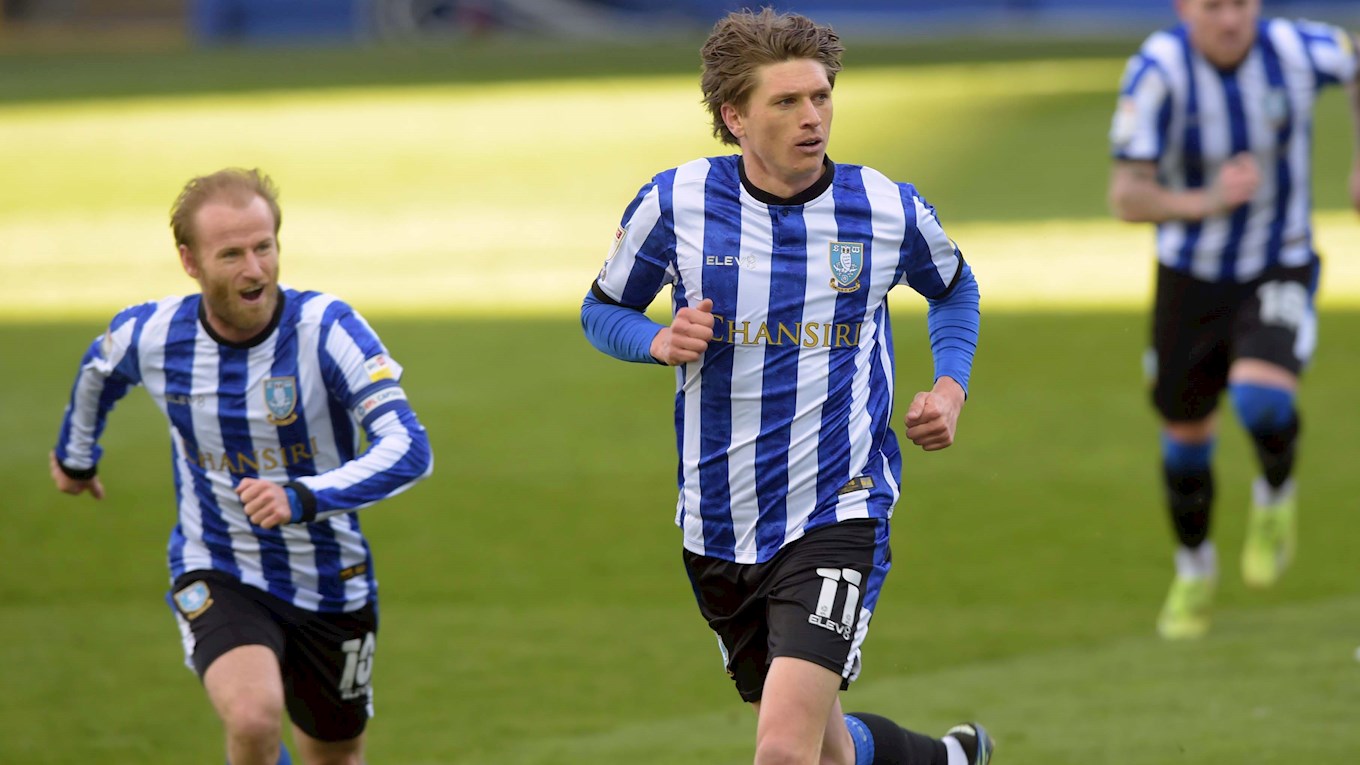 Marlon Pack went agonisingly close almost on the goal line and Bannan launched a lightning counter, sending Paterson clear down the right with a clever reverse ball. Paterson looked up to pick out Rhodes and the latter swept into the back of the Kop net.

And still there was more as the Owls made it 5-0 three minutes later. Reach fed Windass on the left of the penalty area and advanced to take the return into his stride and place adeptly into the bottom corner.

Substitute Harry Wilson hit the woodwork in a final fling for Cardiff but the remainder of the contest was academic, and Wednesday now head to the capital to face QPR on Saturday with renewed hope as the basement battle took an unexpected but welcome twist.