Here are the talking points from Darren Moore's press conference following defeat at the Stadium of Light on Thursday:

ON THE GAME
I am really disappointed and I apologise sincerely to our supporters. We came here tonight looking to get into the top six and the first chance to do a double over a team this season. I thought we started the game bright, we looked okay, Sunderland are real fast starters and we took the game away from them. But you can’t have basic elementary switching off against a team like that costing us goals and the way we have done today. We've only been able to train three times as a squad but i won't use that as an excuse because we've stepped into the arena and not performed.

ON THE FIRST GOAL
Okay, the first goal was debatable whether it was offside or not – sometimes VAR can’t always call it so it’s really hard with the naked eye but it looked offside – but after that we never really recovered. But did I see what followed and that result coming? Absolutely not. Over the past few months we’ve seen that resilience in the team and it’s so disappointing and I’ve said to the players that the only good thing is that we have a game in a few days’ time to work towards but tonight was a terrible performance and a performance I don’t expect to see from a Sheffield Wednesday side. I’ve had a go at the players tonight and let it be known that the standards out there were not good enough. 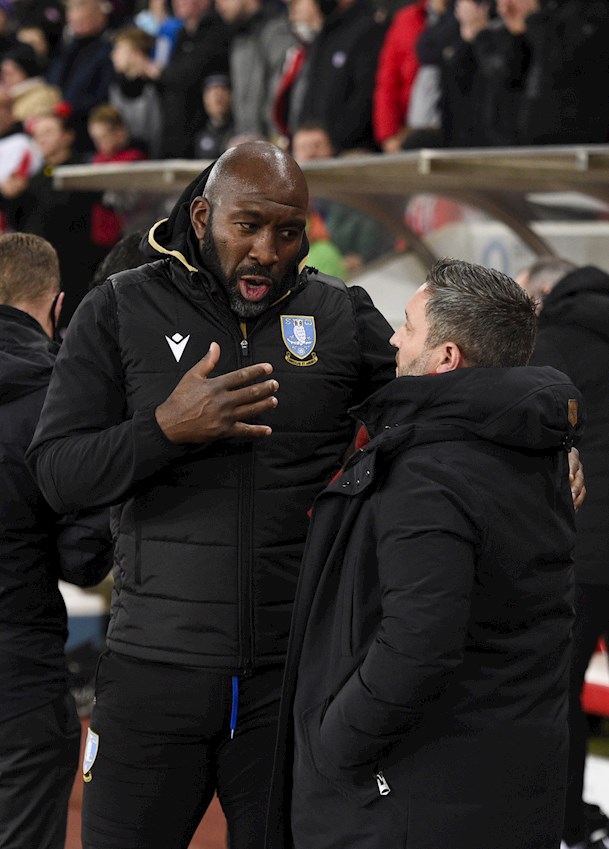 ON CHEY DUNKLEY
Chey came off because his hamstring tightened up and it felt like it could go at any time…the longer he was out there it was getting tighter to a point where it was going to go and we don’t feel it has but we had to take him off the pitch. We lost some physical presence and I thought from a couple of set plays they capitalised on that.

ON JOSH WINDASS
Josh has had a minor strain and rather than risk him we’ve taken him out. He was so close but sometimes when you’ve been out for so long you pick up these minor strains and it’s all part and parcel of getting Josh back into it and playing. For Josh it’s about getting him back for the next 20 or so games not the next one or two, it’s about the whole second half of the campaign. It was more of a precaution than anything else tonight.

ON THE NEXT GAME
When you suffer a defeat like that the next game becomes even more important and it doesn’t matter who you are playing. We have to take our medicine from tonight, it wasn’t good enough, I know that, the players know that and we have to move on to the next one. We have to make sure we don’t show any more performances like that. Take nothing away from Sunderland but the defending was unacceptable and it’s our defending that has been so resilient which tonight eluded us after that first goal.